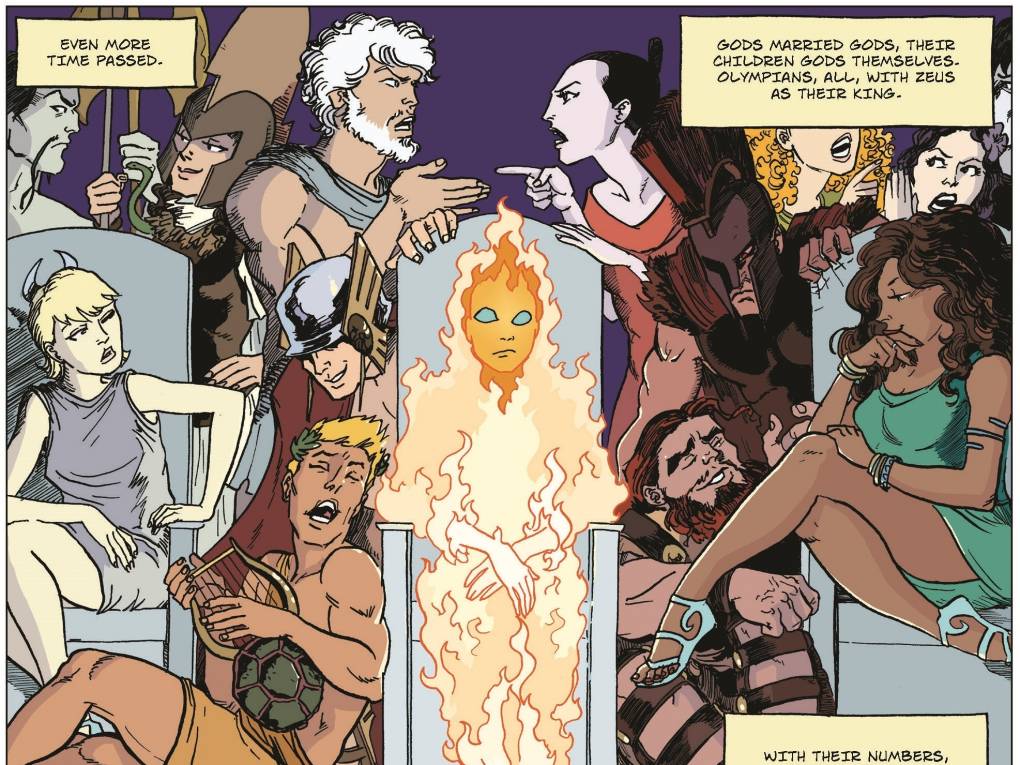 Take Zeus. O’Connor thinks a lot of the exalted depictions of the “King of Gods” are just wrong.

He pointed out that in most of the Zeus myths, the god is chasing those he’s attracted to. “He can look like anything he wants. He wouldn’t ever be the old dignified man. That’s not Zeus.”

O’Connor’s favorite goddess is Zeus’ wife Hera, whom he says is “full of quiet grace and dignity.”

“In many retellings, she gets cast very simply as a bad guy, as the jealous shrew of a wife,” he said, “not taking into account that Zeus is the worst husband imaginable.”

Hera’s marriage is betrayed. Artemis is clear that she will never be touched by men. Dionysos is born female and then becomes male. That the books don’t turn their gaze from all of this is refreshing, said Brent Elementary school fourth grade teacher Caitlin Arbuckle.

That’s part of the point of his books, O’Connor said. He doesn’t talk down to kids — and that’s what draws kids to them. “Greek mythology is filled with stuff that people would clutch their pearls at and be like, ‘But the children,'” he said. “I try not to clean up any of that. The world is filled with things that maybe upset your particular worldview, but they exist and they’re things that children are going to encounter. So why not encounter them in story?”

Dionysos is the last Olympian for O’Connor, ending his series. Next up: graphic novels on Norse mythology.

Jennifer Vanasco edited this story for air and web.