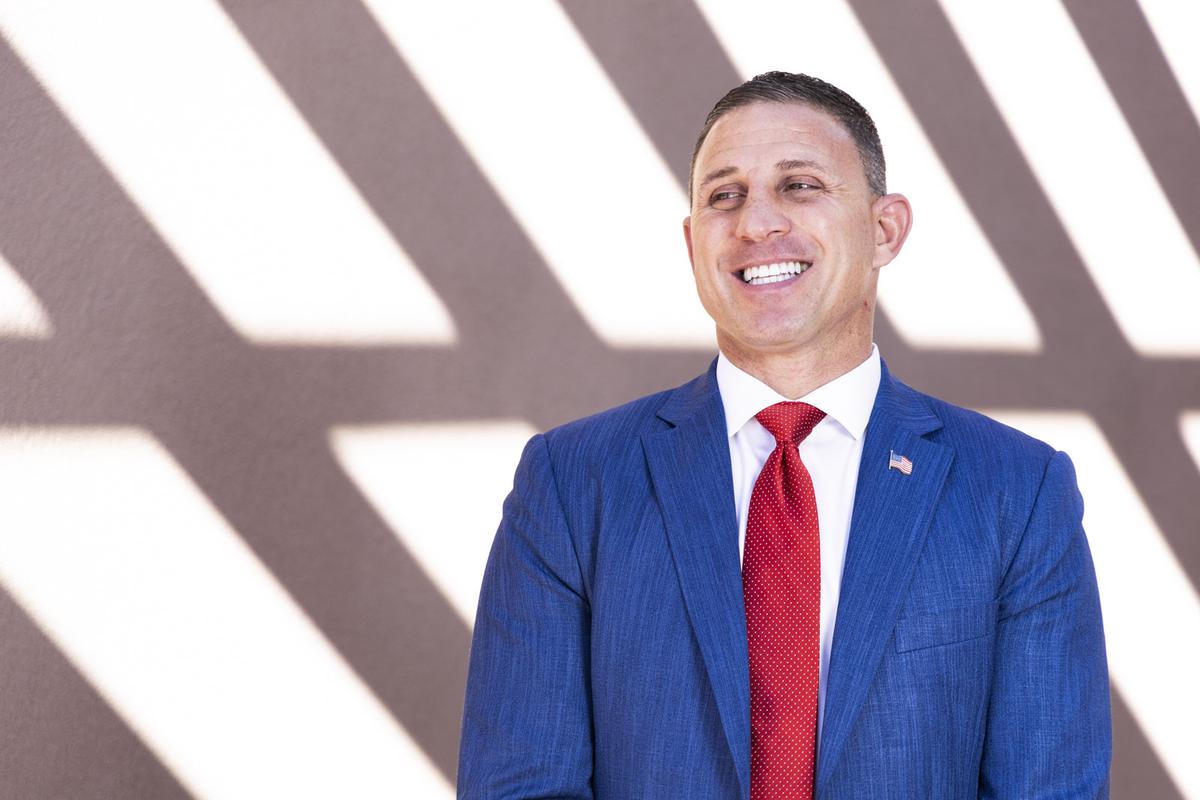 Nevada gubernatorial candidate Joey Gilbert, if elected to office, says he would declare a state of emergency to take over Nevada’s public schools and address the rising cases of violence.

Gilbert, an attorney based in Reno and former professional boxer, cited a Nevada Revised Statutes relating to emergency management that says that because “of the existing and increasing possibility of the occurrence of emergencies or disasters of unprecedented size” resulting from an enemy attack, fire, flood or other natural causes, or from “technological or man-made catastrophes,” the governor can implement emergency powers.

Legal experts and school officials say Gilbert, who is part of a crowded Republican field looking to face Gov. Steve Sisolak in November’s general election, would have a hard time implementing his proposal, which he says “will allow me to assume full control of all our schools, statewide, and implement a proven plan for turning them around within literally weeks.”

Paul Anderson, a Reno attorney with Maupin, Cox & LeGoy Attorneys at Law, said laws are created legislatively and the governor could seek to overturn statutes that have existed for years, but that would be a “pretty extreme action” that would require some type of legislative support. He doesn’t know if the situation is severe enough to require that level of intervention.

Gilbert cited the increase in violence, the poor academic rankings and substance abuse at schools as reasons for a declaration of emergency.

Man-made catastrophes, the law says, include “a crisis involving violence on school property, at a school activity or on a school bus.”

It’s the same law Sisolak cited when he declared a state of emergency — which is still ongoing — because of the pandemic in March 2020.

The law also requires the state to cooperate with the federal government “to the maximum extent” to carry out the functions of emergency management. Gilbert detailed his plan this week at Eldorado High School, where a 16-year-old student is being charged as an adult with attempted murder, sexual assault and other felonies.

“This provision gives the governor the right to implement emergency powers when local control has failed to resolve catastrophes, including man-made ones. And fail it has, for over a decade,” said Gilbert, who depending on the poll is considered a top-five contender in the primary field of more than a dozen Republicans.

Election Day for the primary is June 14 and early voting begins May 28.

Gilbert said that by declaring a state of emergency, he would be able to “individually and thoroughly assess the people who are leading our schools.” Gilbert would determine who is “good” and who is “poor,” and those who are poor would be replaced. When asked how he would make those determinations, he said he would look at their track records and “what’s been taking place” at their schools.

The declaration would last no more than 100 days, he said, and he would call a special legislative session regarding the schools and will sit with all appropriate parties. He did not provide many details of what the emergency declaration would entail, only saying more information would be released and that students would continue to attend in-person classes during the takeover.

Gilbert expects pushback from teachers unions, and he said the unions would have a choice to either support the teachers and the changes made, or he would decertify the unions.

“Never before in our nation has any governor been forced to exercise emergency powers over an entire state’s public school system,” Gilbert said. “But never before have any state’s school and political leaders cared so little about its children — their education and their future.”

Theoretically, there is some sort of intervention a governor could take, “but for absolutely no reason, absolutely not,” he said. “To suggest that you could do away with collective bargaining, that’s under state statute. … That would have to be passed by the Legislature.”

Katie Williams, a CCSD trustee, said it is possible for the governor to take over but she thinks there would have to be approval from the Nevada Legislature.

Gilbert isn’t the only one toying with the idea of the state taking over control of schools.

The Nevada State Board of Education has discussed what authority the state has to put Clark County School District into receivership for not implementing Nevada Assembly Bill 469, a reorganization law that was passed in 2017 transferring certain responsibilities from the central office to local schools. For example, it would give principals the autonomy to hire the staff they feel best fit the needs of the school.

In March, a subcommittee for the board of education met to discuss how a state takeover would occur, but it hasn’t taken action.

A state takeover occurs when a state removes control of a district or a school from the local education agency and turns it over to the state education agency, according to a presentation given to the subcommittee March 14.

School performance is the top reason for the state to take over a school, and 33 states permit a state takeover of a school district for either academic or financial reasons, according to the presentation.