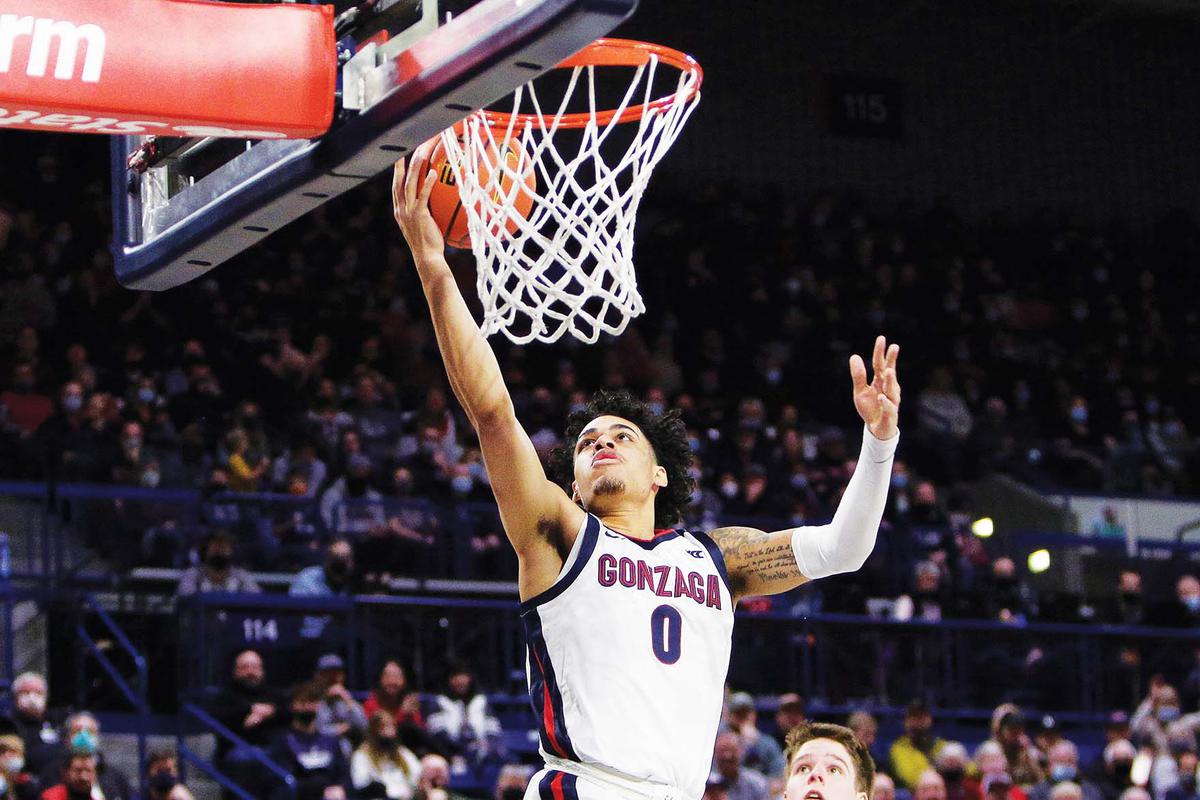 Las Vegas native Julian Strawther has declared for the NBA draft, hoping his strong play this season at national power Gonzaga will merit consideration in the June draft.

Strawther, a Liberty High School graduate, went from a reserve role in 2020-21 to becoming one of Gonzaga’s best players this past season. The 6-foot-7 forward averaged 11.8 points and 5.4 rebounds per game, and also knocked down 37% of his 3-pointers in showing his professional potential.

He made the announcement today on his 20th birthday, writing in a social media post that playing in the NBA “has been a dream for as long as I can remember.”

Strawther reportedly has NCAA certified agents, meaning he could pull his name out of the draft and return to Gonzaga for his junior season, if he chooses.

Strawther was a starter this season for Gonzaga, which was ranked in the top-5 — if not the top spot — most of the year. While he’s not listed in any mock drafts, some feel he’s only scratched the surface with the improvements and is worth the draft risk.

Strawther was a four-year starter at Liberty and arguably the best all-time player in school history. He was a four-star recruit for the class of 2020.