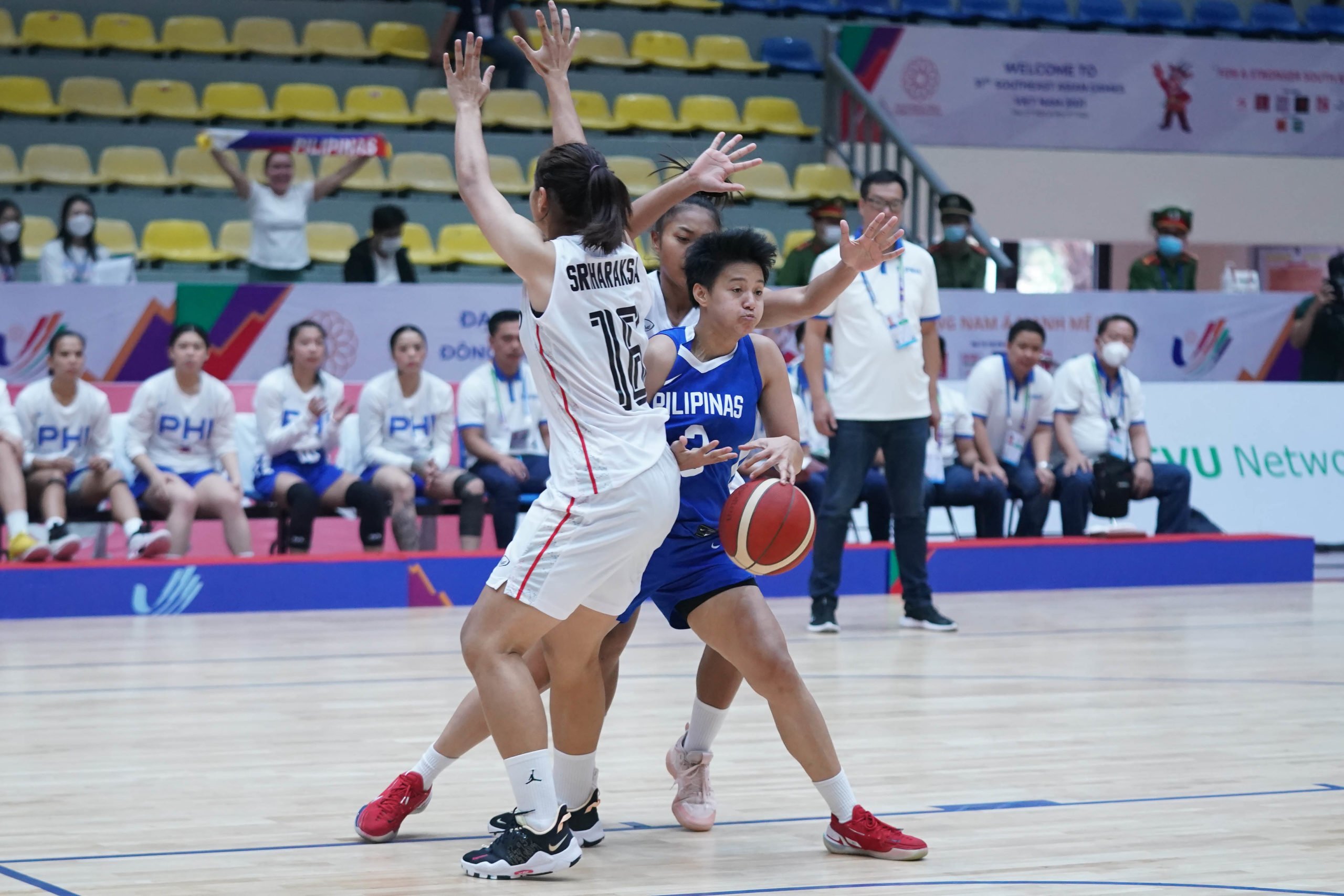 Afril Bernardino has punched in huge numbers for the Philippines in the Southeast Asian Games.—FIBA PHOTO

Afril Bernardino has taken on a heavier load lately for the Gilas Pilipinas women’s team in the 31st Southeast Asian Games.

With national team star Jack Danielle Animam healing a knee injury after toiling in Serbia as an import, Bernardino has been the country’s foremost weapon. And boy has she responded, averaging 18 points and 12 rebounds for the Gilas women as they hope to extend their reign in the 5-on-5 showcase.

And she has been just as hard-nosed on defense, logging about three steals and blocks, each, per contest.

“Afril is just being Afril,” he told the Inquirer via a message on Thursday from Vietnam, before a critical showdown against the host country.

Bernardino, 26, has been half of the program’s 1-2 punch beside Animam. But with the latter still recuperating, the three-time UAAP champion and Most Valuable Player has been tasked to do more than what’s reflected on the stat sheets.

“More than her production, she is expected to lead this team,” Aquino said.

It wouldn’t be a shocker if Bernardino carries her teammates’ bags to the game as well. Her impeccable play has opened up opportunities for the other players to assert themselves.

In Thursday’s 118-87 rout of Vietnam, it was Khate Castillo who led the way for the Philippines with 24 points, built on a 7-for-11 shooting from three-point land.

Gilas Pilipinas led by as many as 37 points to remain the only unbeaten team in the tournament.

“All the players [have] been stepping up, which makes Afril’s job a whole lot easier,” Aquino said.