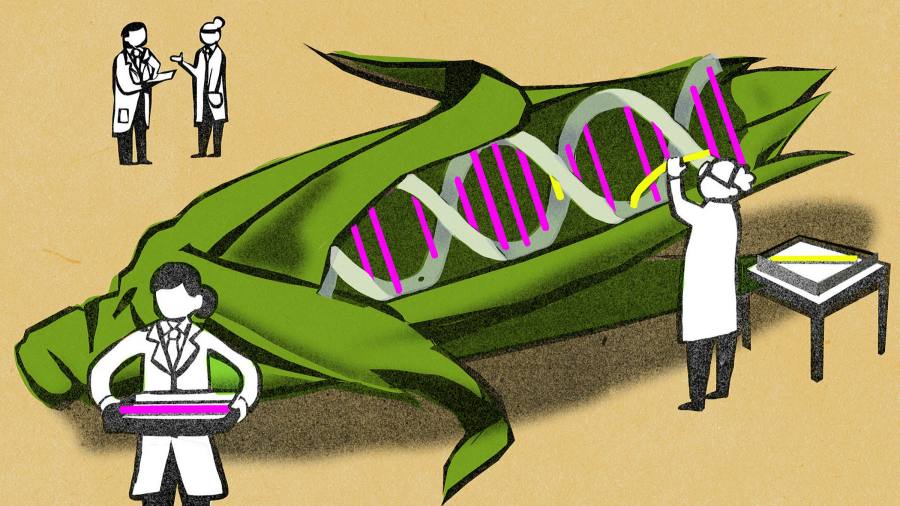 “Let us start now to liberate the UK’s extraordinary bioscience sector from anti genetic modification rules and . . . develop the blight-resistant crops that will feed the world.” So said Boris Johnson as he spoke outside Downing Street on the day he became prime minister.

With all the fury of Brexit, here was a bold pledge to fight back against the pressure groups who had blocked progress and stymied the UK’s agricultural bioscience sector. This was a genuine Brexit opportunity, the chance to diverge from unscientific EU rules.

Next week comes the first major legislative step on that path, with publication of the bill which opens the door on genetically altered crops being developed and grown in England. (The other UK nations decide separately.)

Amid the hyperbolic and often empty talk of Brexit freedoms — including the appointment of a Brexit opportunities minister whose preoccupation seems to be whether or not civil servants are in the office — the chance to forge ahead in developing and commercialising this technology offers one of the few significant gains.

Key to the change is the distinction between genetically modified and genetically edited organisms. While the first introduces DNA from another species, gene editing involves altering only existing DNA sequences. Researchers argue that the latter, also known as precision breeding, uses lab techniques to secure mutations which might have come from natural methods. Within the EU, Britain was bound to a one-size-blocks-all approach which classified each technology in the same way, prohibiting both. The UK is now clearing the way for gene editing.

Mooted and real advances include crops which are more resistant to heat or water shortages, or can repel pests without herbicides. They can also be used to breed out toxins. Hertfordshire-based Rothamsted Research has used gene editing to produce wheat with reduced levels of an amino acid which creates the probable carcinogen acrylamide when baked or toasted. Prof Nigel Halford, the man behind that research, says the bill is “tremendous. We’ve waited a long time for it.”

So the genetic technology bill is a moment to cheer. A new regime for gene editing will separate it from restrictive GMO rules, create notification procedures and regulate it on the basis of product risk rather than underlying technology. At first, it will apply to plants, but animal products will follow.

Yet for all the positives the bill is still decidedly circumspect. There is no loosening of the regime for GM food — the step foreshadowed on the steps of Number 10 — and even the moves on gene editing are cautious. There is also a question as to how long this will remain a Brexit opportunity. The European Commission is now consulting on similar steps and may legislate next year.

There are some good political reasons for moving slowly. GM crops are grown and consumed in many nations including the US, Canada, Brazil and Argentina, but no scientist or legislator will easily forget the “Frankenfood” tag which sabotaged GM foods in Europe in the 1990s. Drawing the distinction is part of the effort to reassure, though green groups also object to gene editing, voicing fears over crop and insect biodiversity and the overuse of soil.

Then there is the trade question. The more the UK diverges from EU rules, the harder it will become for domestic food producers to sell to Europe. Since gene editing is almost impossible to detect, the possibility of cross-pollination from precision-bred crops could erect further barriers. This will be even harder if the UK diverges on GM products.

So it is perhaps churlish to complain that ministers are not running when they have at last started to stride. Prof Halford believes the changes could be enough to secure UK partners for his next funding round.

But this bill must be just the first of many steps. The tide on genetic technology is moving in the UK’s direction. Properly regulated, the potential is clear. In the era of climate change, these scientific advances can deliver hardier crops which help avert famine.

The UK, however, is decades behind the US. A year after Johnson’s speech, Rothamsted sought commercial backers for another product, a GM plant which produces high levels of Omega 3 for fish-farming food. But since investors need to see a market for their product, its partner is a US firm, Yield10 Bioscience. The intellectual property may reside in England; the economic gains will mostly accrue to Massachusetts. So ministers and scientists need to make the case as to why the rules cannot indefinitely exclude GM produce.

The government fought hard for a Brexit which offered the maximum scope for regulatory divergence. Yet the supposedly newly nimble UK has been slow to take advantage of these expensively won freedoms. Capital reforms for the insurance industry are still out to consultation. The EU has moved faster on digital competition regimes.

Here then is a case for the divergence Johnson lauds, the chance to make Britain the hub of agrigenomics in Europe. Furthermore, it is an area where the government is right.

This bill deserves two cheers. But the third must be reserved for when ministers have the confidence to challenge more assertively the unfounded, unscientific prejudices which hold back the technology Johnson hailed with such Olympian rhetoric in his very first speech in the job.