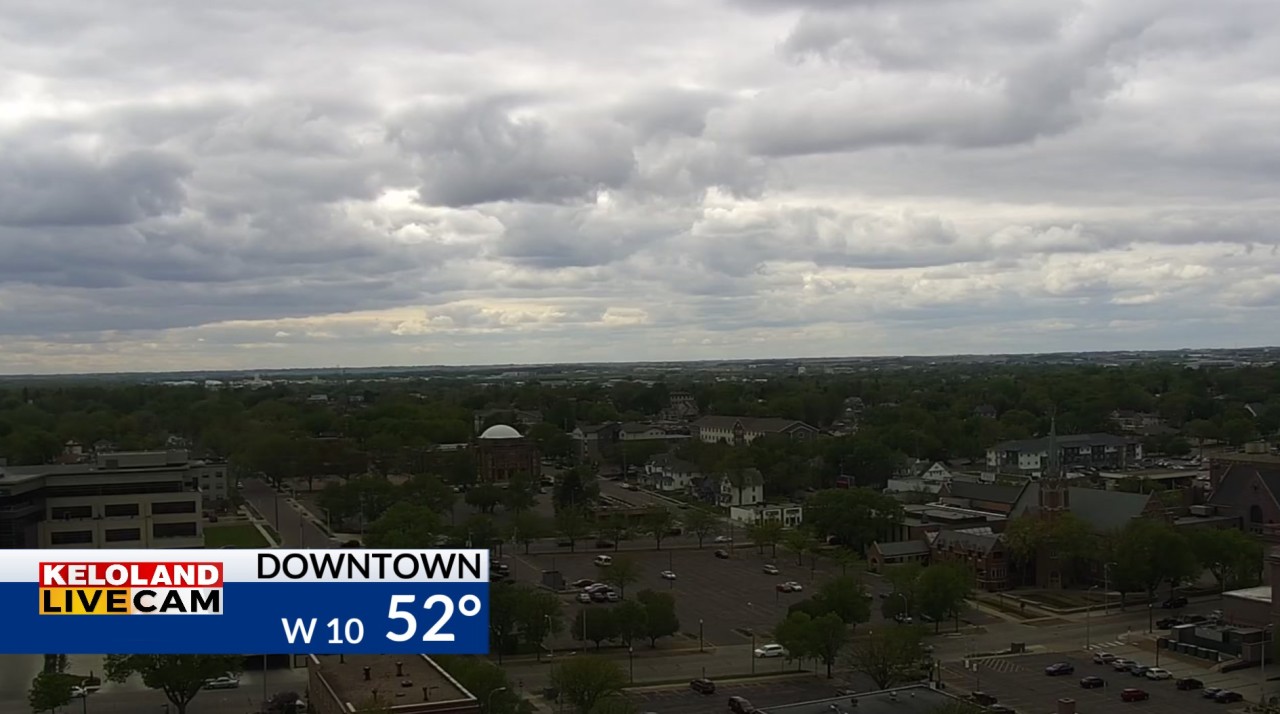 It was a chilly first half of the weekend across the region, and we’re not done yet with these below average conditions. Granted, I don’t think it’ll be as chilly as today by day.

We’ll gradually clear out as we head into the night, which will set the stage for another rather chilly night. Frost and freeze headlines are in place across the entirety of KELOLAND beyond the Black Hills until mid-morning on Sunday. Cover up your temperature-sensitive plants or bring them in if you can.

Overnight lows fall into the low/mid 30s with some upper 20s possible to the west. Our only saving grace will be if cloud cover is slow to depart.

Skies clear out a bit more going into the second half of the weekend, which will allow temperatures to rebound a bit more than Saturday…low of a bar as that may be to clear.

Highs reach the mid/upper 50s to the northeast, with highs reaching and getting over the 60 degree mark elsewhere.

Cloud cover returns by Monday, with rain on the way as well. We may even hear an isolated rumble of thunder at times.

Temperatures stay around 10 degrees below average for the later part of May, with highs in the 50s to low 60s.

Spotty showers are possible at times through midweek, but we’ll try to clear out by the time we reach the end of the work week. All the while, below average high temperatures will stick around across the region.

By the end of the week, temperatures finally rebound properly and even get into above average range by Memorial Day Weekend.

Manufacturing Plants Aren’t Just Mysteriously Getting Burned Down In The United States, It’s Happening Around The World…