For Enedina Vasquez, Life and Art Were Inseparable – Texas Monthly 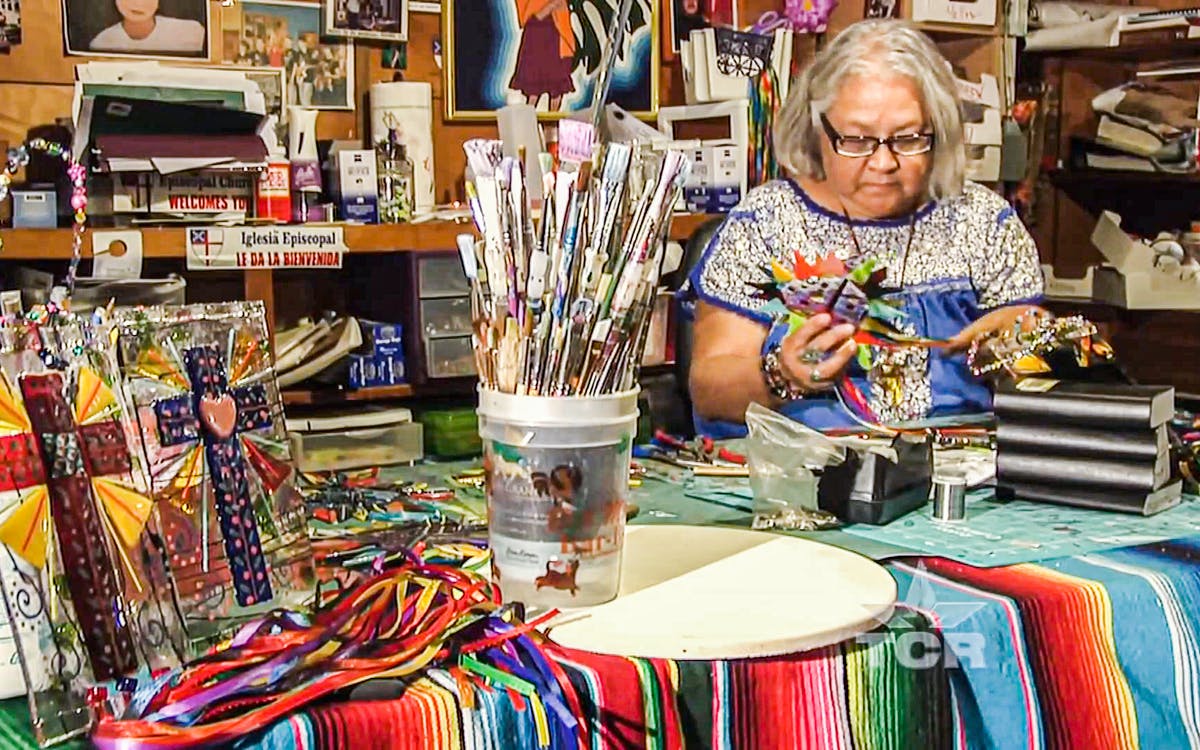 Most of us have at least a few pictures from our childhood. Snapshots of life the way it was in our growing-up years, maybe with brothers and sisters or close friends. Family gatherings at birthdays or holidays, or maybe even on a family vacation.

Enedina Vasquez did not have a single picture of herself or her parents or siblings. Nothing at all to help visualize her childhood. When we met Enedina in 2013, she told me that her parents were migrant farmworkers—that they never had a camera and moved from place to place all the time.

She started by collecting old photographs of other people she didn’t know, and over time, almost every square inch of the walls of her San Antonio home became covered with art she created: paintings, sculptures, writings, and a special collection of several drawings of people without faces, a series that was directly inspired by the photos of strangers she collected.

“Those became my photographs that I’m leaving to my son to say, ‘That could’ve been me,’ ” she told us during the interview. “It’s a universal thing that we go through called childhood.”

Enedina also created art from broken glass, describing the symbolism she sees in how people can be broken and fused back together. Now her art, which has been at the Witte Museum, art galleries, and gift shops, has become a part of other people’s lives and memories.

Enedina Vasquez died in August 2021, leaving behind a collection of work that is greater than anyone’s childhood photo album. And she left behind a piece of advice as well: to hold on to memories—they are all we really have.