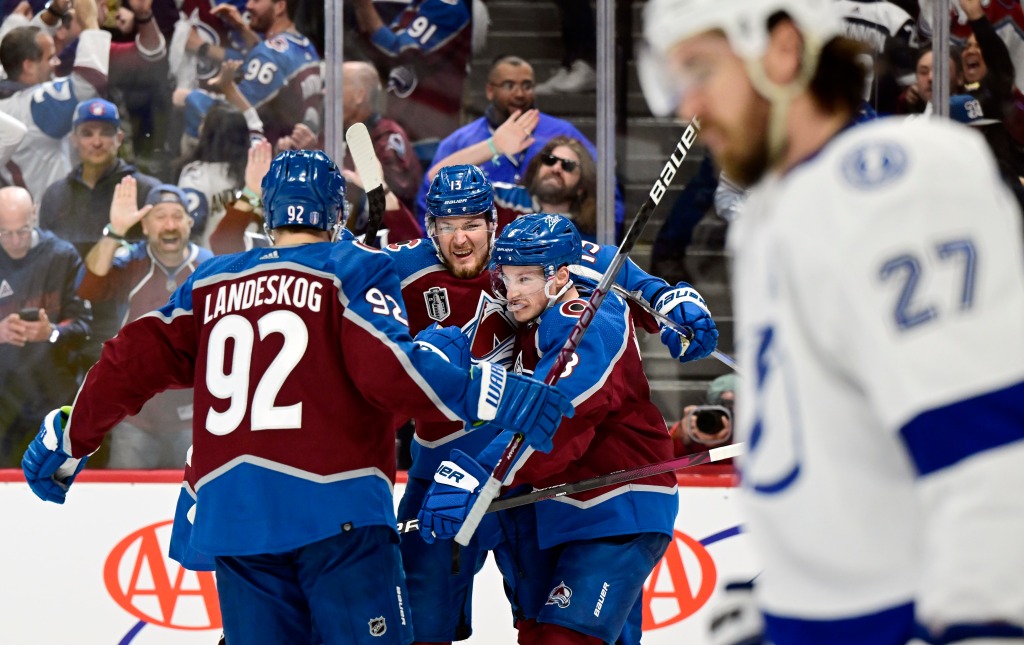 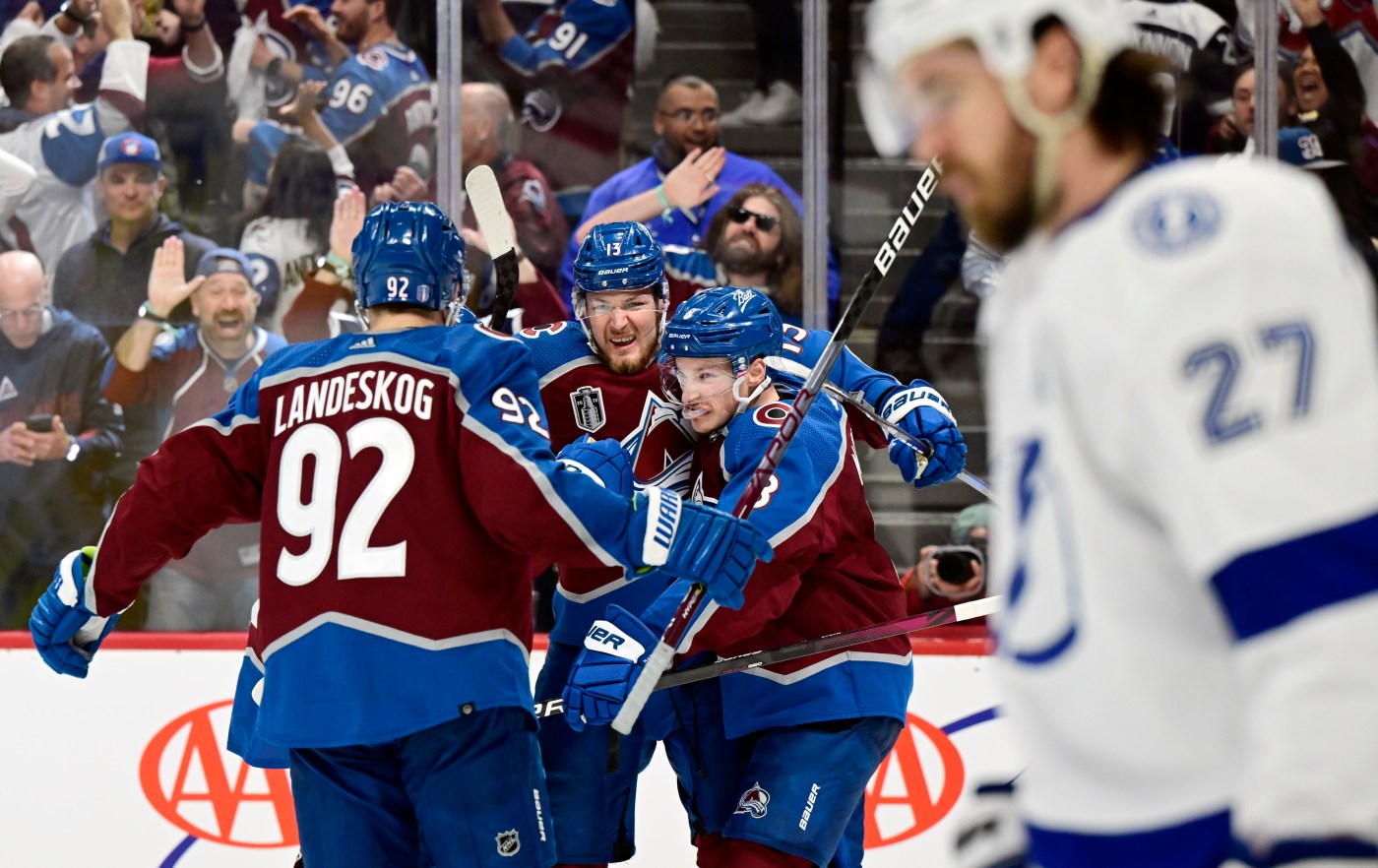 TAMPA, Fla. — The Avalanche has its second opportunity to win the Stanley Cup, this time in Game 6 on Sunday night at Amalie Arena. Here are five things to watch.

1) Road warriors and OT. The Avs, who are looking to win the Cup for the second time in Florida (1996 against the Panthers in Miami), are a league-best 8-1 on the road this postseason and have clinched their previous three series outside Denver. If they continue to play with that confidence and swagger at Amalie Arena the Stanley Cup might make it to the ice postgame.

And in overtime, Colorado has been nearly perfect, going 5-1 to tie the 1996 Cup-winning team for the most OT wins in a playoff year. Perhaps the Avs are destined to win the Cup in a stressful environment on the road.

2) MacKinnon and company. Is it time to reunite center Nathan MacKinnon with wingers Gabe Landeskog and Mikko Rantanen? The often-called MGM Line has been intact at times this postseason – including late in Game 4 – but it might be time to win or lose with the heralded trio at even-strength. MacKinnon has been playing with Landeskog and right winger Valeri Nichushkin, and Rantanen has moved to the second line with center Nazem Kadri and left wing Artturi Lehkonen.

Avalanche coach Jared Bednar likes having Rantanen and fellow Finn Lehkonen together on the wings but Rantanen had just one shot in Game 5 and Lehkonen didn’t have any. It might be time for Bednar to stack the MacKinnon line with the two wingers most familiar with No. 29, who has yet to score a goal in this series with his stick. Something is off with the top six at even strength so perhaps Bednar will go back to what has worked so well in the past four years.

3) Disrupting the flow. The Avalanche is at its best when it attacks in waves and wears teams down with unrelenting pressure. But early penalties stall that plan. Colorado took the first penalties in Game 5 and it disrupted the game plan of creating that offensive storm in front of the Stanley Cup-craved crowd at Ball Arena.

Third-line center J.T. Compher is bound to have a better Game 6 after taking high-sticking and holding minors in Game 5. And second-line center Nazem Kadri’s hooking infraction on the back check through the neutral zone wasn’t necessary. If the Avs play more disciplined and only take penalties that they have to — the ones that prevent scoring opportunities — the flow will go.

Kuemper needs to reach .920 or better to beat Tampa Bay and goalie Andrei Vasilevskiy. The Lightning has the edge in the comparison and it’s what gives them confidence. “Vasy” stopped 35 of 37 shots (.946) in Game 5. The Avs need Kuemper to close the gap.

5) Taking the lead. Tampa Bay is 4-5 when allowing the first goal and 2-5 when trailing after two periods this postseason. The Lightning hasn’t been great at comebacks and the Avs are naturally more successful when playing with a lead. They are 8-2 when scoring first and 9-1 when taking a lead into the third period.

Colorado has nine comeback wins this postseason, a club record that is tied for the second-most in NHL history. But the Avs would rather not be in that position.

Battered by Floods and Trapped in Debt, Pakistani Farmers Struggle to Survive