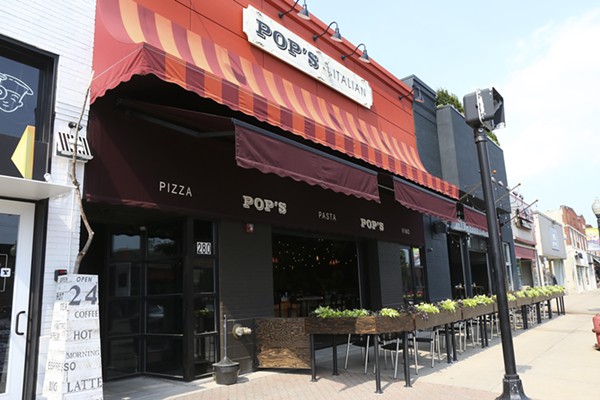 When Pop’s for Italian announced last week that it would be closing temporarily for renovations, they really meant temporary.

The Ferdnale restaurant announced that it would resume business Wednesday, July 6, after shutting down for updates to its dining room.

The restaurant closed after hosting the first Pasta Slam competition on Sunday, June 26, organized by the Hometown Restaurant Group (the management company that owns Pop’s, One-Eyed Betty’s, Public House, and the upcoming Tigerlily in the former Antihero space). The winner, One-Eyed Betty’s head chef Dustin Schuler, will have his dish Potato Gnocchi Poutine added to Pop’s menu for the rest of the year.

Along with the updated kitchen, starting Saturday, July 9, Pop’s will be extending its weekend brunch hours to 10 a.m.-3 p.m., serving pizza and salads during the transition time before dinner begins at 4 p.m.