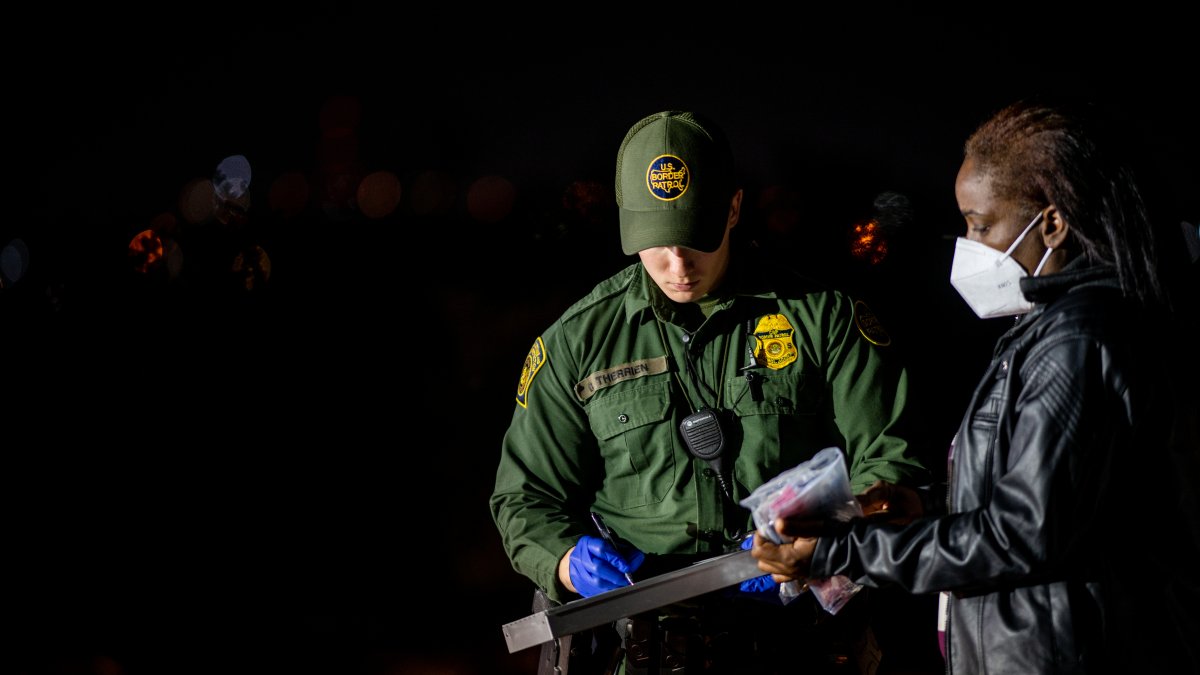 A federal judge hears arguments Friday on whether the Biden administration can lift pandemic-related restrictions on immigrants requesting asylum later this month.

Migrants have been expelled more than 1.8 million times since March 2020 under federal Title 42 authority, which has denied migrants a chance to request asylum under U.S. law and international treaty on grounds of preventing the spread of COVID-19.

The administration’s plan to end the Title 42 authority was announced by the U.S. Centers for Disease Control and Prevention announced April 1. The plan has drawn criticism from Republicans and some Democrats fearing a flood of new migrants.

Louisiana, Arizona and Missouri quickly sued and were later joined by 18 other states in the legal challenge being heard Friday. Texas sued independently.

U.S. District Judge Robert Summerhays, in Lafayette, Louisiana, is the judge in the case. After the administration acknowledged last month that it had already begun phasing out the pandemic restriction by processing more migrants under immigration law instead of Title 42, Summerhays ordered the phaseout stopped.

An appointee of President Donald Trump, Summerhays wrote last month that winding down restrictions before May 23 would inflict “unrecoverable costs on healthcare, law enforcement, detention, education, and other services” on the states seeking to keep the policy in effect.

He also said the administration likely failed to follow federal rule-making procedures in planning the May 23 end of the policy. Friday’s arguments are on whether to keep restrictions in place beyond May 23 while litigation proceeds. It was unclear how quickly Summerhays would rule.

The public health rule known as Title 42 was used during the pandemic to block more than 1.7 million attempts to enter the U.S.

Separately, Congress presents another potential obstacle to ending Title 42. Several moderate Democrats have joined Republicans to voice concern that authorities are unprepared for a widely anticipated influx of migrants.

Large numbers of illegal crossings have emboldened some Republicans to try to make the border and immigration an election-year issue. U.S. authorities stopped migrants more than 221,000 times at the Mexican border in March, a 22-year-high, though many were repeat crossers because Title 42 carries no legal or criminal consequences.

Title 42 authority has been applied unevenly across nationalities. Mexico has agreed to take back migrants from Guatemala, Honduras, El Salvador and Mexico — and limited numbers from Cuba and Nicaragua. High costs, strained diplomatic relations and other considerations have made it more difficult to remove migrants from other countries, who must be flown home.

Title 42 is one of two major surviving Trump-era policies to deter asylum at the border. Last month, the Supreme Court heard arguments on whether to allow the U.S. to force asylum-seekers to wait in Mexico for hearings in U.S. immigration court.