Experiencing the Sweet, Sweet Nothing of Float Therapy – Texas Monthly 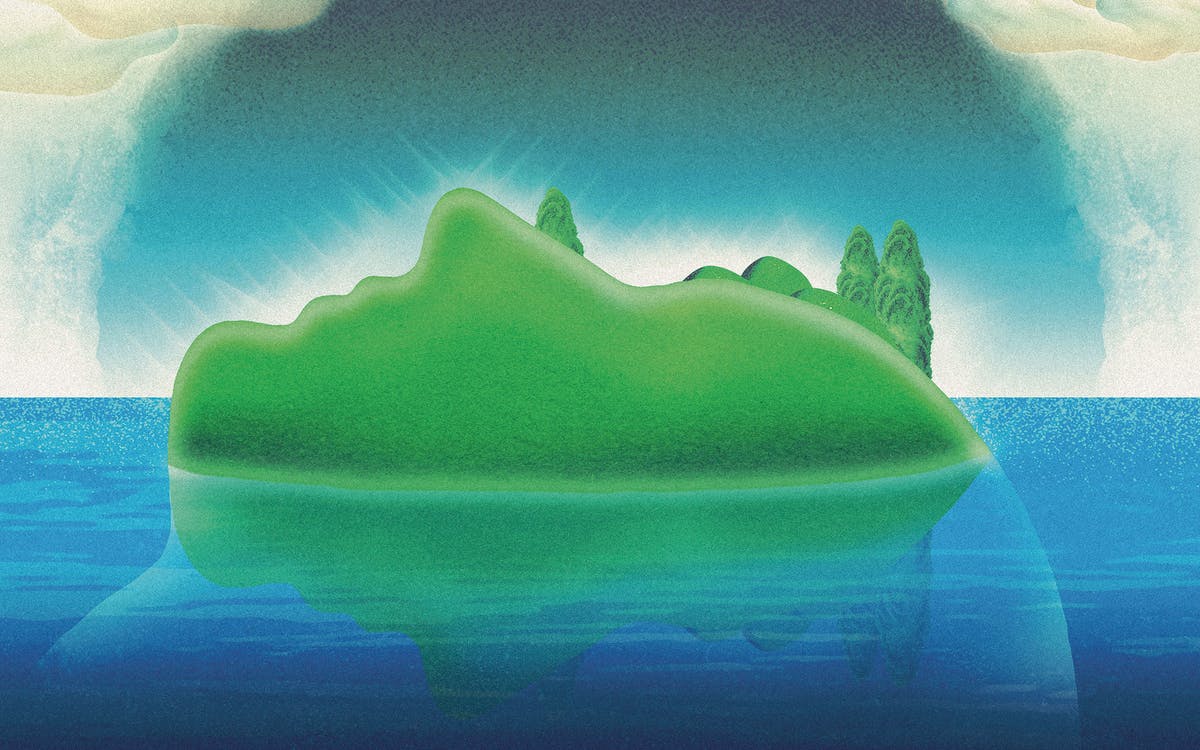 Doing nothing should be the easiest thing in the world. When I’m busy, I often fantasize about a day without deadlines, worries, or stress—but whenever I get the chance to kick back and unwind, I just . . . can’t. The constant barrage of thoughts inside my head makes me feel as if my brain is waging a personal vendetta against me.

I wasn’t surprised when I was formally diagnosed last year with attention deficit hyperactivity disorder, which affects nearly 400 million adults worldwide and presents differently in everyone. I’ve spent much of my 25 years avoiding situations that required me to be alone and focused. Even now that I’ve begun taking medication, I need to be multitasking at all times. I “relax” with a nonstop stream of podcasts, reality TV, and TikToks. I’d sooner start on my taxes than try to meditate.

After my diagnosis, I grew curious about more holistic activities and therapies that could further help alleviate my worst symptoms. Sensory deprivation tanks kept popping up in my research: many with ADHD have reported that floating for an hour or so in one helped lessen their anxiety and restlessness.

Sensory deprivation tanks were first developed in the fifties by American inventor and neuroscientist John C. Lilly during his research into LSD; he wondered how limiting stimulation might affect his psychedelic trips. “This freedom from the external reality was taken as a very positive point, not a negative one,” he wrote in his 1972 book The Center of the Cyclone: An Autobiography of Inner Space. “One could go anywhere that one could imagine one could go.” (In subsequent years, Lilly was known for heading up a now-infamous NASA-funded research lab that used LSD to facilitate human-to-dolphin communication.)

Used for what is now called Restricted Environmental Stimulation Technique (REST), his float tanks began catching on in the U.S. among athletes and celebrities such as Robin Williams and Yoko Ono. “Cowboys Floating Into the 80’s,” proclaimed a 1981 headline in the New York Times atop a story detailing the Dallas team’s embrace of their new tank. (“One by one, they float on their backs in water for an hour at a time in a peaceful world where their minds can be cleared of mistakes and pressures, and then refilled with information that can help win football games.”) The tanks have received renewed attention over the past decade as the wellness industry has exploded and are now part of the mainstream therapeutic lexicon. The modern versions are fairly similar to Lilly’s original setup: a dark, soundproof pod filled with about a foot of warm water mixed with Epsom salt for buoyancy (so there’s little danger of drowning). Texas has at least twenty float spas.

Still, the idea of drifting around in the darkness with no music, no podcasts, no TV—no anything—sounded less like therapy and more like mild torture. But after enough internet strangers on an ADHD Reddit thread agreed that it was life-changing, I decided to give floating a shot. I scoped out potential locations but settled on Riviera Spa, in Dallas’s Knox-Henderson neighborhood, mainly because the facility offers chambers, which are more akin to walled-in, oversized bathtubs than the smaller, podlike structures at many other places. Earlier this year I made an appointment for a one-hour float.

Although I had every intention of arriving on time for my treatment, which I’d known about for weeks, I absolutely did not. A particularly fun aspect of having ADHD is experiencing “time blindness.” Contrary to the beliefs of my friends, my family members, and probably my coworkers, I do try to be punctual. But no matter how many notifications I add to my calendar or how many alarms I set, I almost never make it out the door when I mean to. This trip was no different. What was supposed to be a relaxing 36-hour getaway to Dallas began on a stressful note: I’d left Austin with only a thirty-minute cushion. So I couldn’t stop for food—Riviera Spa recommended eating a light snack about sixty minutes before floating—and there could not be any traffic on the highway.

As anyone who regularly travels north on Interstate 35 knows, I had set myself up for failure. I showed up to my appointment ten minutes late—a sin in the spa world—starving, mildly peeved, and a little frazzled. I was not exactly primed to chill.

The receptionist quickly checked me in, handing me a water bottle before guiding me through the dimly lit hallway and showing me to my room. Inside was a shower and an area for my clothes, both right next to the float chamber. She gave me a brief rundown of how it would work: I would take a quick rinse to scrub off my makeup and any excess oils from my skin, I’d pop in a pair of earplugs to keep out salt water, and, finally, I’d enter the shallow pool and close the door behind me.

I could choose between floating in complete darkness or with a faint blue light. Because I was already way out of my comfort zone, I went all in and decided on the former. “Just buzz me if you decide you want the light on,” the receptionist said cheerily, gesturing to a switch by the door outside the tank. After she left and I’d finished the suggested five-minute shower, I got in. For two excruciating minutes, I was immersed in total blackness. I quickly realized that this wasn’t going to work.

I popped out and made a beeline for the buzzer, trying (and failing) to stop salt water from dripping into my eyes. After letting the very nice receptionist know that, actually, I think I would like the light on, please and thank you, I rinsed my stinging corneas with a spray bottle I’d been provided and tried to start over.

I don’t know if having a light on counts as cheating, since I was technically being deprived of only one sense, but floating in complete silence seemed like a big enough challenge for one day. With the dim light casting a blue shadow onto the walls, I started to feel as if I were taking a moonlit dip in my own private little lagoon. I thought, with a little surprise, that I might be enjoying this.

Earlier in the coronavirus pandemic, I’d happened upon a genre of TikTok videos that I had found oddly soothing: horses swimming. Because they spend most of their time standing and weigh upwards of six hundred pounds, horses that have joint problems can find relief by getting in the water. Humans may have a tendency to anthropomorphize animals, but in my favorite of the short videos I found, you can just tell that the horse is in heaven. His muzzle is dipped halfway into the water, and he doesn’t seem to have a single thought behind his sweet eyes. At the risk of sounding like a complete horse girl, I wanted to be this horse. Inside the tank, I think I got pretty close.

Before I’d gotten in, I’d memorized a printout on the wall that outlined a few solo positions (many float spas, including Riviera, also offer couples’ experiences) that boasted different benefits, from upper-back pain relief to muscle relaxation. To feel more secure, I opted for the “safety position,” placing my head in a foam ring for some additional support and locking my fingers behind my neck. Almost instantaneously, I felt weightless.

I bobbed around this way, occasionally stretching my arms to the edges of the chamber as I drifted gently from corner to corner. I thought a bit about my plan for the rest of the day and when I would find time to eat dinner, but mostly I tried to quiet my mind.

Though I can’t be sure exactly when, I eventually felt nothing. I closed my eyes, not fully napping, but not exactly awake either. For the rest of the hour, I existed in this liminal space until the swooshing of the water filter signaled that my time was up. I popped out the earplugs, rinsed off, and reluctantly prepared myself to face the world outside.

Exiting the chamber, I wondered how I could persuade my leasing office to install a tank in my apartment. Experts recommend floating anywhere from once a week to once a month in order to reduce stress. My onetime session cost $70, but Riviera Spa offers monthly memberships and series packages to cater to varying degrees of enthusiast.

I had never successfully meditated before, but I felt all the things I assumed I’d been missing out on: tranquility, transcendence, a tiny bit of smugness. Those sensations may have been fleeting, but I couldn’t remember a time I’d been so at peace. It was such a welcome change from feeling everything all at once: I’d finally tasted sweet nothingness, and now I wanted more. I might even try complete darkness the next time around.

This article originally appeared in the May 2022 issue of Texas Monthly with the headline “Sweet, Sweet Nothing.” Subscribe today.