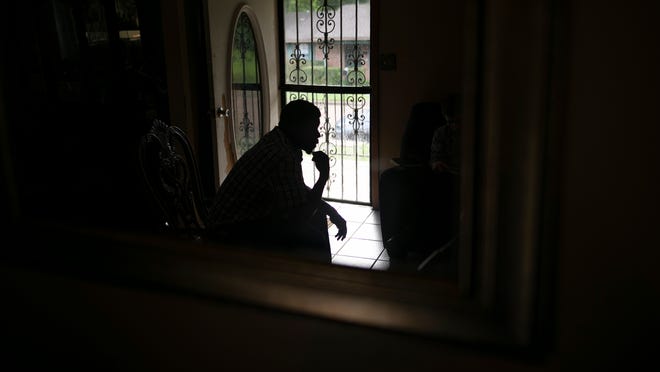 GREENWOOD, Miss. — A former Franciscan friar was convicted Wednesday of sexually abusing a grade school student during the 1990s at a Mississippi Catholic school.

A Leflore County jury deliberated less than an hour before finding Paul West, 62, guilty of one count of sexual battery and one count of gratification of lust, the Greenwood Commonwealth reported.

West was accused of sexually abusing La Jarvis Love, now 39. Circuit Judge Ashley Hines sentenced West to 30 years on the first count and 15 years on the second count, to be served consecutively.

Love began crying when the verdict was read.

“I want to thank the state. I want to thank everybody that represented us,” Love said. “I just want to thank God, the provider, the creator. He restored my faith today. I really appreciate him, and I believe again.”

Gaunt and relying on a walker, West made no comment when escorted by deputies from the Leflore County Civic Center, where the two-day trial was held.

As first reported by The Associated Press in 2019, La Jarvis Love and his cousin, Joshua Love, now 38, had accused West of numerous instances of sexual abuse while they were students at St. Francis of Assisi School in Greenwood.

Both Loves testified Tuesday of repeated abuse by West beginning when they were in the fourth grade. They testified the abuse occurred both at the school and on trips to New York and to Wisconsin, where the Franciscan Friars of the Assumption of the Blessed Virgin Mary are based. West was a member of the religious order.

West was also charged with two counts of abusing Joshua Love. It was not immediately clear why the jury did not act on those charges.

A third man, Joshua Love’s younger brother, Raphael Love, also alleged that West sexually abused him. He reported the abuse to church authorities in 1998, after which West returned to Wisconsin and left the order.

“Justice delayed is justice denied,” Belenchia said. “This should have happened 20 years ago.”

West has been held in Mississippi’s Leflore County Jail since September 2020, when he was extradited from his home state of Wisconsin to face two counts of sexual battery and two counts of gratification of lust. He pleaded not guilty.

LaJarvis Love now lives in Senatobia, Mississippi, with his wife and four children. He identified West in the courtroom as his abuser and said this was the first time he had seen him in person in more than 20 years.

La Jarvis Love testified that he was in third grade when he first encountered West, who was his physical education teacher. West later became principal of the school, Love said, and received permission from Love’s grandmother to use corporal punishment, such as paddling.

La Jarvis Love said his grandmother allowed him to work various jobs at the school, which he said gave West more opportunities to abuse him. He said the only person he told about the abuse was his grandmother, who confronted West but was told nothing out of the ordinary was happening.

He said the abuse has left him with post-traumatic stress disorder and depression.

When asked by West’s attorney, Wallie Stuckey, why he didn’t tell anyone, La Jarvis Love said he feared West.

“When you’re being groomed, you think everything is OK,” La Jarvis Love said.

Joshua Love, who lives in Greenwood, testified that West set himself up as a mentor and began abusing him when he was in fourth grade. He also said that his grandmother granted West permission to paddle him and said this began in 1996.

Joshua Love said the first instance of abuse he could remember happened in the school cafeteria, where West was going to paddle him for misbehaving. He said West excused the cafeteria workers before taking him to a back room to fondle him.

Both cousins testified they never spoke to each other about the abuse at the time.

Joshua Love alleged that West threatened to kill him if he told anyone about the abuse. He said he did not know La Jarvis Love had been abused until he told church officials about five years ago.

After Joshua’s testimony, the prosecution rested its case. The defense declined to call witnesses, and West declined to testify.