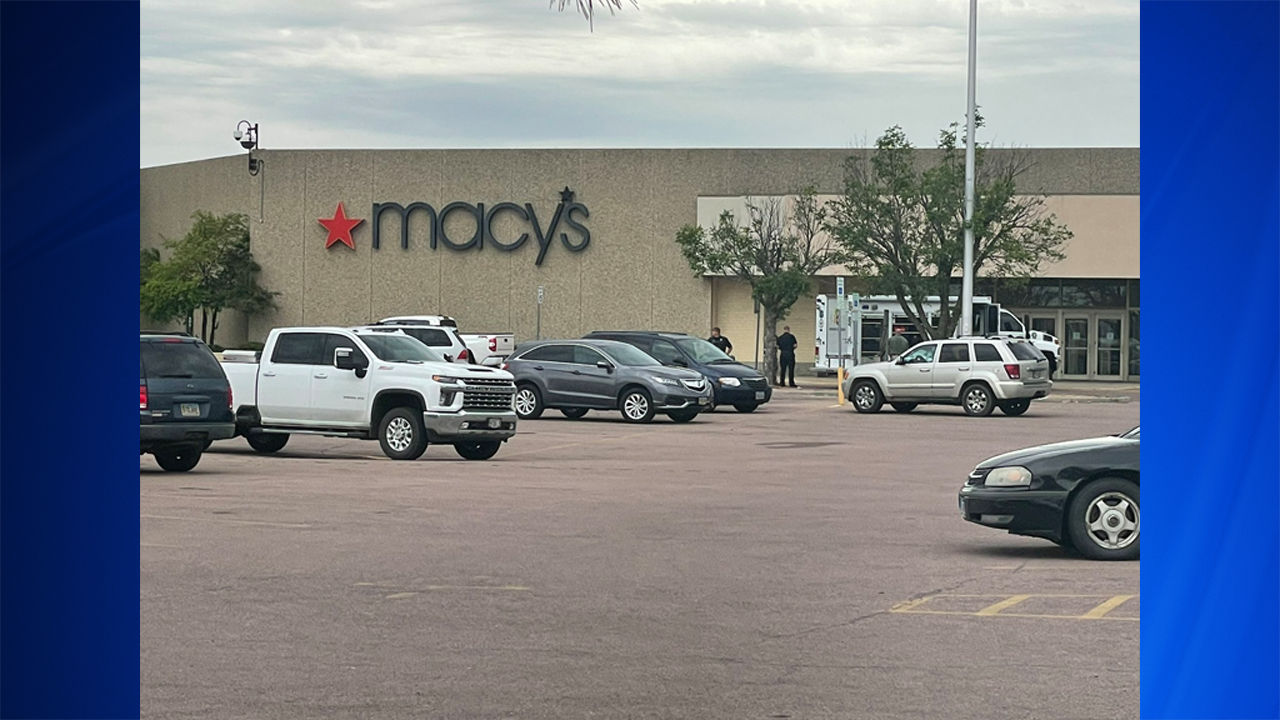 SIOUX FALLS, S.D. (KELO) — Police officials confirmed the suspicious package was not an explosive device via a press release at 7:50 p.m. No further information was given.

Part of the Empire Mall was evacuated Friday afternoon as police investigated a suspicious package left by the south entrance of the mall near Macy’s.

If you visited the Empire Mall off of 41st street Friday, it looked like business as usual, as these stores were open, but the south side of the mall was a different story.

“First I tried to go through Dicks and saw it was shut down, it was closed,” Sabrina Pappas, a mall employee, said.

The majority of the mall was open to shoppers even as the investigation was underway in the parking lot.

“I go to leave, the mall cop was there he told me I couldn’t go through that exit,” Pappas said. “I asked him which exit I could take and he said go through Jcpennys.”

There looks to be a lot going on, a lot of police there.

With little information shared with mall guests or the public, many people assumed the threat was minimal. But, Pappas says the timing of this suspicious package investigation is troubling.

“It’s probably nothing but it does freak me out, especially with the shootings that have been happening lately. It’s terrifying you know,” Pappas said.

The bomb squad left the mall shortly after 3:30 p.m.