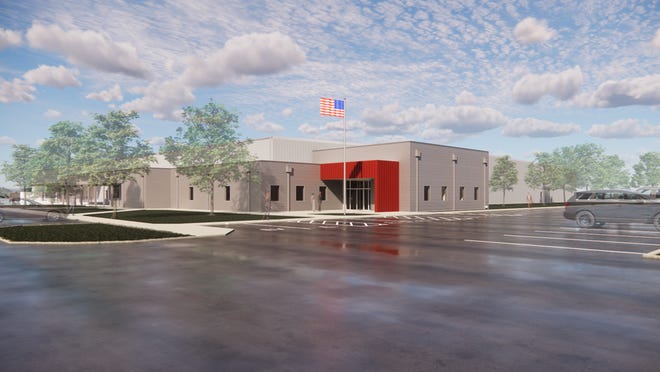 The town of Flora continues to see commercial growth. Still, the small Madison County community will get an even bigger shot in the arm.

Entergy Mississippi has purchased the former Primos manufacturing facility, along with 10 acres and another 25 acres in the Flora Industrial Park. It will relocate 44 employees to Flora, with more than $30 million being invested in the project.

The property is expected to be in service by mid-2023 as construction is scheduled to begin soon on the 102,700-square-foot building, which is being redesigned to accommodate 39 full-time employees and five contract employees.

The synergy around Flora has been surging in recent months as Downtown Flora has been near 100% capacity for shops along Main Street and an influx in new businesses and restaurants.

The first serious commercial development for the town of 2,300 in nearly 60 years is also underway.

The West Main project in Flora will be a two-phase development that will include nearly 30,000 square feet of retail and living space. Other small businesses have cropped up over the last couple of years and have the downtown area bustling.

In addition to the 44 employees on-site at the Entergy facility, another 37 contracted employees who work remotely will utilize the building as a home base. Entergy expects the building will be in service by June 2023.

The additional land will be used as a pole yard and to store spare equipment. The property will be known as the Central Mississippi Transmission Facility.

“We’re happy to have found an existing building that will allow us to consolidate three facilities and those employees into one central location and to have the nearby land, which is located near our Flora substation, available for material storage,” said Haley Fisackerly, Entergy Mississippi president and CEO. “It’s been a very positive experience, working with Mayor Les Childress and the board of aldermen and with the Madison County Economic Development Authority to bring this project to fruition. We’re looking forward to being a part of this community.”

READ MORE: Mississippi has had its share of school shootings. What have districts learned from them?

Entergy purchased approximately 25 acres adjacent to the warehouse from the Madison County Economic Development Authority, which markets the 115-acre industrial park along Highway 49 in Flora.

The company is working with MCEDA on improvements to the site, including a road extension.

Entergy also worked with the mayor’s office and the Flora Board of Aldermen on zoning issues related to the material storage site.

The Primos manufacturing facility was constructed in 2002. It was being used as an administration and sales office before Entergy’s purchase.

VIDEO: Amazon and a fish story