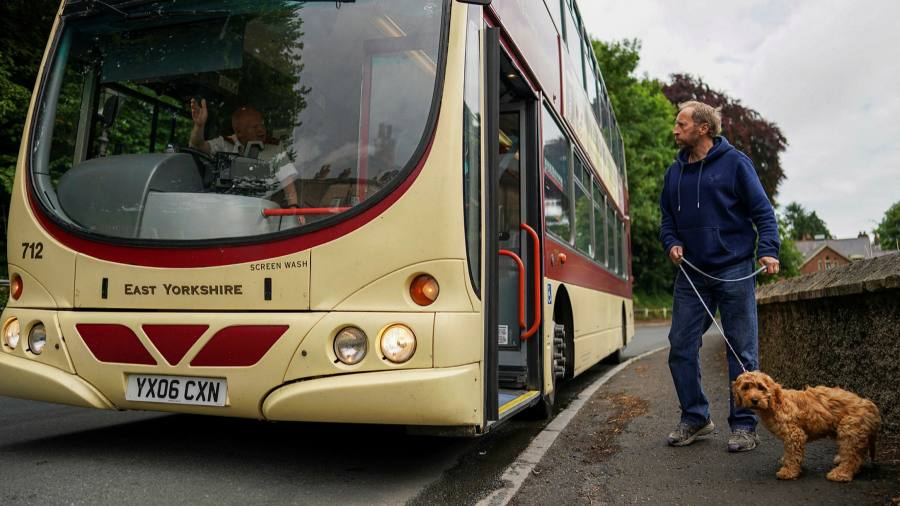 Bus networks could soon shrink by up to a third across England as government Covid subsidies tail off and commercial operators withdraw from unprofitable routes, local leaders have warned.

During the pandemic, ministers provided £2bn in bailout funding to bus and light rail companies in order to keep vital services running while passenger numbers dropped as people stayed at home. But from early October this assistance is expected to end.

The government has instructed transport authorities and operators to review the sustainability of their networks before the bailout ends. Many areas have lost routes already or are consulting on cuts they believe may be needed.

But with passenger numbers 20-25 per cent down on pre-pandemic levels in many areas, mayors and transport campaigners say “devastating” cuts to services are now on the horizon.

Local leaders in South Yorkshire believe as much as a third of their network could be at risk of disappearing. Mayor Oliver Coppard said some routes that were retendered this summer had not even received bids from operators, who saw them as unviable.

“It’s devastating, honestly. It’s the only way really to describe it,” said Coppard, adding that bus provision in the area was a “broken market” over which he currently had little influence.

“It’s unacceptable that when the government say ‘we want a London-style bus system across the country’, [that] we’ve got places like South Yorkshire, which should be exactly the kind of place they want to ‘level up’, seeing a third of its bus routes cut,” he said.

The government launched its national bus strategy shortly before the start of the pandemic. Local areas were asked to bid for “transformation funding”, with those overseen by mayors given the option of moving to a London-style franchised model. This would grant local authorities greater control over routes and allow them to cross-subsidise less profitable services with the proceeds of more profitable ones.

West Yorkshire hopes to move to this model but mayor Tracy Brabin said that, in the meantime, 11 per cent of services in the area were at risk. She called on government to extend its Covid subsidy beyond October. “I also hope the bus companies will understand this is a transition period and that they will need to take some of the financial strain,” she said.

Operator Arriva UK Bus, which has already scaled back or paused some services in the area, said the pandemic had presented a “uniquely challenging set of financial conditions for the bus sector”. He called for ringfenced funding to support unprofitable routes.

Huw Lewis, customer services director at Nexus, the transport authority covering northeast England, said the bus industry was in a “fragile state”, with 16 per cent of routes lost since March. “Without doubt, there will be more cuts as government Covid-support to commercial operators finally comes to end in October,” he said.

He added that the sector is also struggling with a driver shortage and strike action. Unite, the union, is staging a three-week walkout over pay in West Yorkshire and ballots are being held at a range of operators in the north west and Northern Ireland.

A spokesman for First, which operates routes across the country, said the operator will retain the “majority” of its networks, but said that all operators were having to “adapt” their provision.

But Silviya Barrett, from the Campaign for Better Transport, said that “every cut feeds into a vicious cycle, making buses less frequent, less convenient, which discourages more people from using them and makes the whole network less viable.”

In the East Riding of Yorkshire, villagers staged a campaign earlier this year after a service connecting York with the coast was axed by operator Go-Ahead.

The operator said the route was losing £300,000 a year even before the pandemic “despite efforts to make it commercially viable”. The local authority reinstated a section and said it would continue to work with operators.

But Julian Woodford, a film-maker who lives and runs his business in the village of North Dalton, said the community feared a “major question mark” remained over the route.

“If we don’t have that bus provision, there’s going to be more car use or more isolation,” he said. “You have to provide a service that genuinely meets the needs of the community, rather than how you think you’re going to make money.”

A Department for Transport spokesperson said the government had provided £2bn to prop up services during the pandemic and was investing through its National Bus Strategy. He added: “To maximise this investment, local authorities need to ensure that services are commercially sustainable and reflect the needs of passengers post-pandemic.”