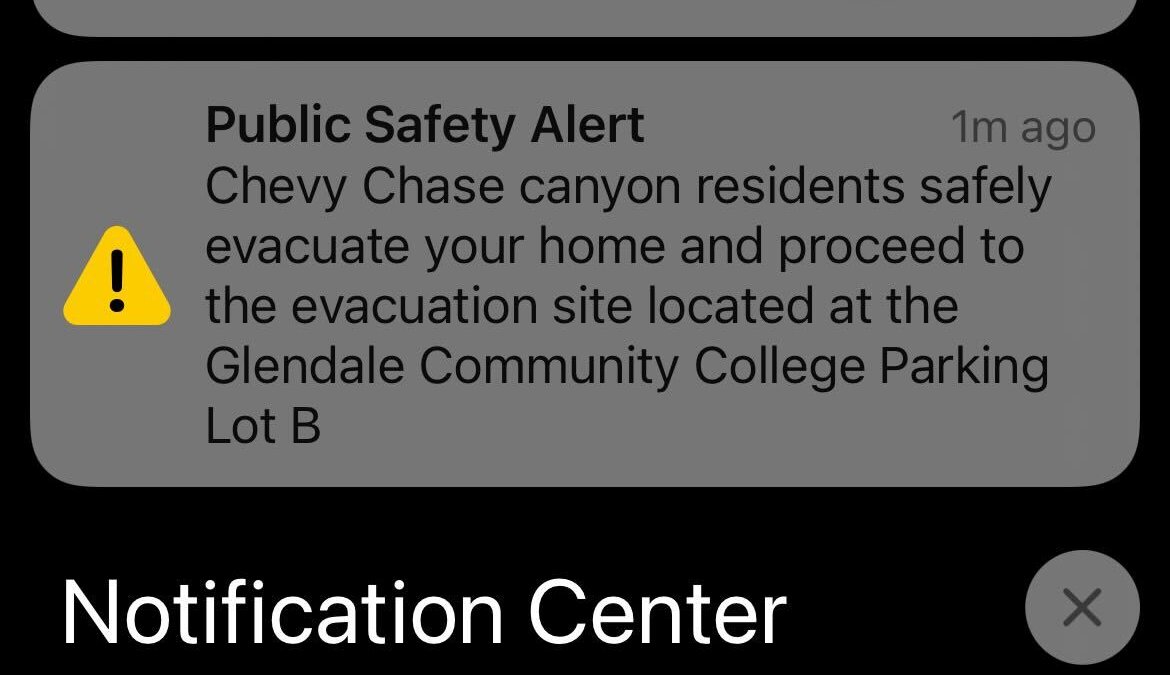 Southern California residents woke up to an alarming emergency push alert on their phones Saturday morning, warning residents of Chevy Chase Canyon in Glendale to evacuate their homes.

But according to the city of Glendale, the “emergency” is actually just a drill.

While the push alert itself did not elaborate, the City of Glendale did on social media.

The “Public Safety Alert” made no mention of the fact the evacuation was a drill, causing alarm for residents who received it at 9 a.m. Saturday.

The alert was also issued to phones far away from Chevy Chase Canyon, with individuals as far as Santa Fe Springs, Hawthorne, Brentwood and Northridge taking to Twitter to express their confusion.

“I’m in Northridge,” said one Twitter user. “I didn’t even know where Chevy Chase Canyon was.”

“Did this just go out to all LA County?” asked another.

The City of Glendale did provide warning on its official Twitter account ahead of time, issuing a statement roughly 20 minutes before the drill began.

The Glendale Fire Department also issued an advanced warning on Wednesday, telling residents of the drill on Saturday and providing a link to a short video explanation.

However, the advanced warning from the City of Glendale did not appear to be widespread outside of Twitter.

Roughly 30 minutes later, at 9:32 a.m. on Saturday, another push alert went out through the emergency system, stating the error.

“There was an error in the tech used to send out this mornings message,” the city said on Twitter. “We are working to remedy this issue. Updates to follow.”

The emergency alert error came just days after a large fire in a Laguna Niguel neighborhood destroyed 20 homes and damaged 11 more, and just hours after brush fires near the 118 Freeway