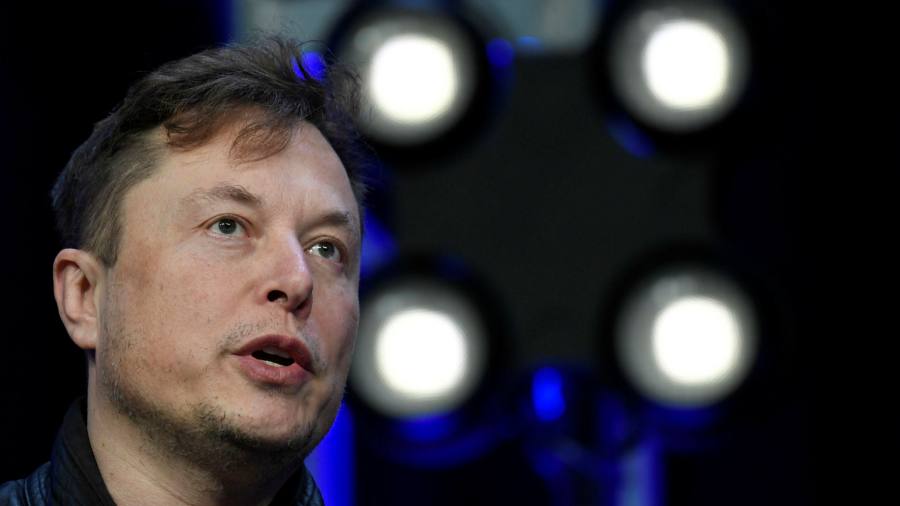 Elon Musk scored both a win and a loss in separate court decisions on Wednesday, as one judge cleared the billionaire of wrongdoing related to Tesla’s $2.6bn acquisition of SolarCity, while another refused to quash an agreement with regulators over his claim to have “funding secured” to take the carmaker private.

The decisions related to Musk’s previous dealings come amid a busy week for the chief executive of Tesla, whose $44bn offer for Twitter was accepted by the social media platform’s board on Monday.

The SolarCity decision stems from a lawsuit brought by Tesla shareholders against its board over the carmaker’s all-stock acquisition in 2016 of the then financially-troubled solar power company, where Musk was a large investor. The shareholders claimed Musk, who chaired Tesla’s board at the time, had strong-armed its other directors to approve the acquisition.

The case had been closely watched by legal observers, as the shareholders who brought the case had argued that Musk effectively controlled the Tesla board even as he owned just a fifth of the company’s shares.

The remaining Tesla board members previously settled the case for $60mn, leaving Musk to stand trial alone. Last summer he gave fiery testimony in a Wilmington, Delaware courtroom defending his vision for creating an integrated clean-energy company and rejecting that he had pushed the all-stock acquisition as a bailout for another part of his empire.

Joseph Slights, a vice-chancellor of the Delaware Court of Chancery, credited that narrative in a ruling in favour of Musk, writing in his decision on Wednesday that while the Tesla board’s process “to negotiate and ultimately recommend the acquisition was far from perfect . . . the preponderance of the evidence reveals that Tesla paid a fair price.”

The deal “marked a vital step forward for a company [Tesla] that had for years made clear to the market and its stockholders that it intended to expand from an electric car manufacturer to an alternative energy company,” the judge wrote.

“The court’s decision recognised that there were flaws in the deal approval process and a high degree of involvement from a conflicted fiduciary,” said Randall Baron, an attorney representing the losing shareholders, who said they were considering their next steps.

The “funding secured” case was brought by the US Securities and Exchange Commission against Musk over a deal that did not come to pass. The regulator accused Musk of engaging in fraud in August 2018 by telling his 22mn followers on Twitter that had secured financing to take Tesla private at $420 per share.

Musk ultimately settled, agreeing to pay a $20mn fine and step down as Tesla chair. The agreement also forced the billionaire to obtain preapproval for any written communications material to Tesla, including on Twitter, the social media platform that he is now taking private in a $44bn deal.

Musk also agreed he would not deny the allegations of the complaint or imply it was without factual basis.

The SEC subsequently subpoenaed Musk last November after he asked Twitter users if he should sell part of his stake in Tesla, the ruling said, in order to determine if he had sought approval for them. Musk in March asked the court to quash portions of the subpoena and terminate the consent decree, saying the regulator lacked authority to issue the demand and arguing the subpoena was issued in bad faith.

US District Judge Lewis Liman denied the request in a decision on Wednesday: “Musk cannot now seek to retract the agreement he knowingly and willingly entered by simply bemoaning that he felt like he had to agree to it at the time but now — once the spectre of the litigation is a distant memory and his company has become, in his estimation, all but invincible — wishes that he had not.”

Musk did not immediately return a request for comment on the decision.

The SEC case against Musk has been a headache for the world’s richest man for years, as the regulator has pressed him to produce documents detailing whether certain tweets had been preapproved.

Musk had repeatedly clashed with the SEC, and earlier this week referred to its San Francisco office as “shameless puppets of Wall Street”, alleging in a series of tweets that they were colluding with “short seller sharks” to attack Tesla and “doing nothing to protect actual shareholders”.