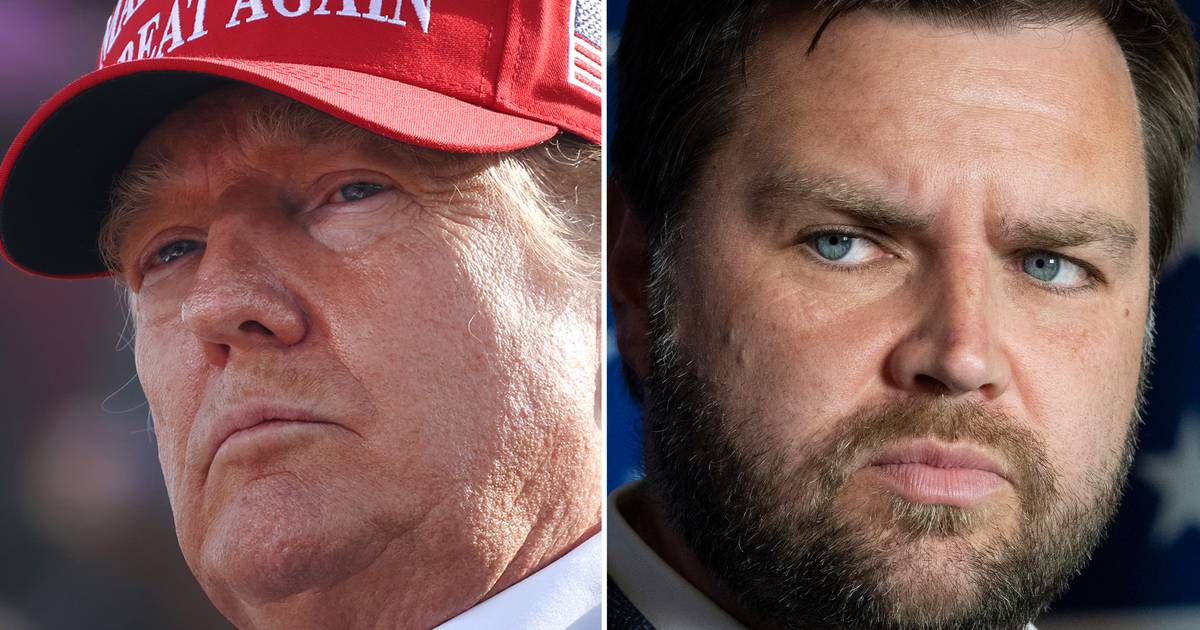 Former president Donald Trump seems to be having a hard time keeping track of who he’s endorsing in upcoming GOP primaries.

During a speech in Nebraska Sunday, Trump spoke about giving his support to Ohio senate candidate J.D. Vance over Vance’s opponent Josh Mandel, who had hoped for the 45th president’s endorsement.

Vance holds a 3.5% lead over Mandel in that tight primary happening Tuesday, according to Real Clear Politics polling data. Republican Matt Dolan, a former prosecutor who has criticized Trump for lying about the results of the 2020 presidential election, is also very much in the thick of that Buckeye State primary.

Mike Gibbons, a GOP candidate who trails frontrunner Vance by more than 10 points in that crowded race, reportedly sent an email to donors after Trump’s blunder reminding them that prior to seeking the former president’s endorsement, Vance had been very critical of the twice impeached GOP heavyweight.

“To be fair, you really can’t blame Trump. No one knows who the real JD Vance is,” Politico reports that email said.

In 2016, Vance called himself a “Never Trump guy” and said he “never liked” the former reality TV star. He has also reportedly called Trump “reprehensible,” “noxious,” “an idiot” and wondered if he was “America’s Hitler.”

Vance, 37, has since changed his position. Trump acknowledged that Vance said “may have said some not so great things about me in the past” when he endorsed his fellow conservative in mid April, adding “but he gets it now.”

Vance saw a spike in polling after getting the blessing of the former president, who has hinted at making another run for the White House in 2024. In addition to being a Yale university law school graduate, Vance is a Marine veteran whose best-selling 2016 memoir “Hillbilly Effigy” details his impoverished upbringing in Middletown, Ohio. While promoting that book, Vance told Time magazine “Trump’s biggest failure as a political leader is that he sees the worst in people and he encourages the worst in people.”

But last summer, Vance told Fox News, “I ask folks not to judge me based on what I said in 2016, because I’ve been very open that I did say those critical things and I regret them, and I regret being wrong about the guy.”

“He’s getting it wrong with J.D. Vance,” says one man in that spot, according to Cleveleland.com.

Trump defended his endorsement of Vance as the GOP candidate in November’s general election by saying “we have to pick somebody that can win.”