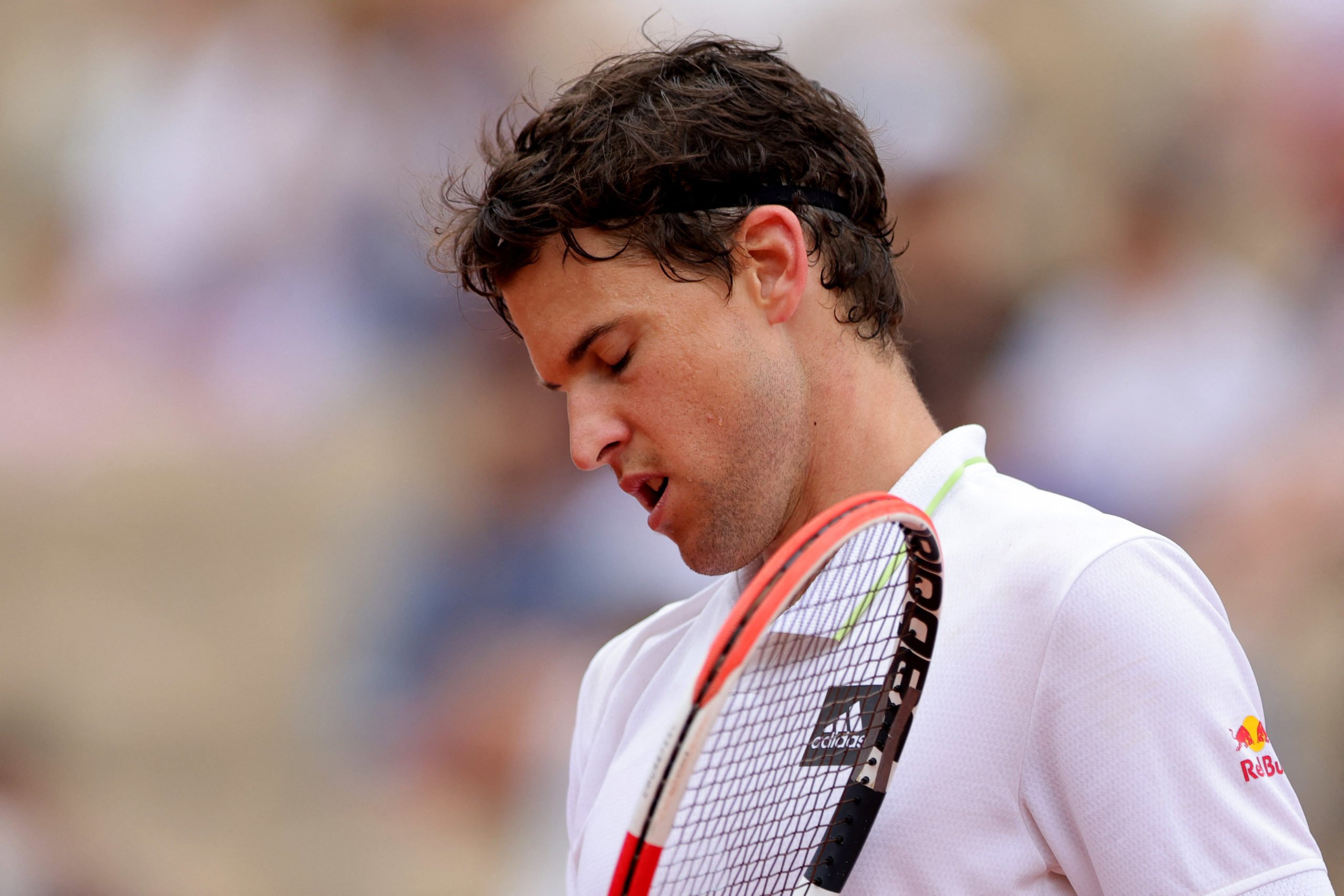 PARIS – Twice French Open finalist Dominic Thiem crashed out of the tournament in the first round on Sunday, losing in straight sets to Bolivian world number 87 Hugo Dellien.

Austrian Thiem, who has failed to win a match at any of the tournaments he has played since his wrist injury comeback in March, made 42 unforced errors as his once dominant claycourt game deserted him.

“It was not a good match at all but it is what it is,” Thiem, ranked third in the world in 2021 compared to his current 194th, told reporters.

“I knew it would take time and the level is extremely high. It is going to take a few more months until I say now I am ready to beat those guys again.”

The 28-year-old struggled with his forehand throughout the match and said it was now time to compete in lower-tier tournaments to get match wins under his belt.

“The problem is in practice it is really decent but a match situation is something different, Grand Slam especially. I am definitely thinking to go back to Challenger level for one or two tournaments,” he said.

“I am more tight, more nervous and the whole body gets more tight. This is toxic to my forehand because I am still missing the fine feeling there,” he said.

Dellien, comfortable on the surface after battling through the qualifiers to reach the main draw in all five claycourt tournaments preceding Paris, did not have to wait long for his chance.

He earned his first break point in Thiem’s opening service game and broke him on his second to race through the first set.

Two quick breaks in the second wrapped it up for Dellien, with Thiem, who injured his wrist in Mallorca in 2021 and required surgery, struggling throughout.