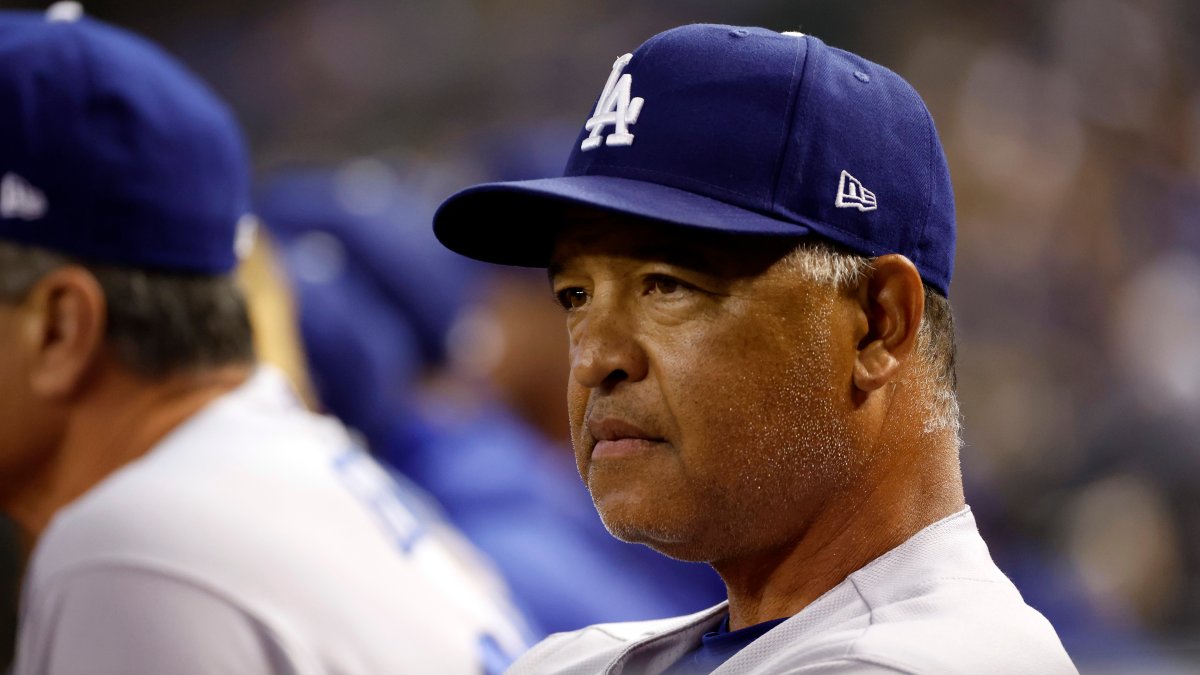 Umpires barred Dodgers manager Dave Roberts from using a position player to pitch the ninth inning against the New York Mets on Saturday night, enforcing a rule that prevents teams from using non-pitchers with a deficit of five runs or fewer.

Roberts said he did not realize the rule was in effect after it was initially passed prior to the 2020 season, then suspended for two years amid rule adjustments prompted by the pandemic.

“It’s a rule that obviously is in place for 2022. They were talking about it in 2020,” he said. “The goalposts have been moving a lot. It’s an oversight on my part, but I do recall that we did it last year. They kind of had to confer to make sure that it was the case. They got it right, the umpires.”

With Los Angeles trailing 9-4, Roberts sent utility player Zach McKinstry to the mound to begin the ninth, but McKinstry was halted by umpires. A lengthy delay and discussion followed, and umpires used headsets to discuss the situation with officials in New York.

Crew chief C.B. Bucknor announced that McKinstry would not be allowed to pitch, and right-hander Evan Phillips began warming in the Dodgers bullpen.

Roberts inferred that Mets manager Buck Showalter demanded the rule be enforced, but Showalter said the umpires acted without his intervention.

“I looked up at the scoreboard and thought I had something wrong,” Showalter said. “Nine minus four, what’s more than that?”

When umpires signaled that Phillips needed to relocate his warm-up throws to the game mound, bullpen coach Josh Bard jogged out of the bullpen and screamed that Phillips wasn’t ready. Phillips was given unlimited time to warm up, and the delay lasted around 11 minutes in total.

Showalter shook his head repeatedly and paced in the visiting dugout during the delay. He walked onto the field for an explanation from umpires after Bucknor’s announcement, but said later he was not upset that Phillips was given full time to loosen up.

“I was wondering if the guy they brought in to pitch was eligible to play or they burned him,” Showalter said.

After position players made 90 pitching appearances in 2019 and 75 in 2018, Major League Baseball and the players association agreed prior to the 2020 season to outlaw using position players as pitchers in games with a deficit of five runs or fewer. The rule was suspended the past two years amid concerns over pitcher injuries prompted by the pandemic, but it was restored this season.

“Ideally, I would’ve like to have Evan for two (innings) tomorrow. I’m still trying to manage to win a series and not just keep the game close,” Roberts said.

Dodgers starter Walker Buehler made the shortest start of his career, allowing five runs in 2 1/3 innings, and Los Angeles ended up using seven pitchers. Phillips allowed one hit and struck out two in the ninth, and the Dodgers lost 9-4.

Brothers arrested in Madison for ramming into police at floating restaurant