DNR has determined how many of Michigan’s lakes, streams have healthy fish 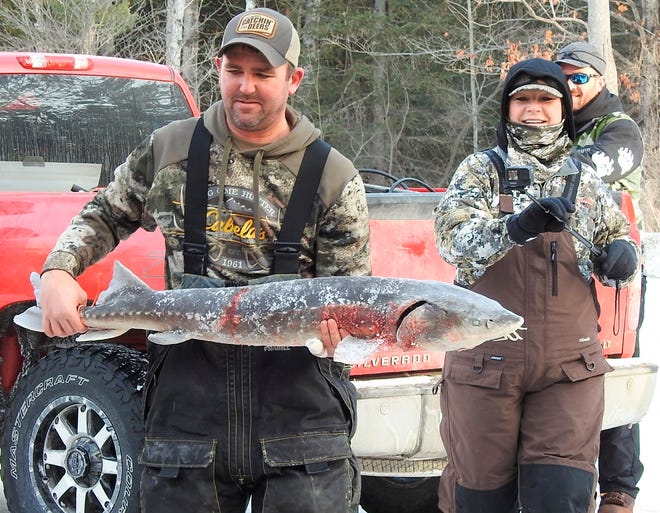 Surveys on Michigan’s lakes and streams are underway in parts of the state, all part of the state’s annual effort to collect data to best manage fishery resources.

Michigan’s 10,000 lakes and 36,000 miles of streams are ripe with data, say officials Michigan Department of Natural Resources, but the department only has enough staff to perform about 250 to 300 surveys a year.

Wesley said the surveys revealed that about 80% of the state’s lakes and streams have healthy, self-sustaining populations of fish.

The surveys, which are underway in southern Michigan and start in May in the Upper Peninsula, are useful for tracking inland fisheries populations, evaluating if stocking increases angler opportunities or addressing concerns from anglers throughout the year, Wesley said.

“The management units stepped up last year and safely conducted these surveys to evaluate if management actions, like fish stocking or habitat improvement projects, had the desired effect,” Wesley said. “Surveys help us understand whether or not our management actions resulted in better recreational fishing in certain areas or improved a lake’s overall health.”

Other annual surveys help managers track the status and trends of fish communities and important aquatic habitats on different lakes, Wesley said, providing a picture of the lakes’ environment over time.

Streams throughout the state are handled through two types of surveys known as fixed sites and random sites.

“At fixed sites, we estimate fish population levels, usually trout in coldwater streams and smallmouth bass in warmer waters, on a three-year rotation, while random site surveys give a species snapshot and show relative abundance,” Wesley said. “The DNR collects habitat data at all surveyed sites.”

Fisheries managers use discretionary surveys to answer questions or address current concerns, such as an issue raised by a local biologist, an angling group or a lake association, Wesley said.

These surveys can be conducted to assess habitat suitability for a threatened or endangered fish species and typically account for 50% of the annual survey effort, state officials said.

“Most of our funds come from fishing license fees so we want to go in and make sure these lakes have healthy fish population,” Wesley said. “If they don’t we want to know what we can do to improve them.”

“In general people are curious about what is in their lake and how it is doing,” he said.