Destiny 2 Devs Call Out Racism In Gaming After Buffalo Shooting 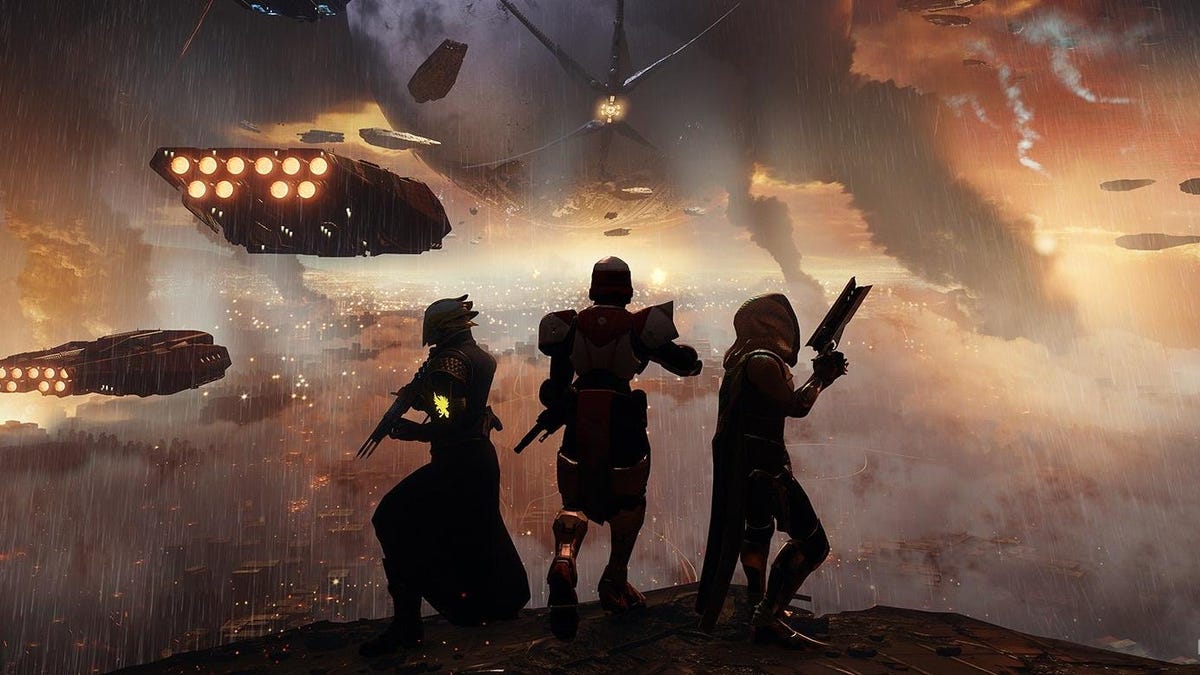 Yesterday players expected Bungie to reveal the latest content coming to Destiny 2 in the form of Season 17. Instead, following the latest mass shooting in Buffalo, NY, Bungie called on fellow gaming companies to examine how racism and radicalization occur in their own online communities even as others are concerned its bold stances will be curbed once Sony owns it.

“Far too often, these racist attacks begin within online communities that are used to recruit and radicalize individuals,” the studio wrote in a May 17 blog post. “It is time we begin to examine our practices and see what part we can play in preventing these tragedies.”

Bungie called the May 14 attack on a supermarket that killed 10 and wounded three others, and is being investigated as a hate crime, an “act of terror aimed at Black Americans.” The studio continued, “Our hearts go out to the victims of this tragedy, and anyone impacted by this act of violence.

In the immediate aftermath, the studio’s Black at Bungie inclusion club is showcasing its “Be Heard” pin at the top of the company’s merch store and donating all profits for the next year to the Southern Poverty Law Center. “Black at Bungie intends to partner with our Player Support and Community teams to see how we can bolster our ongoing efforts to maintain safe and anti-racist spaces in which our players and fans can come together,” it wrote.

While online gaming has been a way for hundreds of millions to forge meaningful relationships with like-minded strangers they might never have met otherwise, anyone who’s ever opened a text chat or put on a headset knows it can also be a filled with vitriol, including racist bigotry and other forms of harassment and abuse.

Companies like Microsoft, Ubisoft, and others have made big pushes to detoxify their player communities in recent years, but on the whole the gaming industry has been slow to invest in and grapple with these issues, seemingly because of the costs as well as concerns about alienating big parts of their potential player-base. And in some cases, racist radicalization and recruitment campaigns have moved to third-party apps popular for socializing and gaming like Discord, which was allegedly where the Buffalo shooter planned his attack for months leading up to the massacre.

This isn’t the first time Bungie has been outspoken about a polarizing issue, even in the last month. In an industry that’s remained mostly silent about the coming assault on abortion rights, the Destiny 2 maker staked out an unwavering position, calling any potential reversal of Roe v. Wade by the Supreme Court an “attack on human rights.” Despite its own issues with respect and mistreatment in the workplace, Bungie has in recent years been willing to weigh in on serious public topics that competitors have approached more timidly or shunned altogether.

After news earlier this year that Sony is buying Bungie for $3.6 billion, however, some are worried the tight-lipped PlayStation division could stifle the Halo creator’s advocacy. Those fears have been especially front of mind ever since a report by The Washington Post that Sony was prohibiting Insomniac Games from talking about a $50,000 pledge to the Women’s Reproductive Rights Assistance Project (WRRAP). Sony purchased the studio behind Spider-Man and Ratchet and Clank in 2019, and Insomniac CEO Ted Price reportedly told staff last week in an email that the console manufacturer had shot down requests to weigh in publicaly on the fight for abortion rights.

“It’s going to really suck if Sony put a muzzle on Bungie in future and stop them from doing actual hero shit like this,” YouTuber Skill Up tweeted following the report. Bungie’s senior community manager responded to say that wasn’t going to happen. We are, and will continue to be, Bungie,” Dylan “dmg04″ Gafner wrote. “There will never be a “muzzle” big enough to stop us from standing up for what’s right.”