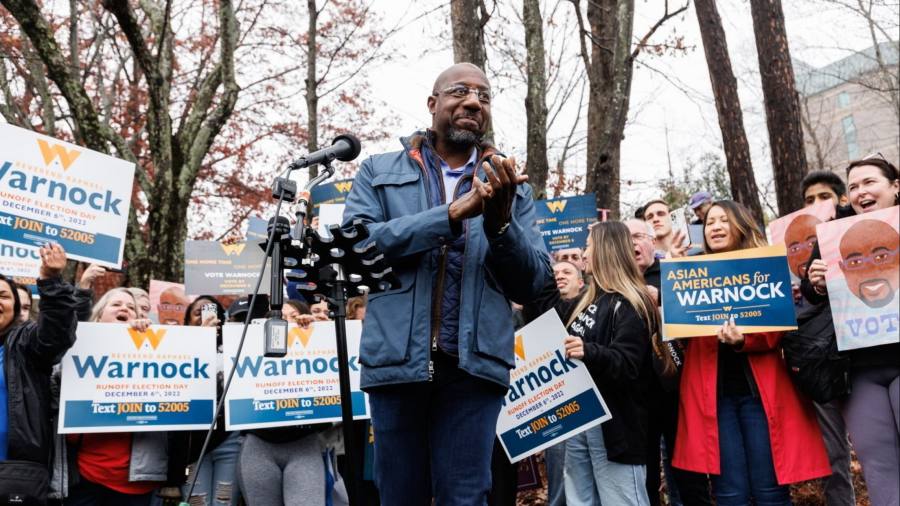 Raphael Warnock, the Democratic senator from Georgia, defeated Republican challenger Herschel Walker on Tuesday night, handing president Joe Biden’s party a major political victory in a crucial US Senate run-off that expanded its majority in the upper chamber of Congress.

Three and a half hours after the polls had closed, the Associated Press called the race for Warnock, the senior pastor of Atlanta’s Ebenezer Baptist Church who was first elected to the Senate in January 2021. With 94 per cent of votes counted, Warnock led Walker, a political novice and former American football star, by a one-point margin.

Georgia is just one of two states that requires a second round of voting if no candidate clinches more than 50 per cent of the vote on election day. Neither Warnock nor Walker hit the 50 per cent threshold in last month’s US midterm elections.

Democrats held on to the Senate majority in the midterms, after picking up a seat in Pennsylvania. But the result in Georgia on Tuesday night allowed the party to expand its control of the upper chamber of Congress. The Senate is currently split 50-50 between Democrats and Republicans, with vice-president Kamala Harris able to cast the tiebreaking vote. From January, when the new Congress is sworn in, Democrats will control the 100-member chamber, 51-49.

The result is also likely to cast further doubt on the political clout of Donald Trump, who urged Walker to seek office. Several leading Republicans, including Senate minority leader Mitch McConnell, raised concerns about Walker’s candidacy, which was plagued by controversy, including allegations of domestic violence from former partners and reports that he paid two former girlfriends to abort pregnancies. Walker, who campaigned on a strict abortion ban, rejected the abortion claims.

Trump has pressed ahead with plans for a third presidential campaign, despite several of his handpicked candidates, including Mehmet Oz in Pennsylvania and Kari Lake in Arizona, failing to win their midterm races. 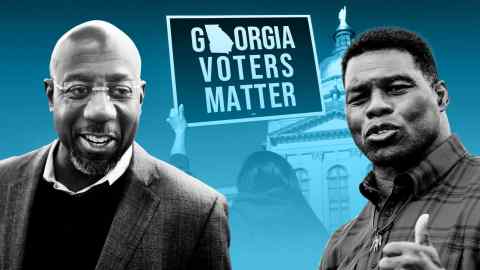 The Georgia Senate contest is set to go down as one of the most expensive congressional races in history. Warnock’s campaign spent some $126mn in the general election alone, according to data compiled by OpenSecrets, while Walker’s campaign shelled out nearly $50mn.

Georgia was long seen as a Republican stronghold, but after Biden defeated Trump there by a narrow margin in the 2020 presidential election, and Warnock and Jon Ossoff defeated their Republican challengers in the Senate races that cycle, it has emerged as a crucial swing state and target for both political parties.

Brian Kemp, the Republican governor who stood up to Trump over his false claims that the 2020 election was “rigged”, was easily re-elected, beating Democratic challenger Stacey Abrams last month. Brad Raffensperger, Georgia’s Republican secretary of state who also publicly faced down Trump, was also re-elected.