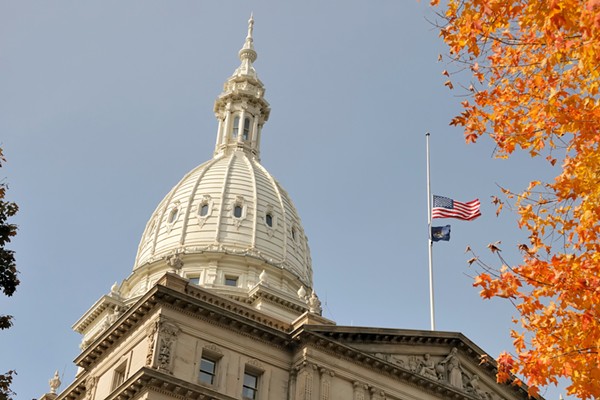 Senate Minority Leader Jim Ananich introduced a resolution Thursday to censure Sen. John Bizon after he was sentenced to a year of probation in March for inappropriately touching a health care worker while receiving COVID-19 treatment.

Bizon, a Battle Creek Republican, has faced no disciplinary action from the GOP-led Senate. Republican Senate Majority Leader Mike Shirkey previously said Bizon took responsibility for the assault and no discipline was necessary.

“Senator Bizon — a physician and public official — not only has an obligation to follow the law and treat people with respect, but to serve as a model for his fellow citizens,” the resolution states. “In committing assault and battery, Senator Bizon failed to meet the high standards of conduct expected of his office by the people of Michigan.”

Bizon blamed his behavior on COVID-19. The incident occurred in late August at an urgent care center in Marshall, where police say he grabbed a nurse practitioner by her waist and pulled her closer. Police say Bizon, a retired otolaryngologist, became angry when she declined to prescribe him his preferred medication.

During the sentencing hearing in March, the victim said Bizon “tried to bully, coerce and intimidate me to practice quack medicine because he believed in conspiracy theories.”

Sen. Stephanie Chang, D-Detroit, said it was “incredibly disturbing” that Bison was not held accountable.

“It is very disappointing that after all the bipartisan work we did on the Michigan Senate’s harassment policies, sexual harassment still appears not to be taken seriously,” Chang said in a statement. “It is unacceptable that he is being permitted to keep his staff, office resources, and committee chair positions. The Senate needs to hold this individual accountable for their actions. As leaders of this state, we should be held to a higher standard of conduct in both our professional and personal interactions.”

On Friday morning, the Michigan Democratic Party called on Republican leaders “to censure and rebuke “ Bizon.

“The silence among Republican legislative leaders over Bizon’s criminal behavior is deafening and it is indicative of the way the GOP – time and again – simply brushes aside such coercive, intimidating and bullying conduct,” Lavora Barnes, chair of the Michigan Democratic Party, said in a statement. “Senator Bizon pleaded guilty to assault and battery and he received a punishment from the courts. As an elected official, he should also be punished by Senate Majority Leader Mike Shirkey, whose inaction sends a message that he condones criminal groping and the bizarre, dangerous and offensive conduct of his caucus members.”