Democratic politics has always had a hybrid workplace 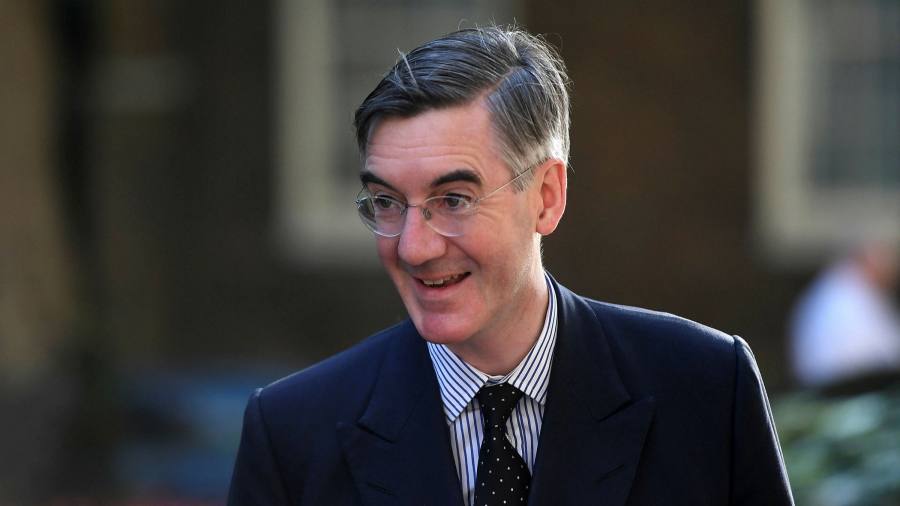 Good morning. Good news comes in threes: Arsenal beat Manchester United on Saturday, Emmanuel Macron defeated Marine Le Pen on Sunday, and today we have fixed our email gremlin, so please do get in touch at the below address.

It’s been a long road, getting from there to Keir

The Financial Times’s chief political correspondent Jim Pickard has gone on the road to Dudley, which will elect a third of its councillors on May 5, to smell out the mood in this key battleground constituency as Prime Minister Boris Johnson counts the political cost of partygate.

These upcoming local elections will be a landmark in the timeline of the Johnson government. But they are also a big moment for Sir Keir Starmer’s Labour party. Last year’s local elections took place just as England was exiting from almost all Covid restrictions and when all three of the UK’s incumbent governments were riding high in the polls.

This year’s vote will happen at a time when almost everyone has tightened their purse strings, causing the pound to slide:

Now is not the time to be an incumbent government. In my newsletter last week, I said the fall in Netflix’s share price is a worrying sign of injury to economies, including here in the UK. As the FT’s Judith Evans writes here in greater detail, it ain’t just Netflix: discretionary spending in general is down.

While May 2021 was exceptionally nightmarish for the opposition party, May 2022 does not seem any better. A disappointing set of local elections for Labour risks another round of leadership introspection and public infighting. Bad results for the Conservatives will probably do the same for Johnson.

Sorry we missed you

What problem do Conservative ministers have with hybrid working, anyway? That’s the (sanitised) version of the question several readers have asked me via email and in the comments.

Jacob Rees-Mogg, the minister for Brexit opportunities and government efficiency, has been leaving passive-aggressive notes saying “sorry you were out when I visited” at empty desks. A source close to him confirmed the note (now heavily memed on social media) was genuine, reported the BBC. Rees-Mogg has also been circulating league tables of office attendance in order to get civil servants to return to Whitehall. Oliver Dowden, who is always a good barometer of fashionable doctrine in the Tory party, called for people to “get off their Pelotons and back to their desks” last autumn.

Conservative ministers’ judgment of working from home seems confused. There is a disconnect between the average person’s experience of homeworking in the pandemic and the average MP’s. Democratic politics has been a hybrid workplace for a very, very, very long time. Before the pandemic, MPs already worked across at least two locations: out in the field in their constituency and in their parliamentary office. Almost all of them have teams working across multiple sites, and a large portion of political activity took place from home in any case.

During lockdown, a lot of MPs experienced all of the downsides of remote working — the having to stand outside in the pouring rain to have a phone call, the intermittent internet access, the seemingly never-ending period between people saying goodbye and the Zoom call actually ending — without many benefits.

And a lot of MPs are social people — it’s why they enjoy the frankly unpleasant parts of the job, such as spending a lot of time talking to and meeting perfect strangers. And as fellow columnist Pilita Clark explained to me, some managers are unable to relax into homeworking because they harbour doubts about whether their staff are doing a good job now that they cannot look at them.

Politics is a hard industry to set objective benchmarks for. Is a journalist who spends most of their time talking to other journalists about their boss’s aims, hobbies and other interests doing a “good job” or not? (I am team “great job”, for obvious reasons.) Is an MP who has little grip on administrative tasks or the detail of legislation, but is ever-present on TV and radio defending or attacking the government, doing a good job or a bad one?

Added to all that, the Conservative party has turned against coronavirus restrictions in general, and as a result, hybrid working and other consequences of the lockdown era are highly unfashionable in Tory circles. Taken together, it makes the Conservatives’ “office culture” instinctively anti-homeworking.

In some ways, this doesn’t matter at all. The Tory government of David Cameron encouraged civil servants to work from home occasionally, despite the backlash from business leaders. As a result, there isn’t enough desk space in Whitehall for every official to work in the office permanently, even if they wanted to. But you can easily see how the Tory party’s anti-homeworking turn might become a problem later down the line. As David Gauke writes over at ConservativeHome:

Giving the impression that the government thinks that the very many people who want to work from home are lazy and unpatriotic does not strike me as obviously good politics.

I saw the film Playground on Friday evening: a fantastic and grounded thriller set in a children’s playground. Our critic Danny Leigh has highlighted its universal “truth and complexity” and has given it five stars in his review. You can see the FT’s “six films to watch this week” here.