DeMar DeRozan carried the Chicago Bulls all season long. Can he do it again in the playoffs? – The Denver Post 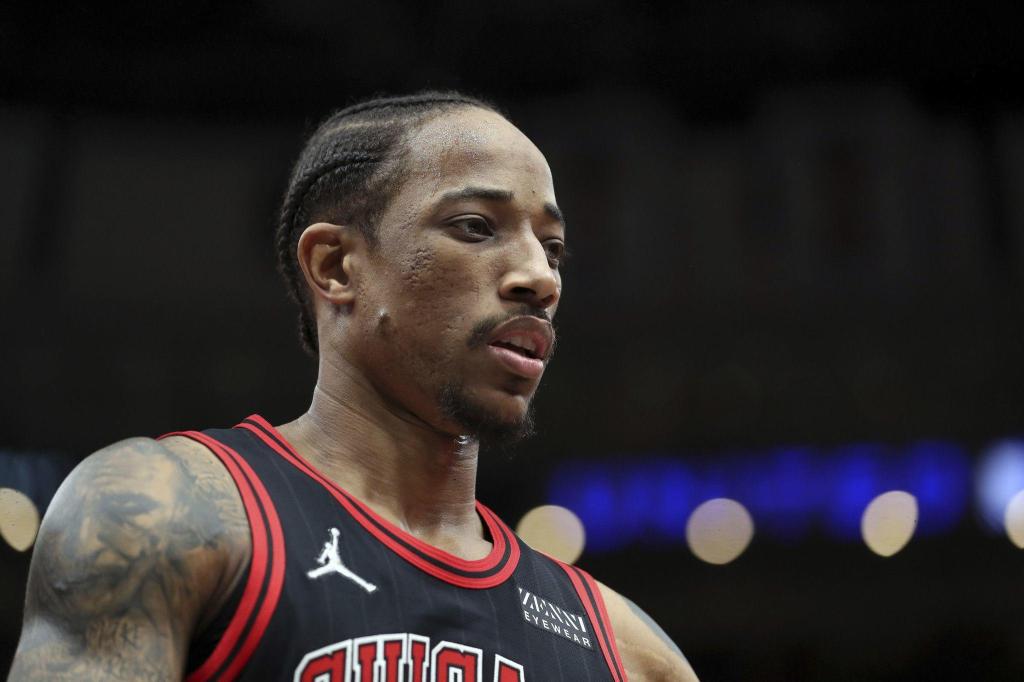 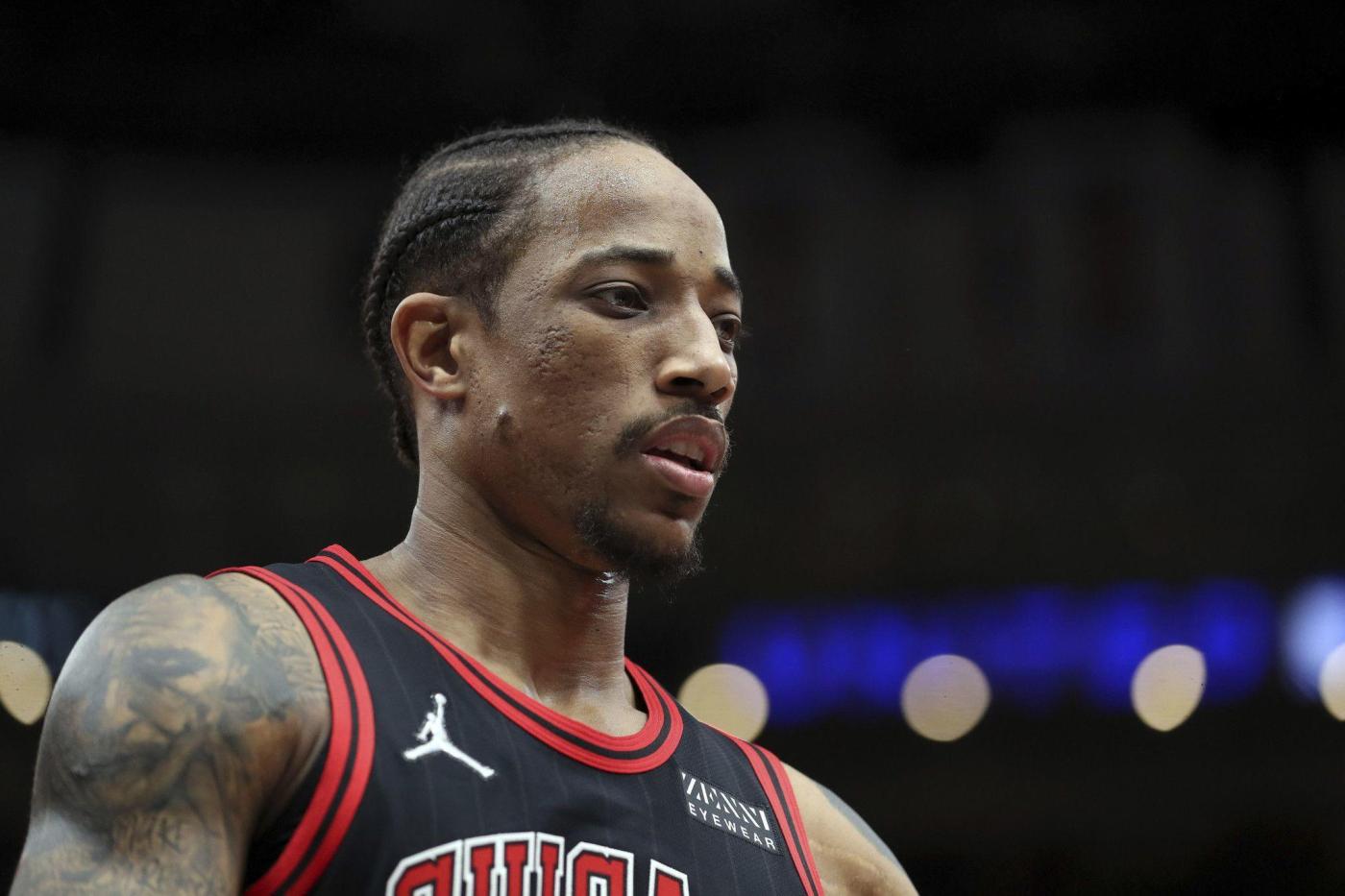 Michael Jordan scored a playoff-record 63 points against the Celtics at Boston Garden in April 1986, a performance Larry Bird famously described as “God disguised as Michael Jordan.”

Jordan’s heroics still weren’t enough for the Chicago Bulls to stave off the Celtics in a 135-131 double-overtime loss, and they wound up getting swept in a three-game, opening-round series. Jordan’s one-man show remains one of the great moments in the Bulls’ rich playoff history, though it would be five more years before Jordan had enough pieces in place to win the first of six NBA titles.

Rest assured DeMar DeRozan won’t be disguised as Michael Jordan when the Bulls take the court Sunday at Fiserv Forum in Game 1 of their first-round series against the Milwaukee Bucks.

But DeRozan was “Jordanesque” at times during the 2021-22 season, carrying the Bulls while they battled injuries and inconsistency. And if the sixth-seeded Bulls hope to pull off an upset, it probably is up to DeRozan to once again lead the way.

The Bulls aren’t oblivious to the narrative surrounding them. Virtually no one outside the organization believes they can beat the defending champions in a best-of-seven series. Winning two games might be considered a moral victory.

But the Bulls appear ready to shut out the noise and turn back the clock to December, when they were one of the league’s biggest surprises and DeRozan was in the early discussion for Most Valuable Player.

Those back-to-back wins in mid-November against the Clippers and Lakers in Los Angeles — when Lonzo Ball declared the Bulls “one of the best teams in the NBA” — seem like eons ago. Ball is now out for the season, and his meniscus injury precipitated a second-half slide that spoiled what might have been a dream season.

Stranger things have happened in the NBA playoffs. One only has to look back to September 2020 to find a recent example of a heavy favorite collapsing under pressure. That was when the top-seeded Bucks lost in five games to the Miami Heat in the Orlando, Fla., bubble.

Yes, these same Bucks — led by Giannis Antetokounmpo, Khris Middleton and Brook Lopez and coached by Mike Budenholzer — not only lost to a No. 5 seed but were humiliated in the second-round upset.

Jimmy Butler scored 40 points in a Game 1 win and hit a pair of free throws with no time remaining to put the Heat up 2-0. The Heat outscored the Bucks 40-13 in the fourth quarter of their comeback victory in Game 3 and won the series in Game 5 when the Bucks played without the injured Antetokounmpo.

The Bucks regrouped and added Jrue Holiday in the ensuring offseason, then made amends last spring, beating the Phoenix Suns in six games for the second NBA title in franchise history. They overcame injuries to win 51 games this season, finishing strong with 15 wins in 20 games before losing to the Cleveland Cavaliers in the regular-season finale.

Budenholzer notably rested his starters and key reserves in that defeat instead of going all out to try to seal the No. 2 seed in the Eastern Conference. That probably would’ve meant a more difficult first-round opponent in the Brooklyn Nets, who indeed went on to win their play-in game against the Cavs.

The Nets will take on the Celtics in the NBA’s prime-time, first-round matchup. The Bucks’ reward for throwing away the Cavaliers game was in the minds of most observers the equivalent of a first-round bye — a matchup against the struggling Bulls.

Since the NBA expanded the first round to seven games in 2003, No. 6 seeds are 8-30 against third-seeded teams. Winning Game 1 on the road and giving some much-needed confidence would be huge for the Bulls knowing the would have three potential home games at the United Center, where they finished 27-14.

The Bulls have nothing to lose going in because the Bucks are expected to use this series as a tuneup for one of the heavyweights — the Celtics or Nets.

And that’s where DeRozan comes in.

Sure, he’ll need plenty of help from Zach LaVine and Nikola Vučević, not to mention Coby White emerging from his shooting slump and Alex Caruso staying healthy. Jordan showed in ’86 that no one can do it alone, even with a 63-point night. But it all starts with their leader who has provided so many unforgettable moments in his first season as a Bull.

Remember, DeRozan, a Compton, Calif., native, nearly became a Laker. He was heavily recruited last summer by LeBron James, only to see the Lakers trade for Washington Wizards guard Russell Westbrook. That led to the sign-and-trade deal with the San Antonio Spurs that made DeRozan a Bull, altering the fates of two iconic franchises.

The Lakers imploded with Westbrook and failed to make the playoffs. The Bulls ended their /four-year playoff drought and became a must-see team again.

According to Lakers legend Magic Johnson, we can thank James for that.

“DeRozan wanted to play for the Lakers,” Johnson recently said on ESPN’s “Get Up.” “And when I got the call from his agent, I called the Lakers, said, ‘Hey, he wants to come home.’ And DeRozan could have been a Laker instead of a Bull. We could have made that deal, but when Russell and LeBron and them started talking, that’s when they nixed that deal and went with Westbrook, and he became a Laker instead of DeRozan.”

Whether DeRozan could have saved the Lakers’ season is debatable. But there’s no question he quickly established himself as a fan favorite in Chicago with his clutch play and leadership. Like Jon Lester’s arrival on the North Side after signing with the Cubs in 2014, DeRozan’s arrival on the West Side quickly changed expectations for the Bulls. He and LaVine met before the season to practice together and create a relationship that would blossom.

And throughout perhaps the best individual season of a stellar 13-year career, DeRozan stayed humble and never put the spotlight on himself. After a 121-103 win over the Lakers on Nov. 15 in Los Angeles, he credited the team’s chemistry for the Bulls’ early-season success.

“You can see it,” DeRozan said. “We’re all comfortable, first and foremost (because) of the friendship we all have, the respect we have for one another, things we do that you guys may not see that translate over to the court.

“You need to have games like we had tonight, and any given night, with guys just being comfortable, being themselves and going out there and playing for one another. When you have that type of chemistry, it’s easy to pull off victories.”

The chemistry remains five months later, but victories have been hard to pull off since the All-Star break.

Can the Bulls rediscover that magic in the playoffs?

It’s time to find out.