Crypto comes to Washington. Will the millions buy influence? – The Denver Post 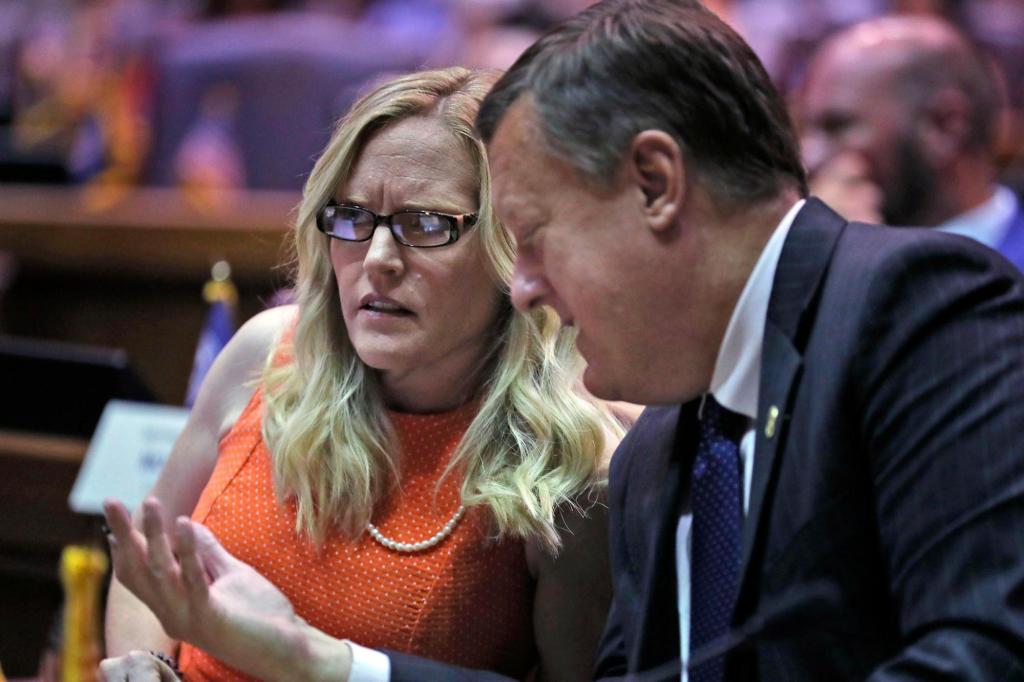 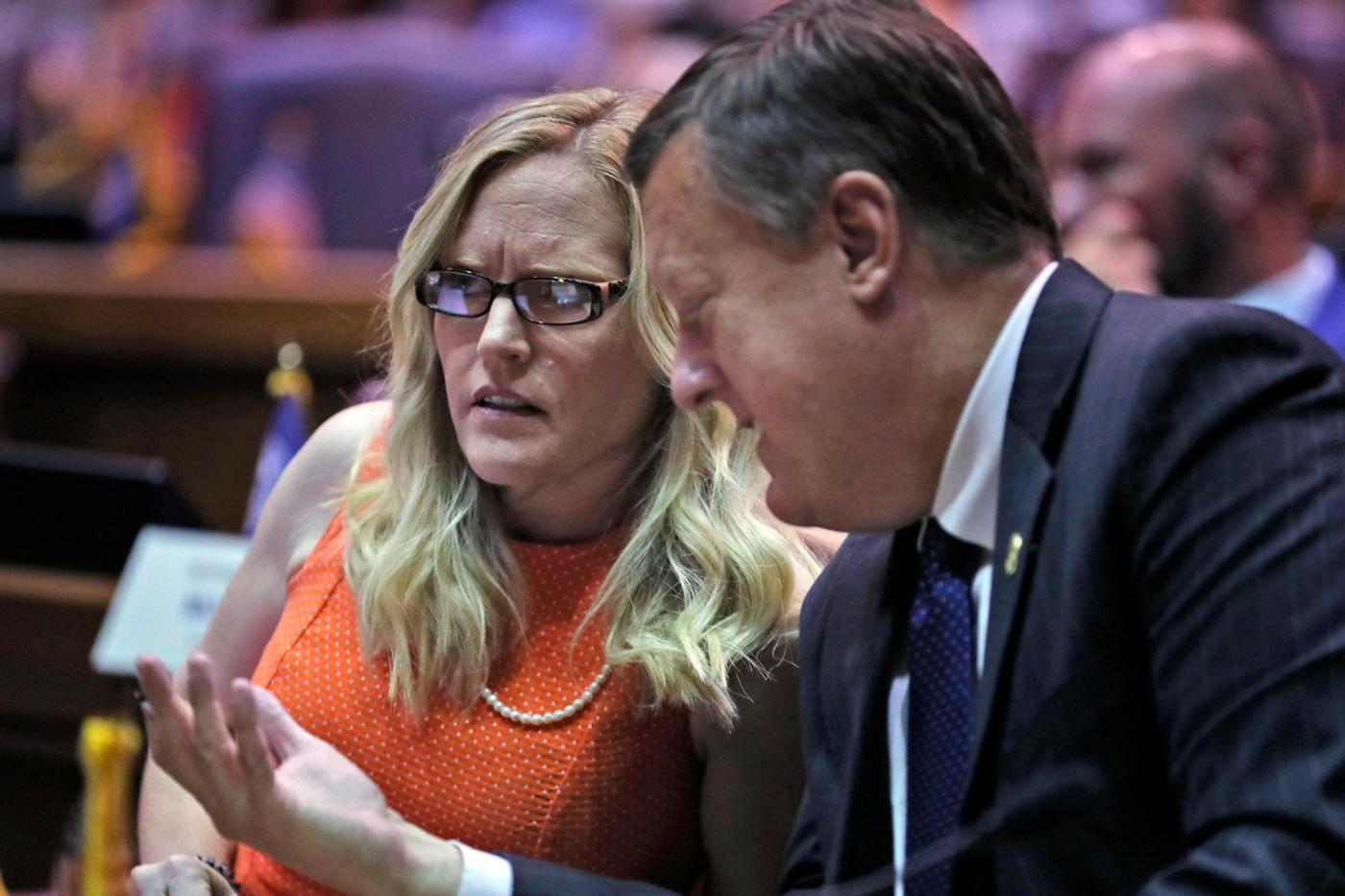 By BRIAN SLODYSKO and FATIMA HUSSEIN

Houchin assumed she would face a negative blitz, like the one that crushed her in 2016 when she ran for the same seat. But, in fact, the opposite happened.

American Dream Federal Action, a super political action committee financed by a cryptocurrency CEO, saturated the district with ads promoting Houchin as a “Trump Tough” conservative who would “stop the socialists in Washington.” That push helped secure her victory last week in a Republican primary.

“All you can do is hold your breath,” Houchin’s longtime consultant, Cam Savage, said upon learning about the ad buy. “It could help you, but the fear is it will end you.” He said Houchin had not sought the support and had no ties to the industry other than filling out a candidate survey from a cryptocurrency group.

The impact of the unsolicited help shows how cryptocurrency tycoons are emerging as political power players. They are pouring millions of dollars into primary elections as they try to gain influence over members of Congress, Republican and Democrat, who will write laws governing their industry, as well as other government officials who are crafting regulations.

This year, for the first time, industry executives have flooded money into congressional races, spending $20 million so far, according to records and interviews.

It’s a delicate but deliberate march by companies that by their very nature make money based in part on evading government attention.

In addition to campaign spending, more than $100 million has been spent lobbying around the issue since 2018 by crypto companies, as well as those who stand to lose if the industry goes mainstream, records show.

Following a well-worn path, they have retained former high-ranking officials such as Max Baucus, a former Democratic senator from Montana who once led the Senate Finance Committee.

The push comes as the Biden administration and Congress not only consider new regulations but also set funding levels for agencies that will oversee the industry.

Officials are considering what consumer protections and financial reporting requirements to put in place and how to crack down on criminals who take advantage of the anonymity offered by cryptocurrency to evade taxes, launder money and commit fraud.

“What do they want? They want no regulation, or they want to help write the regulation. What else is new?” asked Sen. Sherrod Brown, D-Ohio, an industry critic.

Cryptocurrencies are a digital asset that can be traded over the internet without relying on the global banking system. They have been promoted as a way for those with limited means to build wealth by investing in the next big thing. But they also are highly speculative and often lack transparency, which substantially increases risk.

The price of cryptocurrencies including Bitcoin and Ethereum plunged Thursday, shedding billions in value, while Coinbase, the largest crypto trading platform in the U.S., has lost half its value over the past week.

Treasury Secretary Janet Yellen said Thursday that the turmoil underscores the need for regulation of the largely unregulated industry.

“We’ve had a real-life demonstration of the risks,” she told the House Financial Services Committee.

Jan Santiago, deputy director of Global Anti-Scam, an organization that helps victims of cryptocurrency fraud, said the industry has been reluctant to police bad actors.

“Unless it affects their bottom line or public reputation, I don’t think there’s any financial incentive for them,” he said.

There are signs that crypto is going mainstream. Fidelity Investments, one of the nation’s largest providers of retirement accounts, announced earlier this month it will start allowing investors to put bitcoin in their 401(k) accounts.

At the same time, government scrutiny is increasing.

The Securities and Exchange Commission released a plan last week that would nearly double the size of its staff focused on cryptocurrency oversight. Days later, the Justice Department indicted the CEO of a cryptocurrency platform, alleging he orchestrated a “$62 million global investment fraud scheme,” among scores of civil and criminal crypto cases brought by federal authorities. Prosecutors say he promised generous returns but instead absconded with investors’ money.

Members of Congress and the administration have raised concerns that Russian oligarchs could turn to cryptocurrency to evade U.S. sanctions put in place when Russia invaded Ukraine.

But at least one lawmaker has been an active participant in promoting the allure of crypto riches.

Rep. Madison Cawthorn, R-N.C., promoted a new crypto coin called “Let’s Go Brandon” — a phrase that has become conservative shorthand for a vulgar insult of President Joe Biden. In one video posted to Twitter, Cawthorn appears alongside the cryptocurrency’s founder and emphatically declares, “This is going to the moon, baby,” while urging viewers to visit the coin’s website and “get on the train.”

After an initial spike, it plunged in value and is now worth a small fraction of a penny, as first reported by the Washington Examiner.

“I’m confident that bitcoin protects consumers,” said Sen. Cynthia Lummis, R-Wyo., who has invested between $150,002 and $350,000 in the currency, according to her financial disclosure. “I’m not confident that all cryptocurrencies protect consumers. In fact, I’m willing to bet that the majority of those are fraudulent.”

Others believe concern over cryptocurrency fraud is overhyped.

“It can be an easy conclusion for people to say there’s so much fraud in that space,” said Ashley Ebersole, a former SEC lawyer. “It makes headlines, but I don’t know that it’s a greater proportion.”

In Washington, Democrats have been far more hawkish than Republicans. “They had me at ‘Hello,’ so they don’t need to lobby me,” said Lummis, a Republican. “Democrats are another story.”

Many cryptocurrency proponents long opposed regulation. But lobbyists say that is now a settled debate and their current aim is to persuade skeptics not to regulate too aggressively.

Perianne Boring, founder of the Chamber of Digital Commerce, has been lobbying lawmakers and federal agencies since 2017, trying to make the case for developing accounting standards for cryptocurrency and other digital assets and to help crypto businesses become publicly traded companies.

“Because there are no standards, many businesses are hesitant to touch cryptocurrency,” said Boring, whose group has spent nearly $2 million lobbying the federal government.

Some lobbyists are hoping that a wave of campaign spending could help, much of it directed to Democratic primary races.

“Folks in crypto are, all of a sudden, happy to go to political fundraisers,” said Kristin Smith, the executive director of the Blockchain Association. Smith’s group has spent about $4 million on lobbying since 2018. “The government could actually come in and really mess it up if we aren’t constructively engaging.”

So the industry is pushing hard for certain candidates and that has fostered a sense of resentment among some Democrats. In suburban Atlanta, two members of the U.S. House, Democrats Carolyn Bourdeaux and Lucy McBath, are squaring off after their districts were merged during redistricting.

A super PAC called Protect Our Future, financed by Sam Bankman-Fried, the 30-year-old billionaire founder of the cryptocurrency exchange FTX, has spent about $2 million on ads supporting McBath, highlighting her support of Democratic policy priorities but saying nothing about cryptocurrency.

“They are not doing this out of the goodness of their heart. They are doing this because they want something. And that’s to avoid regulation,” Bourdeaux said.

FTX and McBath’s campaign did not respond to requests for comment. Protect Our Future, which plans to spend at least an additional $10 million on primary campaigns, said their expenditures have nothing to do with cryptocurrency regulation.

“There are a number of factors that go into our endorsements, including voting history, policy platforms, viability as a candidate, and public service and professional experience,” the group’s president, Michael Sadowsky, said in a statement.

Crypto super PACs are active in other marquee races, including Pennsylvania’s Democratic Senate primary, where a separate crypto group linked to Bankman-Fried spent $212,000 last week on ads backing John Fetterman, the state’s Democratic lieutenant governor who is running for Senate. The ads say Fetterman will not “get schmoozed by lobbyists or bossed around by politicians.”

But overall, the spending is on such a scale that it has generated questions about the industry’s motives.

“It tells every Democrat that, if you have a primary, they could come in with $2 million. They are certainly making a point,” said Rep. Brad Sherman, D-Calif., a crypto critic who is chairman of the House Financial Services subcommittee tasked with investor protection. “You don’t need a good argument in Washington if you got a lot of well-paid lobbyists and a big PAC — you just need some sort of argument.”