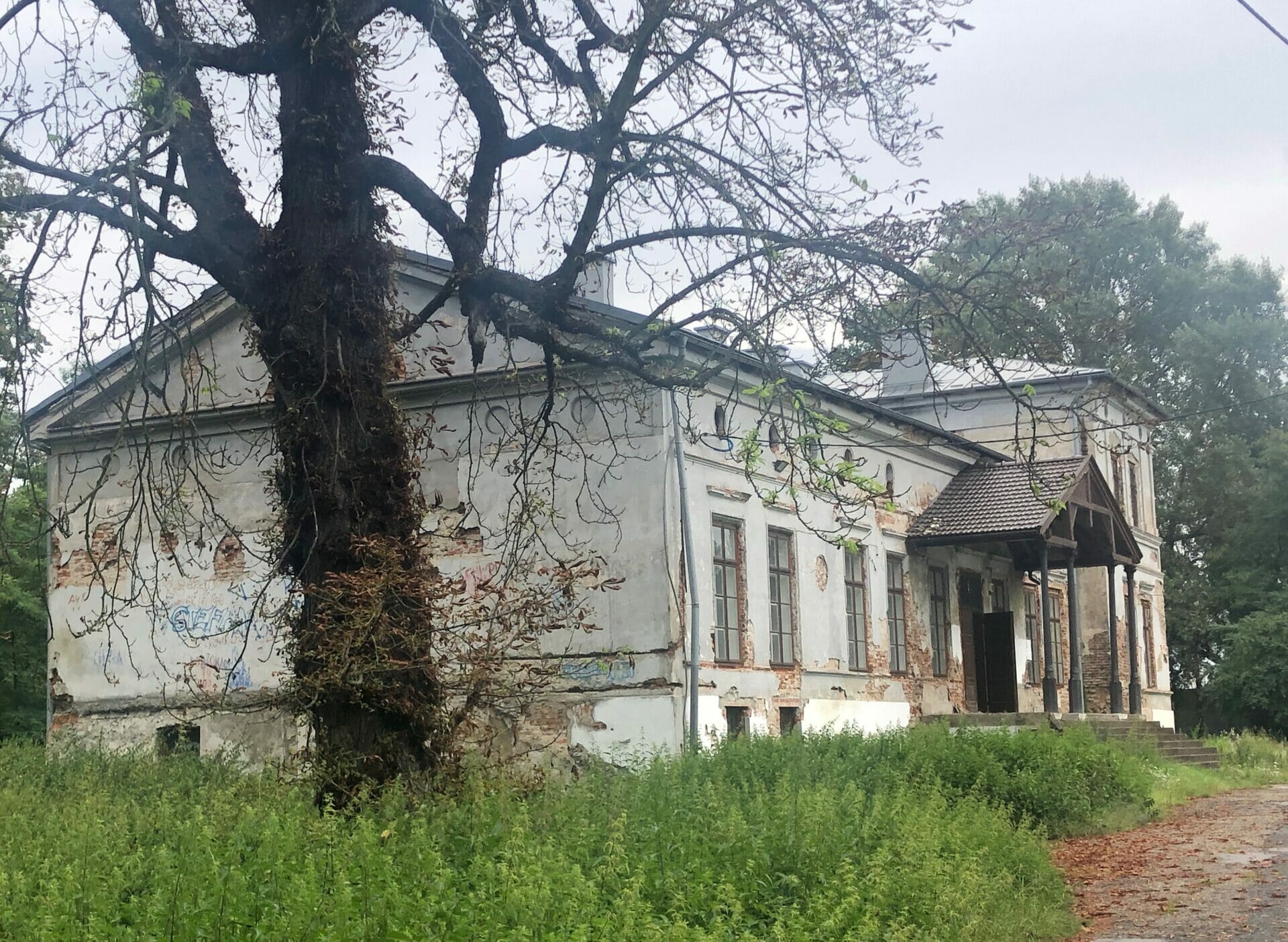 The Popiel family lived in their manor house outside of Kraków, Poland, for generations, but in World War II the Nazis and then the Soviet Army invaded their peaceful home. The family was forced to leave and over the years the house became a crumbling ruin.

Enter an unlikely savior — Sue Schroeder, artistic director of Core Dance. Under her leadership, the building is being renovated and reborn as the róza Centre for International and Interdisciplinary Art and Cooperation, named for the last person to live there, Róza Kieniewicz Popiel.

It’s an improbable story that brings Polish history, the arts and Atlanta together in unexpected ways. Says Schroeder: “I would never have guessed I’d be doing this, but it’s an interesting thing when someone says I have this building, would you like to do what you do there and how can I support you? I could have said no, but it feels like a great opportunity.”

The manor’s current owner, Michael Popiel de Boisgelin, Schroeder and the center’s co-founder Joshua A. Poole have a shared vision. Róza will be a gathering place for artists in multiple disciplines — dance, music, architecture, theater, film, visual art and literature. Participants will be encouraged to develop their art and build relationships that generate social change and promote sustainable living, diversity, inclusion and accessibility. Schroeder conceives of it as a “living laboratory.”

Schroeder’s title is founding director of creativity, which for now encompasses a multitude of responsibilities – bringing artists together, learning about communist repatriation funding, hiring photographers and videographers, arranging for water, food and glamping-style tents and explaining to the Polish team what mulch is.

For several weeks in May and June, she will live on the grounds of the center with the inaugural group of artists, two of them Ukrainian, while construction is underway. Hence the tents. “We want to embed ourselves in the dust of the place,” she says. There will be process, discussion, relationship building and three events: a sound installation, a video mapping project and a new iteration of Core Dance’s No Time to Lose project.

The creative practice that birthed No Time to Lose, which premiered at Atlanta’s B Complex in March 2021, will propel the creation of a new work titled Re:member. Two people who participated in the Atlanta performance – movement artist Keith Hennessy and composer/musician Christian Meyer — will embed with the group and help develop the process.

Schroeder has always been drawn to Europe. She has presented work in museums there and has practiced her collaborative, non-hierarchical methodology in France, Israel, Poland, Sweden, Germany and beyond.

The pandemic prevented her from traveling but ironically expanded her reach. “We did so much virtual programming, our international audiences got to experience us more than usual,” she says.

Schroeder admits that her priorities are shifting from running an organization to creating, teaching and curating internationally.

A gallery in Britain has commissioned her to curate an exhibition of seven live performances in their collection, a huge project she anticipates will keep her busy for the next 10 years.

“At Core Dance we do all these things around the world, but Atlanta benefits because we bring back new flavors and new ideas,” she says, confirming that Atlanta is still her physical and artistic home. Flux Projects, for instance, has commissioned her to create “a water piece” with conceptual artist Jonathon Keats to premiere in fall 2023. She plans to reassess in January 2023, but for now she intends to hire dancers only as needed for her Atlanta projects. The Resident Artists program she launched in 2021 will end in August and won’t be renewed.

Schroeder’s focus may be shifting, but her vision is not. She believes deeply in community and breaking down the world’s visible and invisible divisions through the practice of artmaking. The róza Centre is the next step in that creative journey. “It’s what I’m being called to do,” she says.

Gillian Anne Renault has been an ArtsATL contributor since 2012 and was named Senior Editor for Art+Design and Dance in 2021. She covered dance for the Los Angeles Daily News, Herald Examiner and Ballet News, and on radio stations such as KCRW, the NPR affiliate in Santa Monica, California. Many years ago, she was awarded an NEA Fellowship to attend American Dance Festival’s Dance Criticism program.