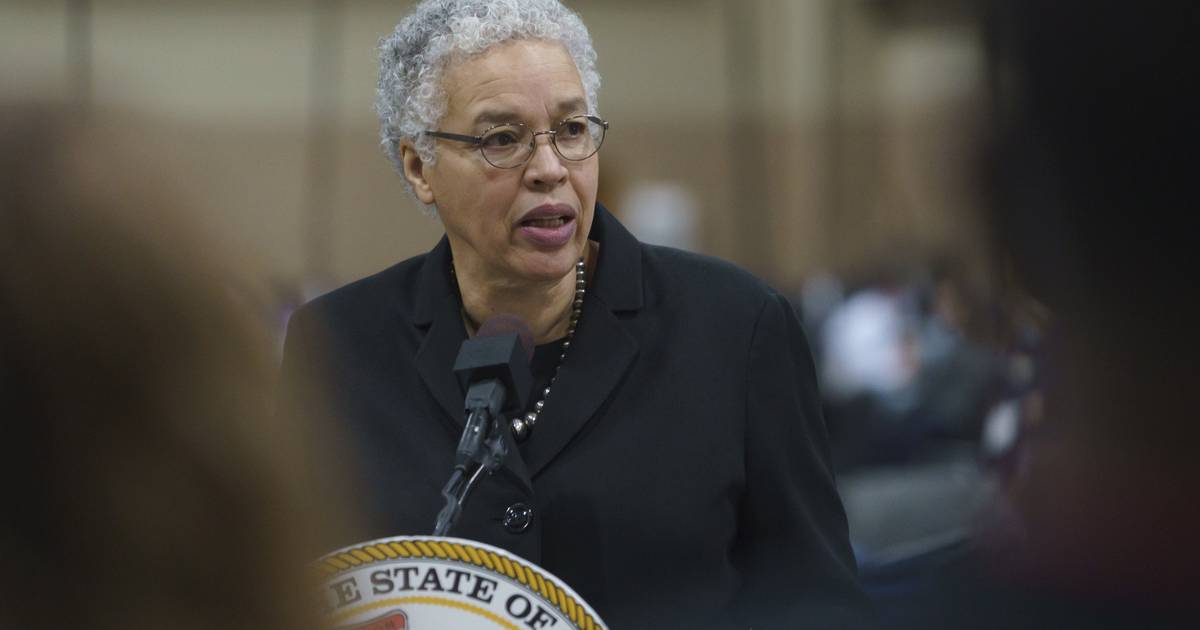 Applications for Cook County’s $42 million direct cash assistance program will open this fall, officials said Wednesday while outlining new details on the initiative they say they plan to make permanent.

Touted as one of the nation’s largest guaranteed income programs, Cook County plans to give $500 monthly payments to 3,250 residents for two years with the help of its federal American Rescue Plan Act dollars. Both city and suburban county residents can sign up here for updates on applications opening later this year.

In a news conference rolling out the specifics, Cook County Board President Toni Preckwinkle sought to preempt critics who she said might use the “welfare queen” trope to argue poor residents would take advantage of the government, no-strings-attached handouts.

“Historically, both public and private institutions have been reluctant to directly invest in low-income people without significant restrictions,” said Preckwinkle, who is running for reelection this year. “This red tape is not because of evidence but rather based on how our society views people in poverty and questions about whether they have the character or the ability to make decisions for themselves. To put it plainly, this paternalistic view is both inaccurate and unhelpful.”

Preckwinkle said a survey shows that a previous, smaller-scale cash assistance program Cook County set up during in the coronavirus pandemic resulted in a “vast majority” of the money being spent on food, housing, transportation and medical costs. That $9 million county program, launched in 2020, doled out CARES Act money to suburban residents only, allowing almost 14,000 households to receive a one-time $600 payment.

Participants of the new program must be adults whose household income is at most 250% of the federal poverty line and who will not participate in other direct cash assistance programs during the 24 months of the county program. Most of the selected applicants, chosen through a lottery, will be suburban residents.

The county program’s total would surpass a similar $31.5 million pilot in Chicago as well as most guaranteed income experiments across the U.S. It is also touted as one of the few that would operate in suburban areas.

In the past two decades, many suburban communities have grappled with a rise in poverty while lacking a network of social service providers. The suburban Chicago area is no exception, with the number of residents living below the poverty line jumping 54% from 2010 to 2016, according to the Metropolitan Planning Council.

Preckwinkle also reiterated Wednesday that the county aims to make the guaranteed income program permanent, though she did not identify a source for funding other than “a variety of revenue streams.” Still, she said the county was committed to making the pilot last beyond the 24-month trial.

The first $500 payments are expected to go out by the end of 2022. Overall, $39 million of the program’s budget will be handed directly to residents as cash assistance, while the rest will be for overhead costs such as outreach, application assistance and evaluating the program’s success.

The University of Chicago, which was chosen to study the pilot, will focus on three aspects: examining the impact on recipients’ outcomes, highlighting the “voices” of participants and hosting public discussions on how to improve future cash assistance programs.

Michael Tubbs, founder of the Mayors for a Guaranteed Income coalition and a former mayor of Stockton, California, said there are more than 100 such pilots in motion throughout the country.

Despite inflation, crowds turn out for Black Friday