Community college enrollment is down, but skilled-trades programs are booming 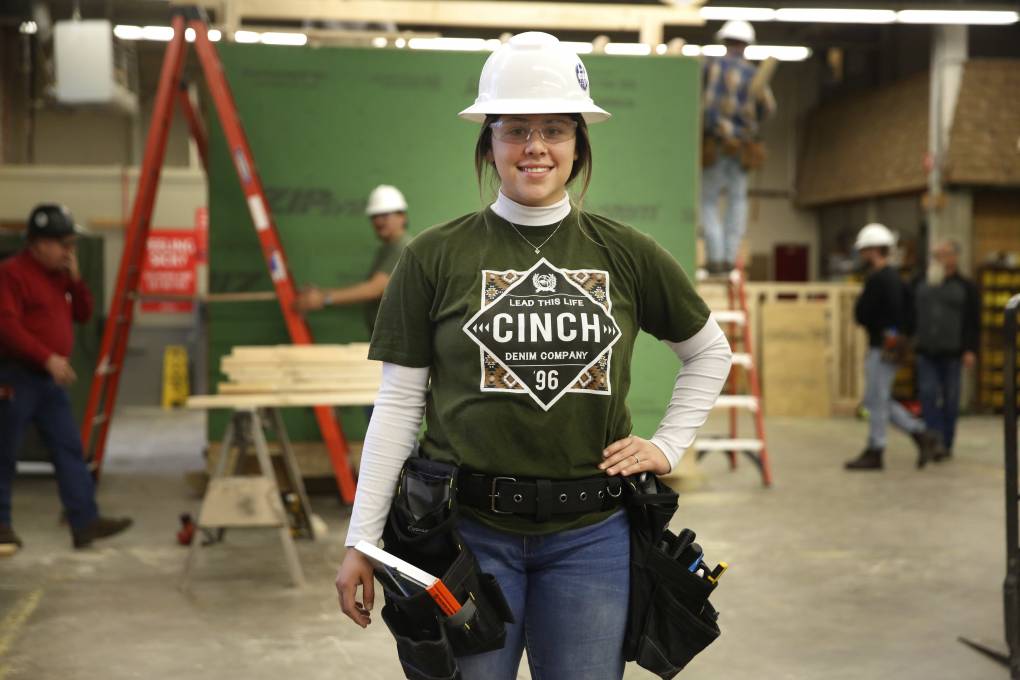 There’s a shortage in qualified construction workers, according to a survey conducted in September 2021 by the Associated General Contractors of America. The survey found that 89% of contractors were having a difficult time finding workers who were trained for the job. That affects project timelines — 61% of contractors reported project delays because of workforce shortages.

Tony Chaffin, leader of the construction program at Texas State Technical College, says the demand for workers is “huge.”

“We have contractors calling us weekly: ‘Do you have anybody that can work?’ ” he says. “I mean, they just want people.”

Part of the labor shortage can be attributed to experienced workers aging out of the field, Chaffin says. “The average building inspector is about 58 years old, so they’re leaving faster than they’re coming in.”

The Associated General Contractors of America sees investing in skilled trades programs as crucial for addressing the shortage of qualified workers.

“The federal government only spends $1 on career training for every $6 it puts into college prep,” says Steve Sandherr, the group’s CEO. “This funding gap for career training is one of the main reasons so many contractors have a low opinion of the current pipeline for preparing new craft and construction professionals.”

The heightened demand for students with a two-year degree or a certificate in skilled trades comes at a time when many prospective students are rethinking the value of college. For some students, graduating from a skilled-trades program could mean securing a high-paying job without taking on too much debt. A growing number of people without a bachelor’s degree are out-earning their four-year college peers, according to a study from Georgetown University’s Center on Education and the Workforce.

For Alaniz, one of the few women in the construction program, getting her degree is just the first step. Even though being around job sites comes naturally to her — she grew up helping her dad with his sandblasting business — she knows she doesn’t want to be out on job sites doing hard labor forever.

“I want to be running it. But I have to learn the basics to it first before I can do that.”

Stop Posting Pictures of Students Who Benefit From Your Charity Drives