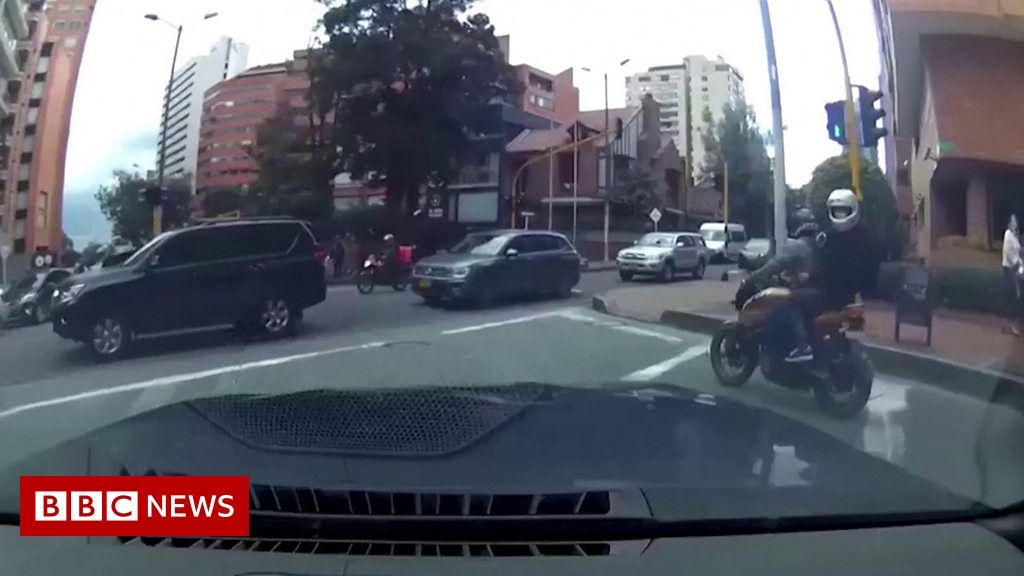 A dramatic video shows the moment a robbery victim, ran over two armed muggers in Colombia’s capital on Saturday.

The thieves, on a motorbike, pointed a gun at 28-year-old criminal-lawyer Angelo Schiavenato, who in turn accelerated and hit the two men, who then fell to the ground.

The thieves had just taken a watch, two mobile phones and a necklace from Schiavenato and his assistant, who was also in the car.

The robbers then threatened the pair and fired shots, but Schiavenato accelerated and drove into them.

Colombian police officers managed to arrest the culprits and they will now be prosecuted for aggravated theft and the illegal carrying of firearms.

The Politics of Grievance – The New York Times