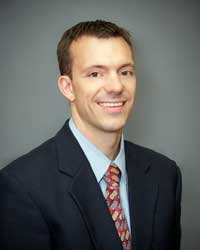 Oedekoven says collaboration is critical to help protect the US pork industry from a foreign animal disease outbreak. He says there’s alignment with strategies and tactics thanks to direction from producer leaders.

“And obviously there’s a lot of good work going on in that area across, not just at the Pork Board but among state animal health agencies and within USDA and along academia. And so, were part of the solution there.”

Oedekoven says preparedness is critical to maintain business continuity in the event of a foreign animal disease outbreak.

“For all the planning and work that goes into planning to response, you know, it’s really useless if it’s not implemented on the farm level. So, for example, the biosecurity procedures that we know are critical to preventing the introduction of a pathogen like African swine fever into swine herds, that it’s got to be understood and implemented on every farm.”

Biosecurity and prevention are important, but Oedekoven says knowing early signs and symptoms of diseases is crucial as well.

“And we know that African swine fever can be somewhat sneaky, you know, it can mimic other diseases and can be present for some time before it’s detected. And so, we really need pig farmers to be alert to the signs and you know what does African swine fever look like? and to report any suspicious signs.”

Oedekoven says producers should not be afraid to report early signs of disease.

More information on foreign animal diseases can be found at porkcheckoff.org.