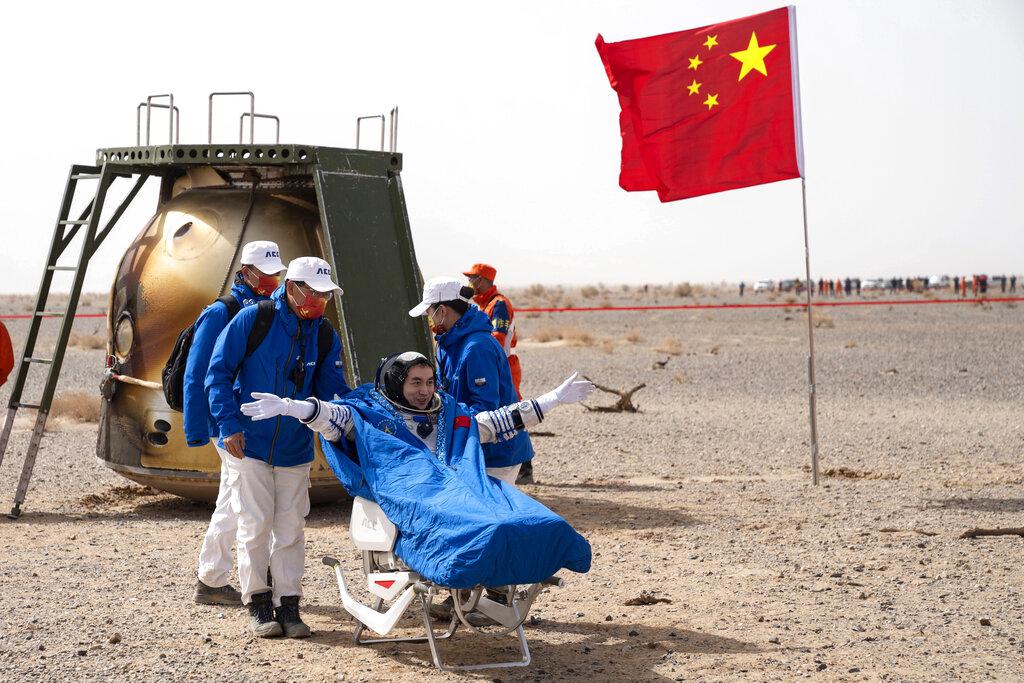 BEIJING — Three Chinese astronauts returned to Earth on Saturday after six months aboard their country’s newest orbital station in the longest crewed mission to date for China’s ambitious space program.

The Shenzhou 13 space capsule landed in the Gobi desert in the northern region of Inner Mongolia, shown live on state TV.

During the mission, astronaut Wang Yaping carried out the first spacewalk by a Chinese woman. Wang and crewmates Zhai Zhigang and Ye Guangfu beamed back physics lessons for high school students.

China launched its first astronaut into space in 2003 and landed robot rovers on the moon in 2013 and on Mars last year. Officials have discussed a possible crewed mission to the moon.

On Saturday, state TV showed images from inside the capsule as it traveled at 200 meters per second over Africa before entering the atmosphere.

The trio were the second crew aboard Tiangong, or Heavenly Palace. Its core module, Tianhe, was launched in April 2021. Plans call for completing construction this year by adding two more modules.

Authorities have yet to announce a date for launching the next Tiangong crew.

China is excluded from the International Space Station due to U.S. unease that its space program is run by the ruling Communist Party’s military wing, the People’s Liberation Army.

China was the third nation to launch an astronaut into space on its own after the former Soviet Union and the United States. Tiangong is China’s third space station following predecessors launched in 2011 and 2016.

The government announced in 2020 that China’s first reusable spacecraft had landed following a test flight but no photos or details of the vehicle have been released.

On Tuesday, President Xi Jinping visited the launch site in Wenchang on the southern island of Hainan from which the Tianhe module was fired into orbit.

“Persist in pursuing the frontiers of world aerospace development and the major strategic needs of national aerospace,” Xi told staff at the site, all of them in military uniform.