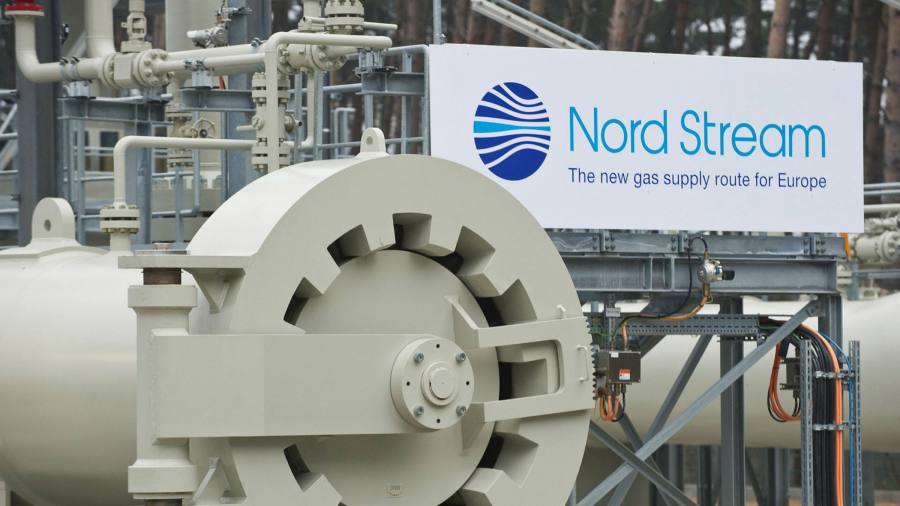 Canada is to allow the export of key equipment for the main Russian gas pipeline to Germany, clearing a potential obstacle to the resumption of increased gas deliveries to Europe.

Ottawa late on Saturday granted an exemption to its sanctions on Moscow, bringing potential relief in Berlin, which fears it could be forced to ration supplies.

The Nord Stream 1 pipeline supplies Germany with much of its Russian gas. Canada had blocked the delivery of a gas turbine used in the pipeline, which was being repaired by German manufacturer Siemens Energy at its plant in Montreal, because of its sanctions on the Russian energy sector. Moscow blamed this delay for its decision last month to cut the flow of gas through the pipeline by 60 per cent, sending gas prices soaring.

Canada’s minister of natural resources Jonathan Wilkinson said on Twitter that it would “grant a time-limited and revocable permit” to allow Siemens Energy to transport the turbine back to Germany.

“Absent a necessary supply of natural gas, the German economy will suffer very significant hardship and Germans themselves will be at risk of being unable to heat their homes as winter approaches,” Wilkinson said.

Siemens Energy, which declined to comment, will need a further waiver from EU sanctions to be able to transport the turbine to Russia. “We welcome the decision of our Canadian friends and allies,” the German government said in a statement on Sunday.

The Russian decision to reduce supplies had hampered German efforts to rebuild gas storage levels ahead of the winter heating season, when demand for gas is much greater. Gas market analysts said the return of the turbine to Russia could lead to an increase in flows once maintenance on the NS1 line — which is scheduled to shut down for 10 days of maintenance from Monday — is completed.

But there remains a risk Russia will find another reason to keep flows to the continent low. Officials in Germany fear the pipeline may not be turned back on once maintenance begins.

European officials have accused Russia of in effect using the turbine issue as an excuse to weaponise gas supplies, as state-backed gas exporter Gazprom has declined to utilise alternative routes — which have ample available capacity — to make up the shortfall on the NS1 line.

Laurent Ruseckas, executive director of gas at S&P Global, said Russia may still be able to argue that this is only one turbine while Moscow has said five of the eight on the line need to undergo repairs.

“The return of this turbine will partly call Russia’s bluff, as their pretext for reducing capacity would be entirely undermined if the turbine were returned and not brought into service,” Ruseckas said.

Since Gazprom reduced capacity on NS1 last month, gas prices have soared from already elevated levels, with the benchmark European price rising from more than €80 a megawatt hour to €169 a megawatt hour on Friday.

Ukrainians have criticised the move as another example of the west bowing to threats from Moscow to cut off the supply of gas to Europe.

“Unfortunately, Canada succumbed to pressure and decided to return the turbine to Gazprom,” said Sergiy Makogon, chief executive of Ukraine’s state-owned gas transmission network. “This is a very bad precedent for an exemption from sanctions,” 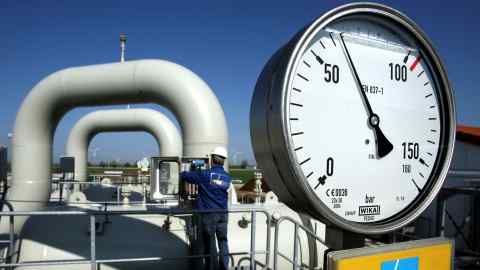 Germany has triggered the second stage of its emergency gas plan, including firing up old coal-fired power stations and asking households to limit consumption.

The recent surge in prices has forced utility Uniper, Germany’s largest buyer of Russian gas, to ask for a multibillion-euro bailout from Berlin that is likely to result in the government taking a stake in the company.

France’s finance minister Bruno Le Maire warned on Sunday that the country should prepare for severing of Russian energy supplies. “I think that a total cut-off of Russian gas supplies is a real possibility . . . and we need to prepare for this scenario,” he told a conference in southern France.