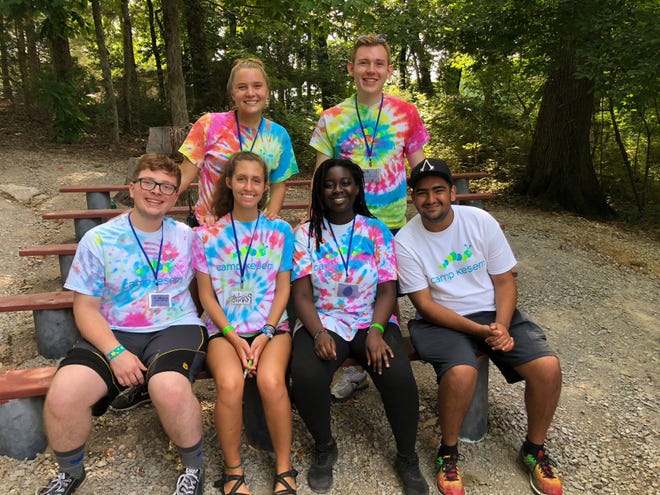 That changed once the Tennessee native started attending Camp Kesem in her home state. Camp Kesem is a summer camp for children ages 6 to 18 impacted by a parent’s cancer. She said being around others with similar experiences validated her experience.

Four years at Camp Kesem motivated Slaten to found a chapter at MSU in 2019, the first in the state, to provide support for other children affected by cancer. The chapter planned to host similar camps to the one she had attended in Tennessee, but the coronavirus pandemic shifted camp online.

Now MSU’s Camp Kesem is preparing to hold its first in-person summer program at Camp Hopewell in Oxford from July 24 to 30. Members are raising money and recruiting campers and counselors.

“It will be good to see the past four years of work come to life and see the campers and see the impact we have on them,” Slaten said.

How can Camp Kesem help?

The annual rate of cancer in Mississippi is 474.4 per 100,000 people, according to statistics from the American Cancer Society, which is slightly higher than the national average.

Susan Brooks, a staff advisor of the Camp Kesem chapter, sees potential for Camp Kesem to help children in Mississippi. They are an underrepresented group who don’t always receive support while their parents are undergoing cancer treatment, she said.

At camp, attendees can expect to take part in activities including as canoeing and ropes courses, arts and crafts and campfire tunes.

On site there will be mental health providers, a nurse and camp counselors who are trained to work with children. There are also opportunities for campers to talk about their experiences with cancer in small and large groups.

Brooks and Slaten said the goal is to give children and teens a chance to play and be themselves.

“It doesn’t have to be about mom or dad’s cancer,” Brooks said.

Brooks said Camp Kesem has helped her own family. In the past two years, she and her husband Christopher, who is a MSU professor and advisor for the Camp Kesem chapter, have had cancer.

Brooks found a community and support during her treatment for breast cancer, but she wished her sons, who are 16 and 19, had some kind of support.

When Brooks introduced Camp Kesem to her sons in 2019, they didn’t want to go and spend a week thinking about cancer, but by the end of camp, they made friends and felt a level of acceptance they hadn’t experienced before.

“It was really everything I hoped it would be for them,” Brooks said.

Her sons attended Camp Kesem through the University of Alabama. In 2020, they attended virtual camp once the chapter at MSU was founded.

Brooks is currently undergoing treatment for kidney cancer, which she said was caught earlier than, and is more manageable than, her breast cancer.

Slaten said the goal is to have between 15 and 20 campers. So far, the chapter has seven who are signed up for camp and is working on recruiting more.

Chapter members are trying to recruit outside of Starkville because students in town start school the same week of camp. Slaten said some of the confirmed campers are from Tupelo and Tennessee.

Slaten and other MSU students will serve as camp counselors. Some have had family members or friends with cancer or plan to work with children for careers, she said.

In preparation, the group has been fundraising throughout the year, including through a gala held April 2 at the Storehouse in Starkville. That event raised $15,000, which Slaten said will cover half the cost of camp.

She said it was nice to see the Starkville community support the mission, even if it was the first time many of them had ever heard about Camp Kesem.

How to register for camp and find more information?

Applications for camp are at kesem.force.com. Select Mississippi as the state location and register for Camp Kesem at MSU.

Applicants can say in the application if they need help with transportation to camp or camp supplies. Available options to get to camp include gas cards, carpools or pickup.