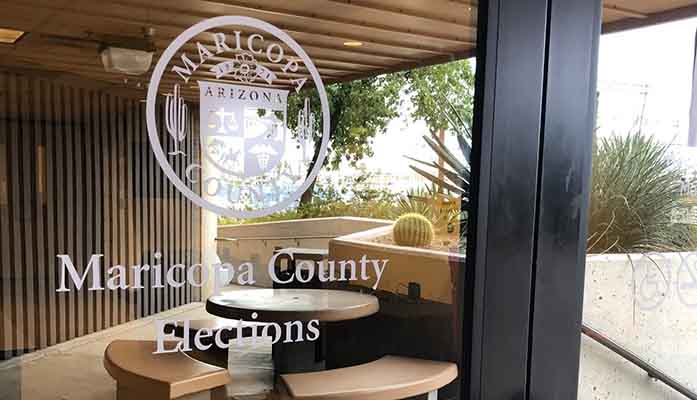 Our country, including here in Arizona, is experiencing a crisis of confidence in the integrity of our election process.  Unfortunately, Arizona’s chief legal officer only pays lip service to the crisis in pursuit of his own political career. Attorney General Mark Brnovich’s deliberate inaction is exacerbating this serious problem. He refuses to investigate credible concerns involving ballots cast through Arizona’s overseas internet portal. His failure of leadership should concern all Arizonans.

Although the Attorney General claims he is investigating fraud in the 2020 election, he hasn’t shown any inclination to investigate documented anomalies and vulnerabilities involving the processing of overseas ballots that include an unexplained 68% increase in Maricopa County. The Attorney General’s Interim Report on the Maricopa County election audit ignores this critical issue. Is this because Attorney General Brnovich signed off on the election procedures manual setting forth the very process that leaves Arizona susceptible to fraudulent overseas ballots? Or, is it because his political handlers instructed him not to push hard on election integrity issues during his campaign?

The federal Uniformed and Overseas Citizens Absentee Voting Act (UOCAVA) outlines procedures and requirements for citizens voting from overseas, a substantial number of which are service members and their families. UOCAVA covers everything from setting deadlines for states to send ballots out to procedures for accepting voter registrations. It requires the U.S. Postal Service to provide expedited service for UOCAVA ballots in advance of an election.

UOCAVA allows states adopt methods to accept electronically submitted ballots. In 2020, Arizona was one of just three states that authorized online UOCAVA voting. The legislature assigned the Secretary of State authority to set the process for online ballot acceptance with sign-off from the Attorney General, in this case, Mark Brnovich.

Earlier this year, Paul Harris, a manager involved with the Arizona Senate’s audit of Maricopa County’s 2020 ballots, testified before the Senate that nearly 10,000 UOCAVA ballots accepted by the Maricopa County Recorder’s Office were presented without an evident chain of custody. These ballots included those expedited by the Postal Service as well as printouts of ballots submitted by fax, email, and an internet portal. The County Recorder’s Office later confirmed the total number of UOCAVA ballots received in 2020 was 10,396; a 68% increase over the 6,180 UOCAVA ballots cast in 2016.

The 68% increase in overseas ballots is even more concerning considering there was no corresponding increase in Arizona service members deployed overseas during that same time period. Moreover, the population of all U.S. citizens overseas is estimated to have only increased by around 11-12% between 2016 and 2020. The Federal Voting Assistance Program estimates that overseas voting rates remained steady in 2020. Considering these data points, the 68% increase in Maricopa County UOCAVA ballots simply doesn’t add up and is deserving of the Attorney General’s attention.

Further highlighting election integrity concerns, Mr. Harris testified that of the purported UOCAVA ballots accepted by Maricopa County, approximately 95% of those 10,396 ballots were cast for a single candidate. According to Mr. Harris, that candidate was Joe Biden. While critics may argue this was just Mr. Harris’ estimate, in a county where the final recorded tally was split by only 2%, any significant discrepancy among a subset of ballots, whether for Joe Biden or Donald Trump, is alarming. This alarm is compounded by the fact that those votes were cast online without an evident chain of custody.

Despite raising his concerns to the Attorney General’s office, Mr. Harris has not been questioned further  by Attorney General Brnovich or his staff during their “investigation.” Unfortunately, Maricopa County does not separately report the results from these UOCAVA ballots, so citizens are left to rely on an Attorney General who hasn’t taken election integrity seriously.

If Arizona is going to allow electronic submission of overseas absentee ballots there must be a clear chain of custody with clear standards to close any security vulnerabilities that exist. We also need more transparency, with reportable metrics of results from this crucial group of ballots. If these basic standards cannot be met, the state must abandon the process in favor of a more secure paper system used by several other states. The Attorney General ignoring anomalies of this degree, using procedures he signed off on, should raise questions about his fitness for office.

The UOCAVA system is critical for preserving the rights of our deployed service members and their accompanying family members to vote, but the integrity of each UOCAVA ballot is as important as the integrity of ballots here at home. I experienced the process firsthand when I voted from a tent in the middle of a warzone. Like my peers, I followed the proper procedure and mailed my ballot back home so my vote would count.

I wore the cloth of this nation for 34 years, in part, to protect the right of our citizens to participate in elections in which they have trust and confidence in the integrity of the process. An integral part of such elections is the equal application and enforcement of all laws, including those that dictate the time, place and means by which an election occurs. We expect our elected officials to follow our laws, and our chief legal officer to investigate glaring anomalies in the election process.

We must investigate and prosecute criminal misconduct, a mission that Attorney General Brnovich has proven he is unwilling to undertake. As Arizona’s next U.S. Senator, I will use my oversight authority to fight to ensure the integrity of overseas voting and prevent the federal government from interfering with Arizona’s efforts to secure our elections, as they have attempted to do. I will not sit on my hands like Mark Brnovich has as attorney general.

Major General Michael “Mick” McGuire is the former Adjutant General of the Arizona National Guard and current candidate for the U.S. Senate.