Brett Favre and the Mississippi welfare scandal: What we know 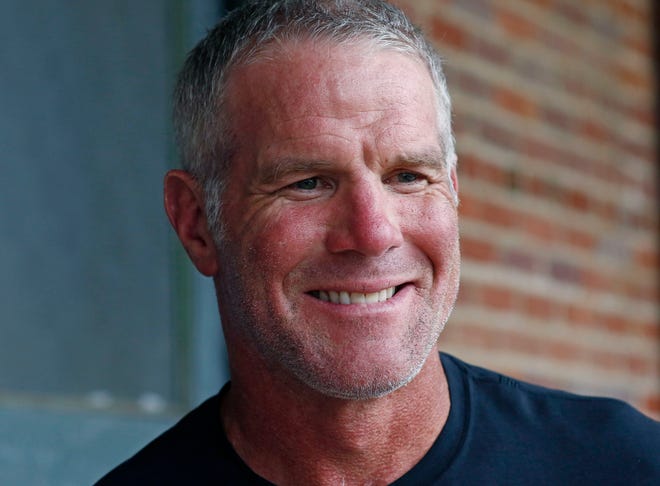 What allegations is Brett Favre facing in the lawsuit?

The state of Mississippi has filed a civil lawsuit against Favre and others to recover more than $20 million in misspent welfare money intended to help needy people in one of the country’s poorest states.

Text messages entered in the lawsuit show that then-governor Phil Bryant was involved in the scheme and even guided Favre on how to write a funding proposal so that it could be accepted by the Mississippi Department of Human Services. Bryant is not among those named in the state’s civil lawsuit.

Rather than the money go to the program, the suit alleges it was funneled through a nonprofit group, the Mississippi Community Education Center, to Favre and eventually spent on a new volleyball facility at the University of Southern Mississippi. Both Favre and former Mississippi Gov. Phil Bryant attended the school. Favre’s daughter started playing on the volleyball team there in 2017.

Who has been charged?

Nancy New and her son, Zachary New, who helped run the nonprofit the Mississippi Community Education Center, pleaded guilty in April to charges of misspending welfare money. They await sentencing and have agreed to testify against others.

John Davis, the former executive director of the Mississippi Department of Human Services pleaded guilty to new federal charges. The state charges are being dropped in exchange for Davis agreeing to plead guilty to federal charges and to testify against others in the case, according to a state court agreement filed Wednesday.

Davis was executive director of the Mississippi Department of Human Services from February 2016 through July 2019. He was appointed to the job by then-Gov. Phil Bryant, a Republican.

The federal charges say Davis conspired with four other people, who are not named.

Favre has not been charged with any criminal wrongdoing.

Has Favre lost any sponsorships?

SiriusXM joined a Milwaukee radio station in halting Hall of Fame quarterback Brett Favre’s appearances on their airwaves, according to multiple reports.

Richard Deitsch of The Athletic reported Sunday morning that Favre’s show on SiriusXM NFL Radio is now “on hold.” Favre first began co-hosting “The SiriusXM Blitz With Brett Favre and Bruce Murray” in 2018. The show aired on Tuesdays through its most recent broadcast on Sept. 13.

On Friday, Front Office Sports reported that the parent company of ESPN Milwaukee has halted Favre’s weekly appearances on that radio station.

More:Defendant: Gov. Tate Reeves should be target of welfare lawsuit — not in charge of it

Who is Brett Favre?

Favre, 52, played in the NFL 20 seasons from 1991-2010, for the Atlanta Falcons, Green Bay Packers, New York Jets and Minnesota Vikings. A three-time MVP, three-time all-pro, 11-time Pro Bowler, Favre was inducted into the Pro Football Hall of Fame in 2016.

He threw for 71,838 yards and 508 touchdowns, both of which stood briefly as all-time NFL records, though which now place him fourth on the current all-time list.