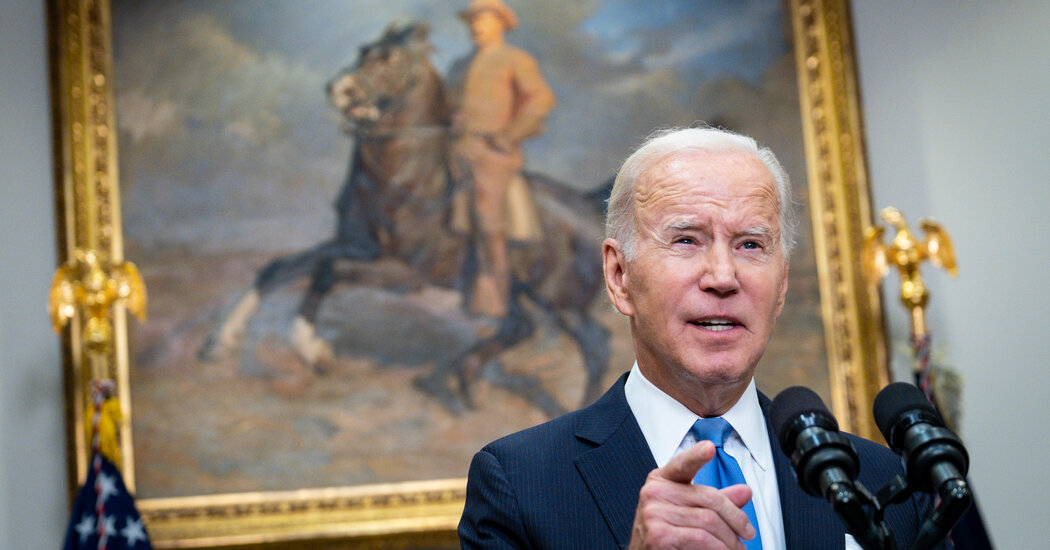 WASHINGTON — President Biden warned Russia on Friday that the United States and its allies would not be intimidated by its latest actions in Ukraine and said that the world would not recognize the sham referendum that President Vladimir V. Putin staged to justify seizing Ukrainian land.

Speaking at a news conference at the White House, Mr. Biden said the United States and its allies would continue to support Ukraine with military equipment and aid. He warned that anyone who supported Russia’s fraudulent claims to Ukrainian territory would also be subject to economic sanctions.

Earlier in the day, Mr. Putin announced in a bellicose speech that Russia would annex four Ukrainian provinces it had invaded. The Russian leader cast the war in Ukraine as an existential battle against the United States and its allies. He accused America of “Satanism” and of trying to impose its culture on the rest of the world.

“He’s not going to scare us or intimidate us,” Mr. Biden said. “He can’t seize his neighbor’s land and get away with it.”

The president also said that Mr. Putin should not dare to take his fight into NATO territory, underscoring the unity among the alliance.

The United States has been investigating leaks that emerged in the Nord Stream gas pipeline and while Mr. Biden said it is not clear exactly what had happened, he believed the damage was the result of Russia’s actions. The United States, he said, is now helping European countries to protect their critical infrastructure.

“It was a deliberate act of sabotage, and now the Russians are pumping out disinformation and lies,” Mr. Biden said.