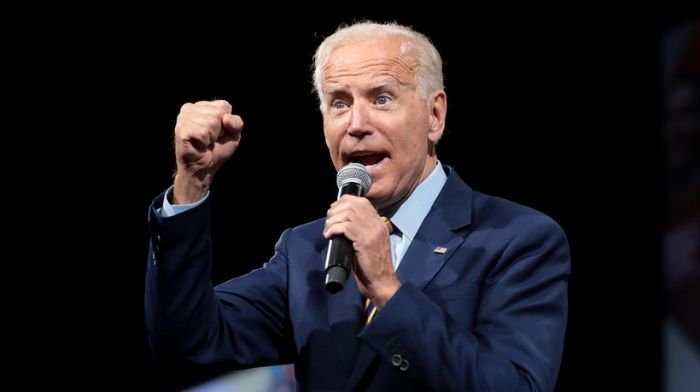 As Americans are forced to deal daily with crisis after crisis brought on by his administration, President Joe Biden’s job approval numbers continue to go down, hitting their lowest point yet.

And with the midterm elections looming, even Biden’s fellow Democrats are having trouble defending him. According to the latest Associated Press-NORC Center for Public Research poll, only 39% of Americans approve of Biden’s job performance.

But there are even worse, eye-popping numbers in the poll.

Breaking Down The Numbers

Biden’s 39% job approval number is bad enough, but the numbers don’t get any better from there. The poll shows that just 20% of Americans think the country is on the right track. That is down from 30% one month ago.

Americans’ thoughts on Joe Biden’s economic performance are equally dismal. Two thirds of Americans disapprove of Biden’s handling of the economy. 51% of those polled said that Biden’s economic policies had done more to hurt the country, and only 18% said they believed his polices helped, down from 24%

Biden’s handling of the economy is a lot like his approval numbers: dismal, and unlikely to improve.

RELATED: A New Era Of News: Check Out Twitreport.com

Friday marked a rather dubious milestone for Joe Biden’s presidency. He has not done a sit down interview with any member of the media in 100 days, his last one being with NBC’s Lester Holt on Super Bowl Sunday. The lack of transparency can be added to Biden’s long list of broken campaign promises.

At just 23 interviews given since becoming President, Joe Biden is well behind his last few predecessors. At the same point in their presidencies, Donald Trump had done 95 interviews, Barack Obama a whopping 187, and George W. Bush had done 60 interviews.

Brad Bannon, a Democrat strategist says, “It would be an advantage for the president to do more interviews.” No doubt Republicans think so too, but for very different reasons.

President Biden’s approval numbers are 39 percent. It’s a new low. But I shook my head when I see 39 percent of Americans actually think he doing a good job. What would a “bad job” look like to them?

Joe Biden is also successfully(?) chasing away some of the Democrat Party’s most traditionally reliable voting demographics. A new Quinnipiac University poll show a mere 26% of Hispanics approve of Biden’s job performance, and a whopping 60% disapprove.

That could prove disastrous in the upcoming midterm elections.

At the same time in 2021, 55% approved and only 29% disapproved. The numbers among Hispanic voters are a huge turn around from 2020, when Hispanics voted for Biden 2 to 1 over Donald Trump.

Hispanics have been increasingly moving toward the Republican Party, with several Hispanic GOP women running for House seats in next Tuesday’s Texas primary in border districts.

The Quinnipiac poll also showed that 48% of registered hispanic voters want the GOP to take the House, and 49% said they want to see Republicans take the Senate. Poll just about any demographic, and Joe Biden is underwater in all of them.

Biden is determined to drive his approval numbers into single digits. Let’s play along.