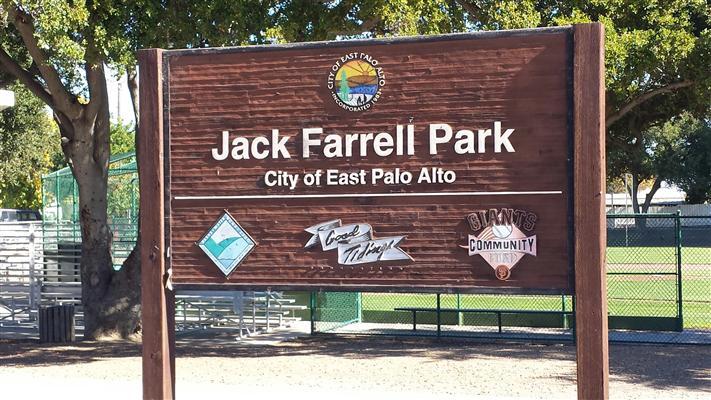 One adult died and three were injured in a Tuesday night shootout at a park in East Palo Alto where dozens of children were playing nearby, officials said.

More than 30 shots were fired at Jack Farrell Park just after 6 p.m. as at least 60 kids were playing.

Police Chief Jeff Liu told KRON that children “ran for their lives” through the park “screaming for their parents.”

“Families and children practicing softball and playing on the playground structures found themselves caught in the crossfires, now traumatized,” the Ravenswood City School District told KRON.

KTVU and other news outlets shared a disturbing video from the shootout showing kids running away from the playground and crying as gunfire erupts.

A girl was recording video of herself playing a game of tag when a gun battle broke out in East Palo Alto Jack Farrell Park. Children ran for their lives as 33 shots were fired. 4 adults were shot.https://t.co/ptY1VhocQ7 pic.twitter.com/odGxSXwLV4

On Tuesday at 6:02 p.m., officers with the East Palo Alto Police Department responded to the park within the 2500 block of Fordham Street after a ShotSpotter, a device designed to be activated by loud noises such as gunfire, went off.

Police on Wednesday identified the person who was killed as Ralph Fields, the cousin of Las Vegas wide receiver Davante Adams.

He died from his injuries as he was being transported in an ambulance to a local hospital for treatment, police said.

Two additional people who were shot were transported to a local hospital and survived. A fourth person who was injured did not request medical aid.

East Palo Alto police investigators said during a police briefing Wednesday afternoon that Tuesday’s incident appears to have been a targeted attack.

This was the city’s first homicide of the year.

Anyone who witnessed the incident can contact the East Palo Alto Police Department by sending an email to epa@tipnow.org, sending a text to 650-409-6792 or leaving a voice mail at 650-409-6792