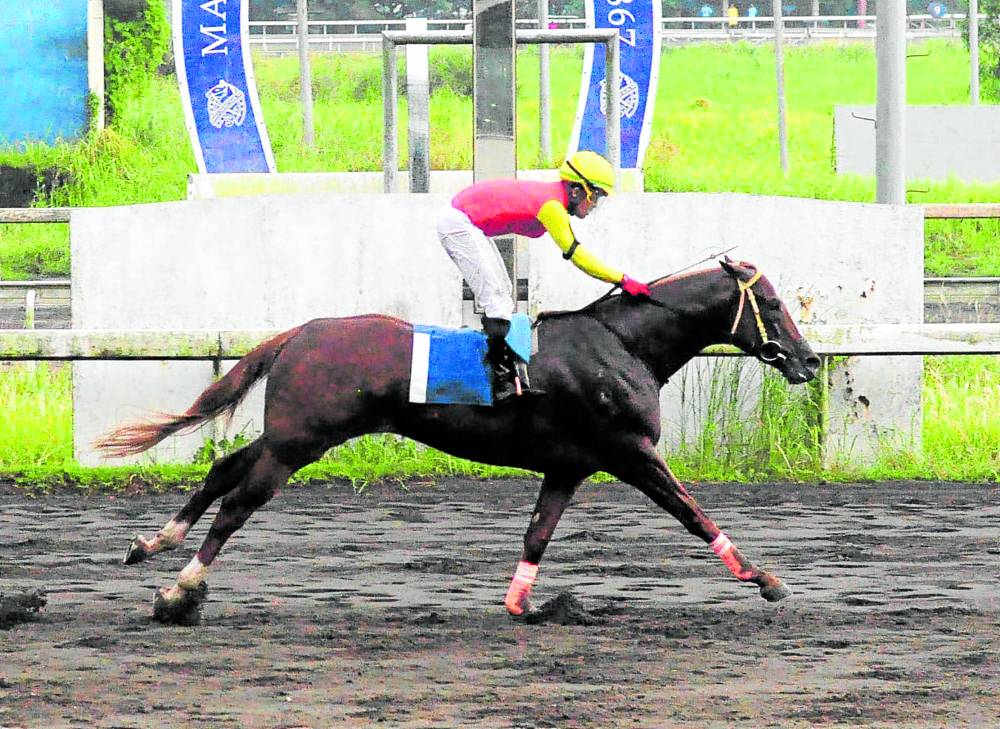 Basheirrou recovers to triumph by two lengths over Jungkook.—CONTRIBUTED PHOTO

Outstanding pick Basheirrou on Sunday afternoon encountered a really scary moment before rider Kelvin Abobo did all the right things in the stretch to salvage the first leg of the Philippine Racing Commission’s Triple Crown series at San Lazaro Leisure Park in Carmona.

The 3-year-old chestnut colt by Brigand out of Allemeuse bolted out of the gates hard and was traveling nicely until the backstretch before allowing all but one back in the race and needing a big finishing kick to prevail by almost two lengths over fourth pick Jungkook.

Radio Bell, the far second choice, provided the early pressure and was the first to fade out of the fight in the 1,600-meter race. But just what seemed like an easy finish for Basheirrou almost turned into a nightmare as long shot Gomezian took the lead after rounding the far turn when jockey OP Cortez found room inside.

Abobo needed to furiously apply the whip and hand-ride his mount ferociously entering the final bend as Basheirrou then held off Jungkook and Jeffril Zarate for the P2.1-million prize and claim the shot at becoming only the 13th Triple Crown champion.

The next leg is set next month and will be run over the longer 1,800 m, before the second concludes in July over the back-breaking 2,000-m distance at MetroTurf in Malvar, Batangas.

The half brother of reigning Kentucky Derby winner Rich Strike, the bay colt ridden by Jesse Guce zoomed to the lead heading into the final 600 m to win unopposed. INQ