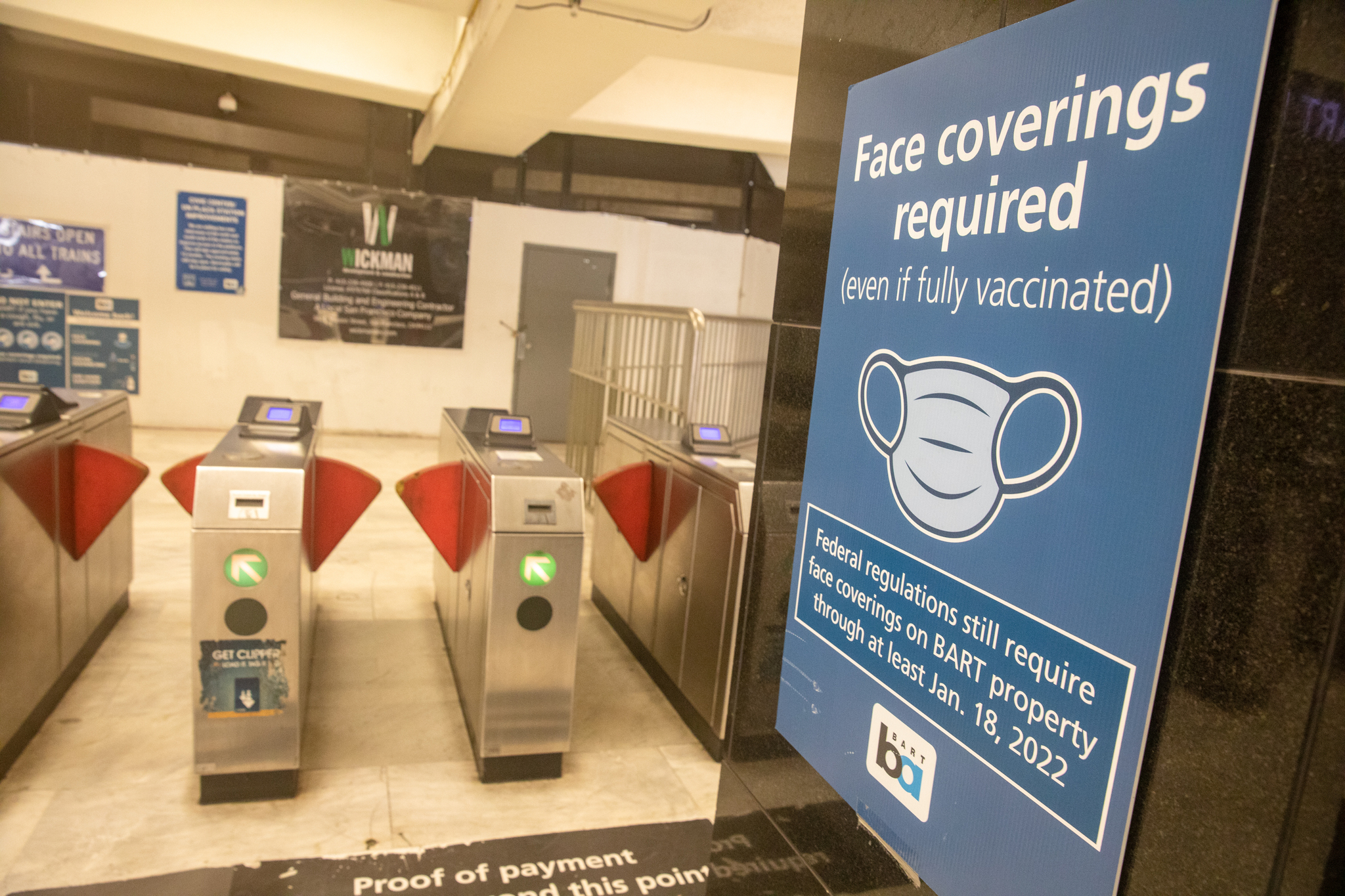 After a federal judge in Florida invalidated the federal mask mandate on airplanes, trains and other forms of transit on Monday, BART publicly says its face covering requirement is technically still active, though BART police will reportedly no longer enforce it.

After the ruling was initially released, a BART spokesperson wrote in an email to SFGATE that “unless there is specific guidance from the federal government, BART will continue to comply with the TSA mask mandate through May 3.” On Monday afternoon, an official from the Biden administration announced that the TSA will no longer be enforcing the mandate on public transportation and at transit hubs.

Following the TSA announcement, KGO reported Monday evening that BART police would no longer enforce the mandate on trains or at stations, though a spokesperson said the rule still remains in effect and new guidance will be released once the agency receives further guidance from the TSA.

Despite a BART spokesperson stating that no such enforcement decision was made, someone from BART who was not authorized to speak publicly told the Chronicle that BART police officers were indeed informed to stop enforcing the mandate.

BART did not immediately return a subsequent SFGATE request for comment and clarification Tuesday morning.

Elsewhere in the Bay Area, the San Francisco Municipal Transportation Agency (which oversees Muni) and Caltrain both announced that masks would still be required.

This story is developing and will be updated as more information is made available.