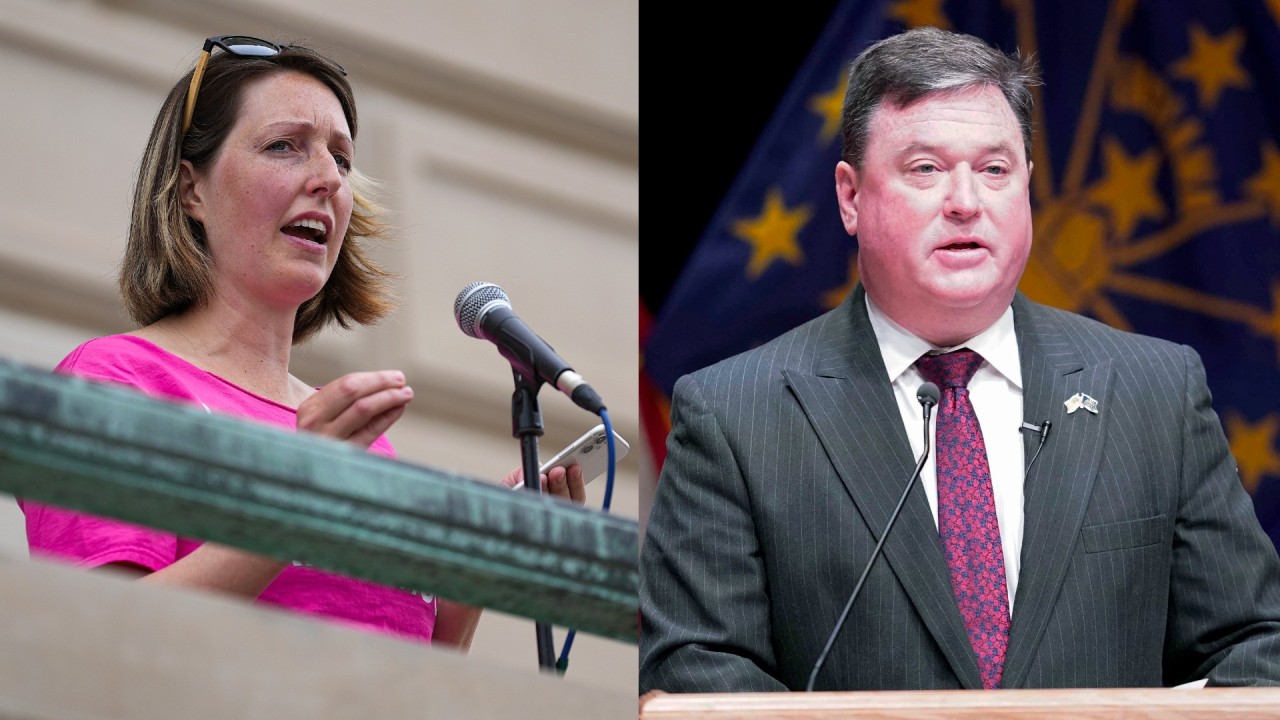 Over the summer, Rokita vowed to investigate Dr. Bernard for performing an abortion on a 10-year-old rape victim who traveled from Ohio to Indiana to seek an abortion after the Buckeye State banned abortions after six weeks following the U.S. Supreme Court’s overturning of Roe v. Wade.

An attorney for Dr. Bernard has since filed a lawsuit against Rokita and the Office of the Attorney General claiming Rokita used “bogus consumer complaints” in an attempt to access patient medical records and “launch baseless investigations” against physicians.


Mike Braun to run for Indiana governor in 2024

In his announcement Wednesday, Rokita said Dr. Bernard failed to uphold legal and Hippocratic responsibilities “when she disclosed her patient’s abuse, medical issues, and medical treatment to a reporter at an abortion rights rally to further her political agenda.”

He also accused Dr. Bernard of failing to immediately report the abuse and rape of a child to Indiana authorities.

The Indiana Medical Licensing Board will examine the accusations and determine consequences should it find them valid.

“Today, the Office of the Indiana Attorney General filed an Administrative Action against Dr. Caitlin Bernard before the Indiana Medical Licensing Board. Based on the physician’s own testimony under oath, she violated federal and Indiana law related to patient privacy and the reporting of child abuse.

“First, the physician failed to uphold legal and Hippocratic responsibilities by exploiting a 10-year-old little girl’s traumatic medical story to the press for her own interests. The Hippocratic oath provides, in part: ‘I will respect the privacy of my patients, for their problems are not disclosed to me that the world may know.’ Dr. Bernard violated the law, her patient’s trust, and the standards for the medical profession when she disclosed her patient’s abuse, medical issues, and medical treatment to a reporter at an abortion rights rally to further her political agenda. Simply concealing the patient’s name falls far short of her legal and ethical duties here.

“Second, she failed to immediately report the abuse and rape of a child to Indiana authorities. This is required under Indiana law. Here, only Indiana authorities could have possibly stopped this little girl from being sent home to endure possible future harm by her alleged rapist.

“This case is not about whether an abortion was performed. It also is not about the Office exposing anyone’s medical file. Those were arguments designed to thwart our investigation into the physician’s behavior.

“As the Office of the Attorney General, it is our duty to ensure that doctors meet the standard of care. In our opinion, Dr. Bernard fell short in this situation. Now, it is up to the Medical Licensing Board to determine whether there are consequences for violating a patient’s privacy rights and the obligation to immediately report child abuse to Indiana authorities.”

FOX59/CBS4 has reached out to Dr. Bernard for a response.