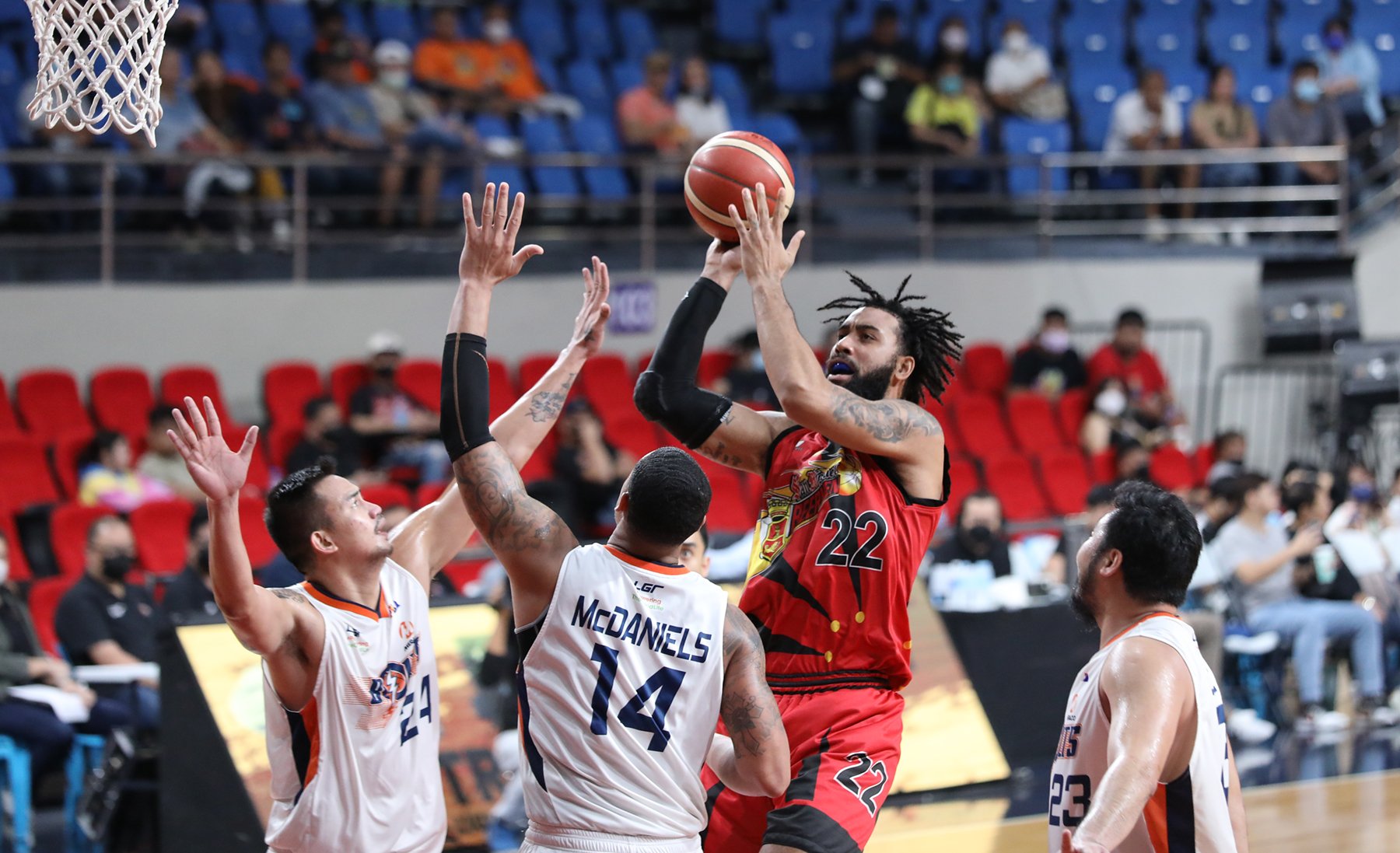 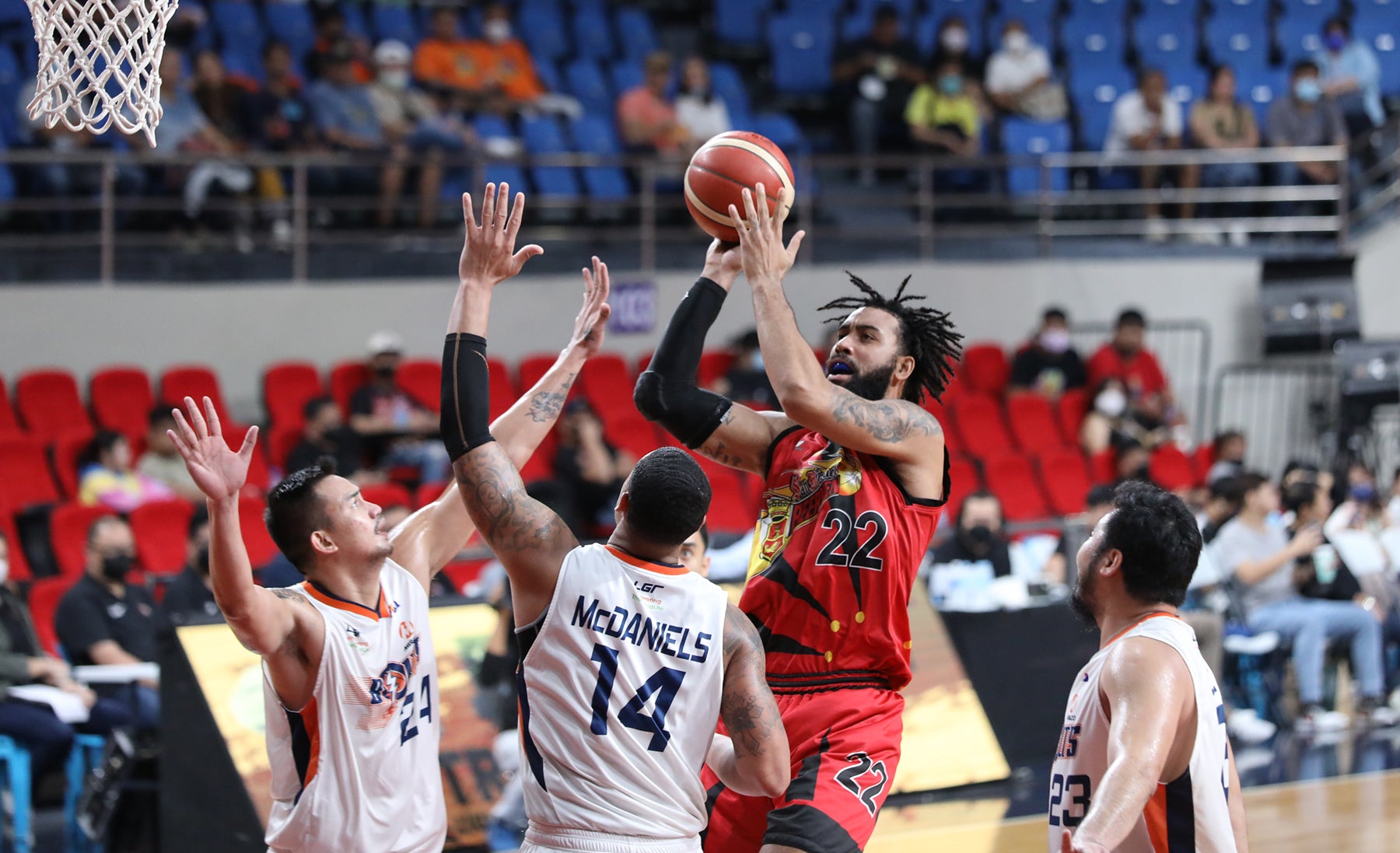 Jorge Gallent and his fellow assistant coaches are focused on trying to make sure San Miguel Beer remains in good spirits even in the continued absence of head coach Leo Austria as the Beermen enter the quarterfinals of the PBA Commissioner’s Cup as the hottest team in the field.

“We as assistants are just doing our jobs at taking his place,” Gallent said after the Beermen beat the Meralco Bolts, 113-108, Friday at Philsports Arena in Pasig City to end the eliminations on a four-game winning streak.

That run came after Gallent was tasked to take over for Austria, who has yet to return despite being placed off the league’s health and safety protocols, as San Miguel eventually finished with a 7-5 record for No. 5 seed and a best-of-three meeting with No. 4 Converge.

The second game saw Magnolia rally in the fourth quarter to beat Rain or Shine, 106-90, and secure second spot that goes with a twice-to-beat advantage against No. 7 Phoenix.

Rain or Shine, which lost an 11-point lead, ended the elims at 5-7 and will face NLEX in a playoff for the No. 8 spot on Sunday at the same venue.

But the impressive run under Gallent has raised some speculations if the temporary switch is a permanent one despite Austria. This, despite Austria guiding the Beermen to nine championships, including this year’s Philippine Cup.

Austria the previous day was quoted in a story posted on the PBA website that he would rather let Gallent call the shots for the meantime, so as to not disrupt the gains of San Miguel while he was away.

San Miguel’s playoff fortunes were hanging in the balance at 3-5 when the reins were handed to Gallent. Since then, the Beermen appeared to have regained the form that enabled them to win multiple championships under Austria.

The streak also coincided with the return of June Mar Fajardo and Terrence Romeo, who against Meralco saw action after a nine-month absence, from injuries.

Gallent, however, said he and the rest of the staff are eager to see Austria back on the sidelines, especially with San Miguel expecting a tough battle with coach Aldin Ayo and the fast-paced Converge side.

“We’re just waiting for him,” Gallent said. “Once coach Leo is ready mentally and physically, then he’s gonna join us.”

Import Devon Scott had 32 points and 13 rebounds in another strong performance that was a complete opposite when he made his debut for the Beermen against the FiberXers last month.

Romeo had a tale of two halves in his first taste of on-court action since March, producing 12 points on 5-of-14 shooting in 16 minutes.

“Just to once again play basketball is already a blessing to me,” said Romeo in Filipino. “I hope that I can continue playing without getting injured.”

“My conditioning is okay, but I still have to get into game shape and get my rhythm back,” he added.

Meralco, which before tipoff was already booted out of contention after its collapse against NLEX last Wednesday, ended the conference at 4-8, but there’s high hopes that it can regain its competitive fire in the Governors’ Cup with import KJ McDaniels.