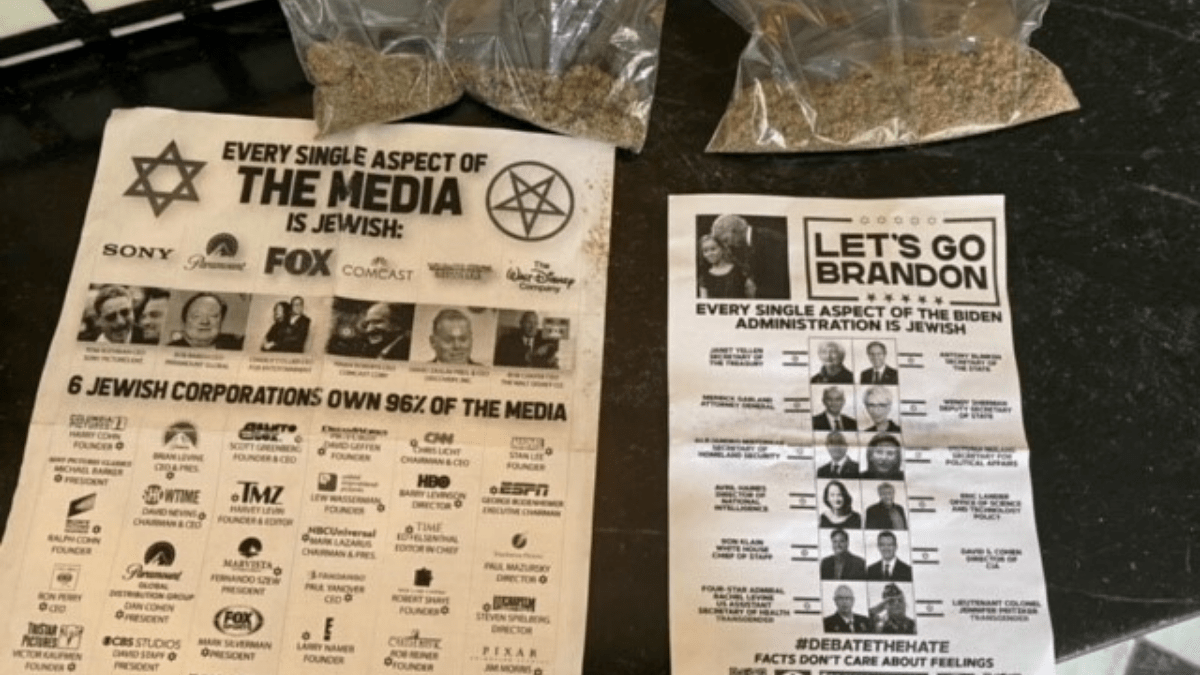 A series of antisemitic flyers were left in Beverly Hills and Hollywood Hills on Saturday, in an uneasy start to the first full day of Passover.

Residents of neighborhoods in Hollywood Hills, Doheny and Vista in Hollywood and around Beverly Hills reported seeing papers inside plastic bags filled with sand — weighted so the flyers would not blow away.

Some of the flyers listed antisemitic stereotypes and tropes about Jewish people controlling the media and the government, while others claimed that COVID-19 was an “agenda.”

Beverly Hills police were aware of the fliers and taking steps to collect them from the neighborhoods where they were distributed, they said.

The department “is aware of Anti-Semitic flyers that were distributed in the extreme north end of the city,” they said in a statement to NBC4. “The flyers are currently being collected.”

The number of flyers left around the various neighborhoods is not yet known, as they are still being collected.

Saturday’s incident is not the first time in recent months that unknown individuals have distributed antisemitic flyers around Southern California.

In late February, flyers were found in Huntington Beach and Newport Beach.

In December, flyers were left in Beverly Hills on the first night of Hanukkah.