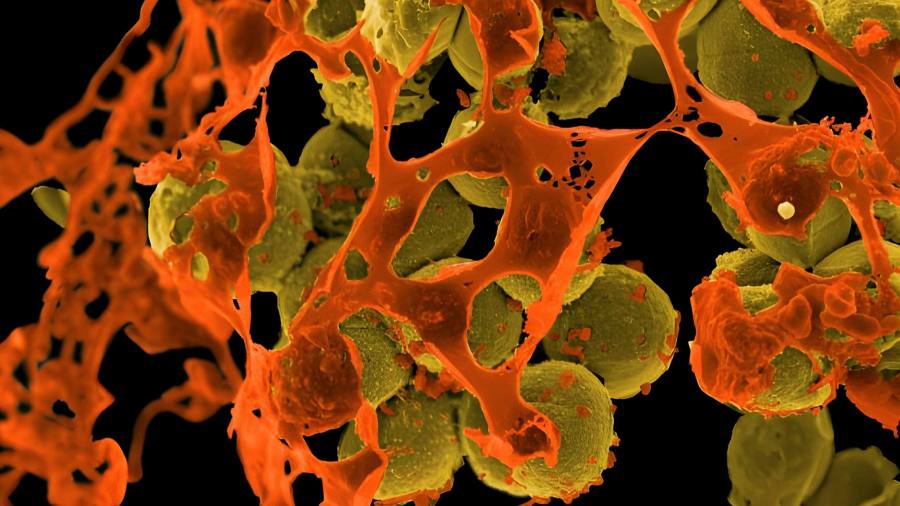 The pharmaceutical industry rose to the challenge of Covid-19. But it has largely failed to address the threat posed by antibiotic resistance, which also kills millions. A pioneering subscription-style payment mechanism, announced by the UK last week, could provide new incentives for developers while curbing overuse.

Under the deal, the NHS in England will pay £10mn a year to Pfizer for its Zavicefta combination antibiotic. It will pay the same fixed fee to Japan’s Shionogi for Cefiderocol, an innovative antibiotic that — Trojan horse-style — uses the bacteria’s own iron uptake system to gain cell entry.

Such originality is rare. In 2020, drug companies were testing only 41 new antimicrobials compared with about 1,800 immuno-oncology drugs. Although antibiotics fuelled the growth of Big Pharma last century, the industry has retreated since. Many small innovators have collapsed.

Profiting from drugs used by the small number of patients with drug-resistant infections for a short time is difficult. The research, development and commercialisation costs of creating a novel antibiotic is more than $1bn. Cumulative revenues over 10 years are likely to be less than half that, according to consultants BCG. After taking account of factors like a 10-12 per cent investment hurdle rate and a contribution to the cost of failed drug candidates, it calculates the minimum incentive per antibiotic would need to be at least $2bn.

See the £10mn on offer from the UK in that light. By itself, the amount is hardly a game changer. Just maintaining Shionogi’s manufacturing plant for its antibiotic drug will require about $100mn in revenue a year. But if other G20 countries chipped amounts proportionate to their GDP, the figure adds up to £3bn over 10 years.

That supposes countries can agree on what constitutes a fair share, as well as the best incentive mechanism. While the subscription model has important merits, other options being discussed include one-off payments, minimum price guarantees and “transferable exclusivity vouchers”, which reward antibiotic developers with patent extensions on other medicines.

International co-operation is desperately needed to solve this market failure. There is little chance of overcoming antibiotic resistance unless Big Pharma can be induced to overcome its own resistance to antibiotic research.

If you are a subscriber and would like to receive alerts when Lex articles are published, just click the button “Add to myFT”, which appears at the top of this page above the headline.