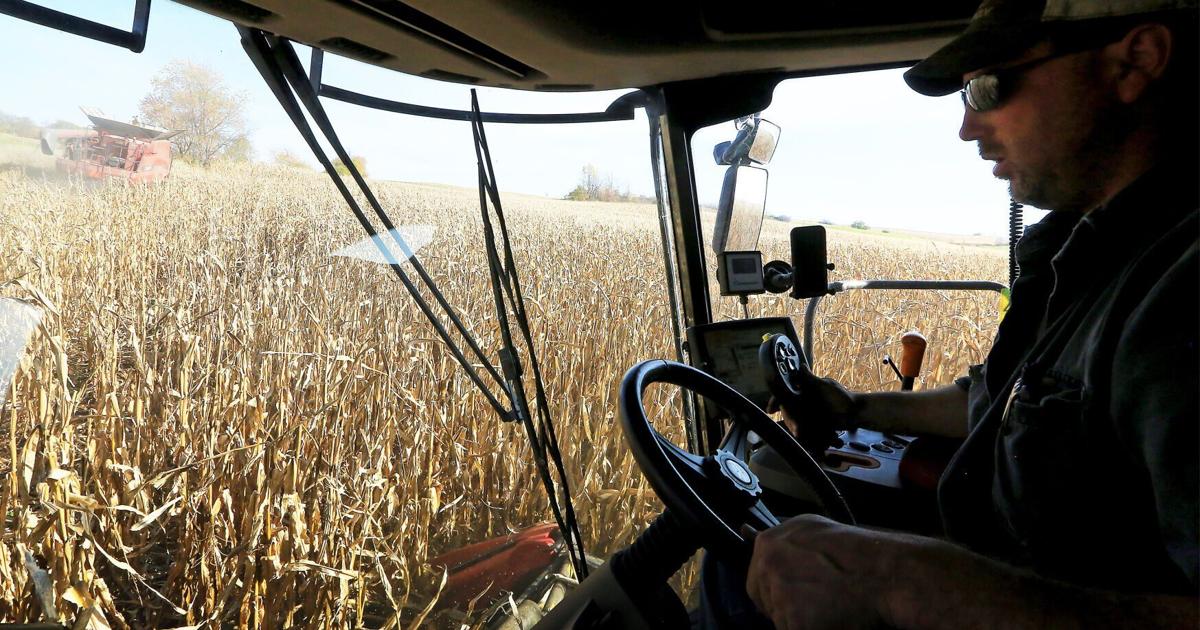 Luckily for my family, we get along. So when it came to deciding what to do with our farm in rural Fond du Lac, about 75 miles northeast of Madison, we agreed to form a trust to keep the land together.

We rent most of our land now to neighbors, who use it to grow crops. But our neighbors, like most farmers, are getting on in years, which raises questions about whether this relationship can continue long-term.

These aging farmers, like us, must make decisions about what to do with their farms, as their children move to urban areas and real estate developers are eager to buy their land for subdivisions. Between 1992 and 2012, more than 31 million acres of U.S. farmland left food production for housing.

Without policies to dedicate land to small-scale, prospective farmers, the future of agriculture is in danger. According to the American Farmland Trust, approximately 40% of U.S. farmland is owned by people over 65, and thus will presumably change hands over the next 15 years. That’s approximately 370 million acres.

Some farmers see an opportunity to cash in. According to the USDA, farm real estate values increased 7% from 2020 to 2021 alone.

Even Bill Gates is taking advantage. The co-founder of Microsoft is now the nation’s largest private owner of farmland, with 269,000 acres as of 2020.

Contributing to that increase is the pension firm known as Teachers Insurance and Annuity Association, or TIAA, which has been involved in large-scale transactions totaling hundreds of thousands of acres of farmland, not only in the United States but also in Brazil, Europe and Australia. Critics claim that TIAA’s acquisitions drive up land prices and contribute to the creation of plantation-style operations that use environmentally harmful chemicals.

Meanwhile, as of 2020, various European countries, such as the Netherlands and Germany, as well as China, have spent billions to purchase millions of acres.

Even Bill Gates is taking advantage. The co-founder of Microsoft is now the nation’s largest private owner of farmland, with 269,000 acres as of 2020. “It’s an asset with increasing value,” explains American Farmland Trust CEO John Piotti. “It has great intrinsic value and beyond that, it is a limited resource.”

Some policies could protect farmland from wealthy elites and developers. For instance, the Bankhead-Jones Farm Tenant Act, a New Deal-era reform, created a land bank, which made the government a vehicle for transferring property to new farmers, instead of the market. Even though sufficient resources were never allocated to the initiative, more than $9 million was dedicated to 38,000 applicants in 1937 alone.

A similar idea is in the current Justice for Black Farmers Act. This bill would help potential Black farmers with credit and technical assistance to acquire farms of 160 or fewer acres. And if a farmer begins, but quits, the land reverts to the USDA for distribution to another person.

And the National Young Farmers Coalition, as part of its One Million Acres campaign, calls for creating land banks for prospective farmers, as well as a proposal to forgive the student loan debt of young producers so they can have more resources.

A trust keeps my family’s farm intact. But not every farm family has that option. For farmers who are aging and want to keep their land in agriculture, certain policies may work as bridges to help a new generation enter the profession. Hopefully, our legislators realize this, recognizing that the future of our country’s food system is at stake.

Pahnke, who grew up near Fond du Lac and graduated from UW-Madison in 2004, is vice president of Family Farm Defenders and an associate professor of international relations at San Francisco State University: anthonypahnke@sfsu.edu and anthonypahnke.com. He wrote this for The Progressive magazine in Madison and Tribune News Service.

Get local news delivered to your inbox!