Americans Over 60 Should Get Second Booster, Official Says 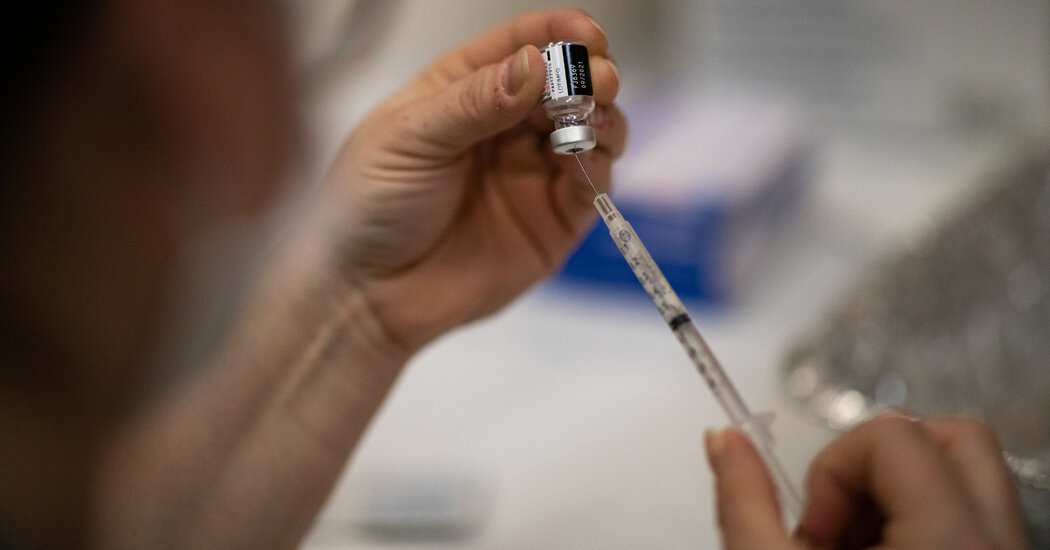 Dr. Jha’s comments, on “Fox News Sunday,” came after the Food and Drug Administration on March 29 authorized second booster shots of the Pfizer-BioNTech and Moderna coronavirus vaccines for everyone 50 and older.

The F.D.A. said the move was an effort to strengthen waning immunity against severe disease as the more contagious subvariant of Omicron, known as BA.2, was emerging as the dominant version of the virus in the United States.

Asked if Americans should get a second booster shot, Dr. Jha, who was named the Biden administration’s Covid-19 response coordinator last month, pointed to research from Israel that indicated that a fourth shot offered strong protection, particularly against severe illness, in people over 60.

“The data out of Israel is pretty compelling for people over 60,” he said. “When people got that second booster shot four months after their first booster, what we saw was a substantial reduction, not just in infections, but in deaths. So I think people over 60 should be getting it.”

The Israel study did not provide data on the effectiveness of a second booster in people younger than 60. Israel authorized a fourth dose of the Pfizer-BioNTech vaccine for those 60 and older, and for other high-risk populations, in January.

In a separate appearance on “This Week with George Stephanopoulos,” Dr. Jha said that a second booster shot for Americans between the ages of 50 and 59 “is a much closer call.” People in that age group should consult a physician before getting a second booster, he said.

“Fifty to 59, you’re eligible,” he said, noting that whether to get a second booster depends on a person’s risk profile.

“But for me, based on the data, 60 and above, I think it’s very reasonable,” he said. “This is what I’ve recommended to my elderly parents, and that’s what I think people should do.”

Dr. Jha said it remained to be seen if BA.2 would cause more severe disease than earlier variants and subvariants of the virus. Cases are ticking up, but hospitalizations “are at the lowest level of the pandemic,” he said on “Meet the Press.”

“The good news is our vaccines are holding up really well against BA.2, against all of the Omicron variants, especially if you’ve been boosted,” he said. “So the key here is you’ve got to have the initial two shots, and you’ve got to have a booster. That’s what’s really protecting people at this moment.”