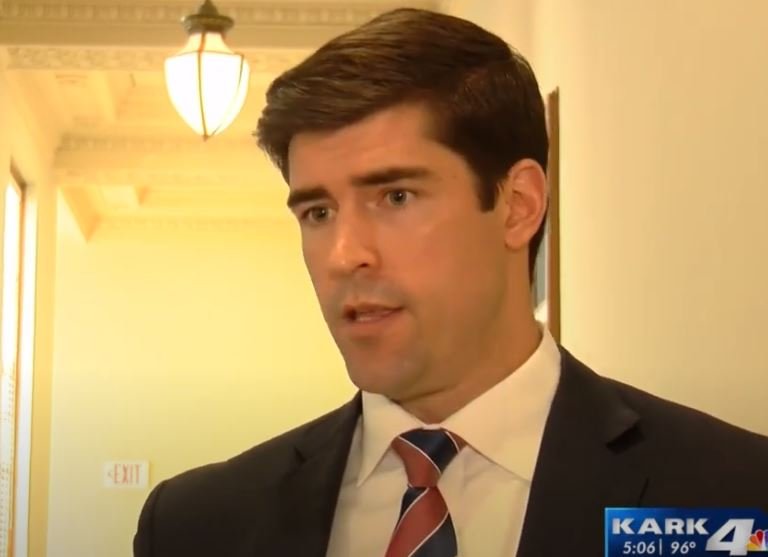 As Cassandra Fairbanks reported earlier this week — Arkansas Senate candidate Jake Bequette’s name was printed incorrectly on thousands of ballots in the state.  And state election officials are refusing to correct it.

The ballots in several counties say “Jack Bequette” instead of “Jake Bequette.”

Bequette has now released audio of his campaign calling election officials to have the issue corrected — and being told that they will not fix it because voting has already started.

BREAKING NEWS: For weeks, state election officials knew my name was wrong on thousands of ballots. Now that voting has started, they’re refusing to correct it because a company in Omaha controls Arkansas voting machines.

Speaking to the Gateway Pundit, Bequette said that the ballot issue is part of the “establishment political machine” trying to “steal another election.”

“The voter fraud that occurred in the 2020 election was absolutely egregious, and now we’re seeing the establishment political machine try and steal another election here in Arkansas,” Bequette said. “For weeks, statewide election officials have known that my name was going to be listed incorrectly on ballots here in Arkansas, but they refused to act, correct the ballots, notify the voting public, or even notify my campaign.”

Bequette continued, “That’s what an intentional, political cover-up of voter fraud looks like. It’s disgusting, and it should be fixed immediately. I’m calling for Secretary of State John Thurston and Attorney General Leslie Rutledge to fully investigate this fraud and find a solution that will ensure voters across Arkansas are able to confidently participate in this election process and vote for a true conservative warrior.”

As an Army veteran, former NFL player, and Arkansas Razorback, I have lived my life with service and conservative values at the forefront.

Now, I have a calling to do more. That is why I am running for the United States Senate. Join my team here: https://t.co/Sb5kqWKhWU pic.twitter.com/ecxxwhsOWU

On Friday night Jake Bequette went on with Tucker Carlson. Bequette said he was going to sue California counties for misspelling his name on their ballots.

Bequette had his first hearing on Friday.  He was suing the Secretary of State for the error on the ballots.

Bequette told Tucker Carlson the counties are now starting to correct the error.