Airbus to amass €10bn as protection against future crises 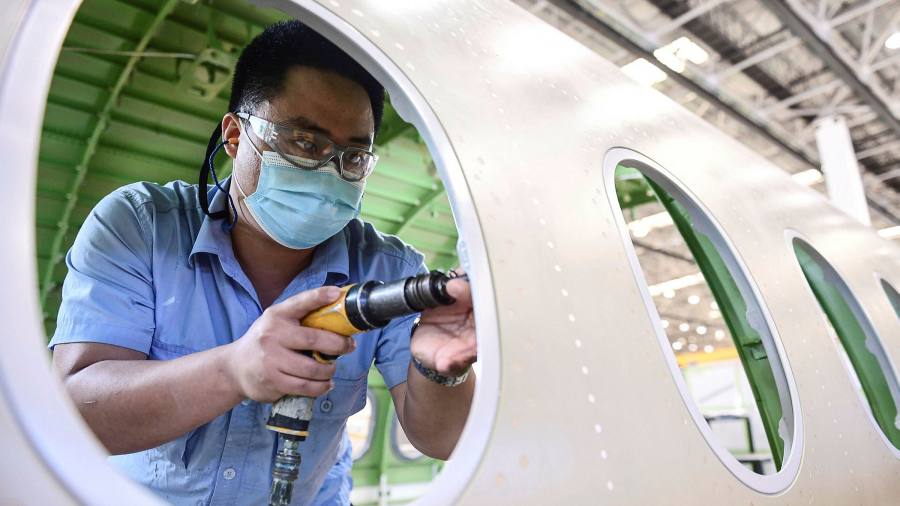 Airbus is amassing €10bn as protection against future crises and to prepare for investment when needed in new generation aircraft, according to its chief financial officer.

Dominik Asam said the European champion wanted to be “rock solid” against emergencies such as the Covid-19 pandemic.

The manufacturer also wants to maintain the flexibility to invest in fresh programmes, particularly in the event of US rival Boeing developing a new jet, or consider acquisitions.

“I would call it a kind of an insurance policy,” Asam told the Financial Times in an interview.

Airbus has enjoyed a dramatic revival of its balance sheet since the height of the Covid-19 crisis, which caused a severe cash outflow.

Most airlines stopped ordering new jets and tried in many cases to cancel or defer orders. Airbus suffered a negative cash outflow of €4.4bn in the second quarter of 2020.

The path to deliver 720 aircraft this year is not a given. It is a target we have. The challenge around the guidance has increased.

Asam said that despite the evident recovery it was “premature” to discuss whether investors might want Airbus to hand back more cash. The company still has a pension deficit to fund and will consider what to do once it has exceeded the net cash target.

The company also needed to be “prepared in case our competitor launches a new programme. We would have to consider how we would respond. That could cost a lot of money”.

However, Asam added: “We think currently there is quite a challenging environment for new programmes on the single-aisle side” as both the A320 family and Boeing’s 737 range of jets were already equipped with “super efficient engines”.

“We don’t see any major quantum leap in energy efficiency on the engine this decade.”

The European company’s robust financial health stands in stark contrast with that of Boeing, which had planned a new midsized jet to counter Airbus’ dominance before the two fatal crashes of its 737 Max jets, but now faces questions over its ability to fund a new aircraft programme.

The US company’s net debt spiralled since the start of the pandemic and is still at $45bn. Boeing’s previous management has come under fire for spending more than $40bn on share buybacks between 2013 and 2019.

“Covid brought a really unpleasant shock that you can see €12bn of cash flow out in just three quarters when things go wrong and that is precisely the time when you cannot raise equity,” said Sash Tusa, analyst at Agency Partners. Airbus, he added, has historically held high levels of cash that has “stood them in good stead, so why change it”.

Asam declined to comment on Boeing’s strategy but said that Airbus had spent significantly more on research and development and capital expenditure last year than its rival. 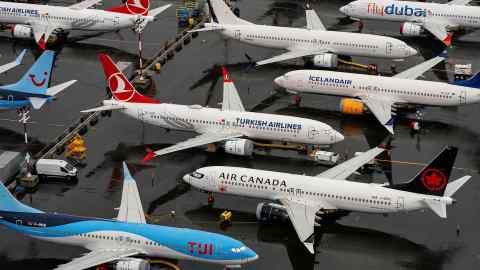 Boeing, he said, has “cut much deeper than we have” through the crisis. “That is important. Normally progress in innovation and capacity comes at a cost.”

“Our investment . . . gives us the ability I hope to be on the front foot in this competitive environment to drive the next generation of aircraft and to finance initiatives like the [A350] freighter and the [long-range version of the] A321.”

Airbus’s biggest current challenge is its own plan to speed up production of its medium-sized A320 family of aircraft, which competes with Boeing’s 737.

It wants to make 75 of the planes a month from 2025 — up from a current monthly build-rate of about 50. The company has previously outlined plans to boost production to 65 a month by the summer of 2023.

Asam said the company has so much demand for its A321 jets that it has no delivery slots available for the next five years.

“For us, the rate 75 is required in the timeframe to 2025/26/27 to deliver to the customer demand we already have on the books, even assuming some attrition in the demand. We are sold out through 2027 on the A321.”

He conceded, however, that external risks remained, including current lockdowns in China and the cost of inflation in the supply chain.

“The path to deliver 720 aircraft this year is not a given. It is a target we have. The challenge around the guidance has increased.”